Accessibility links
Maine Fisherman Catches His Second Rare Lobster : The Two-Way The Portland Press Herald reports that "Captain Eli," a rare orange lobster, will be kept at the Fisherman's Catch Café in Raymond, Maine, before Bill Coppersmith releases it back into the ocean. 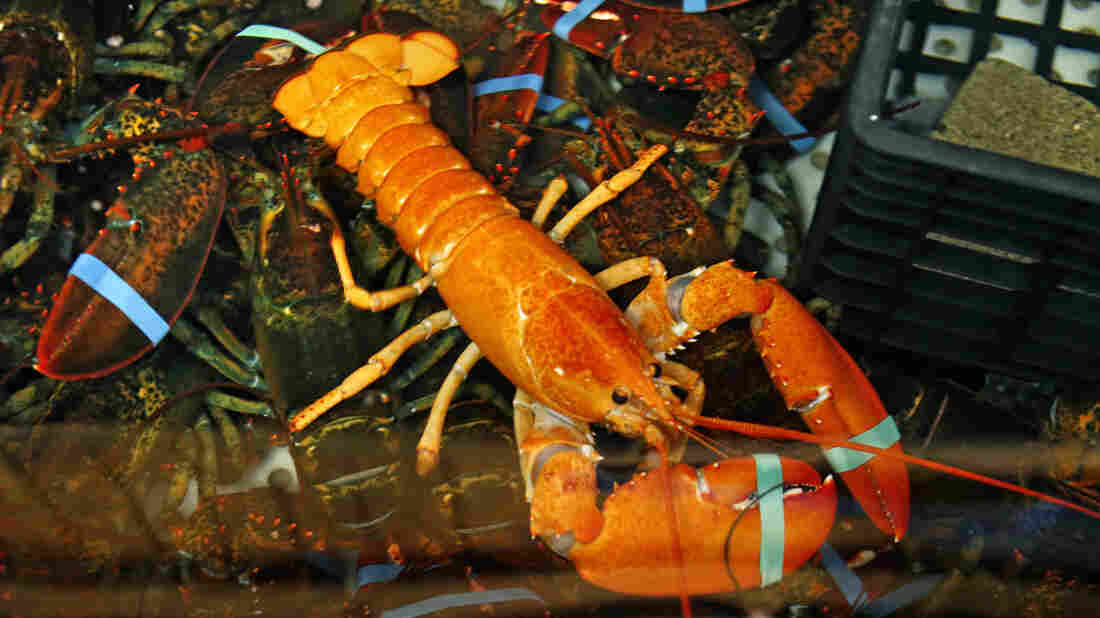 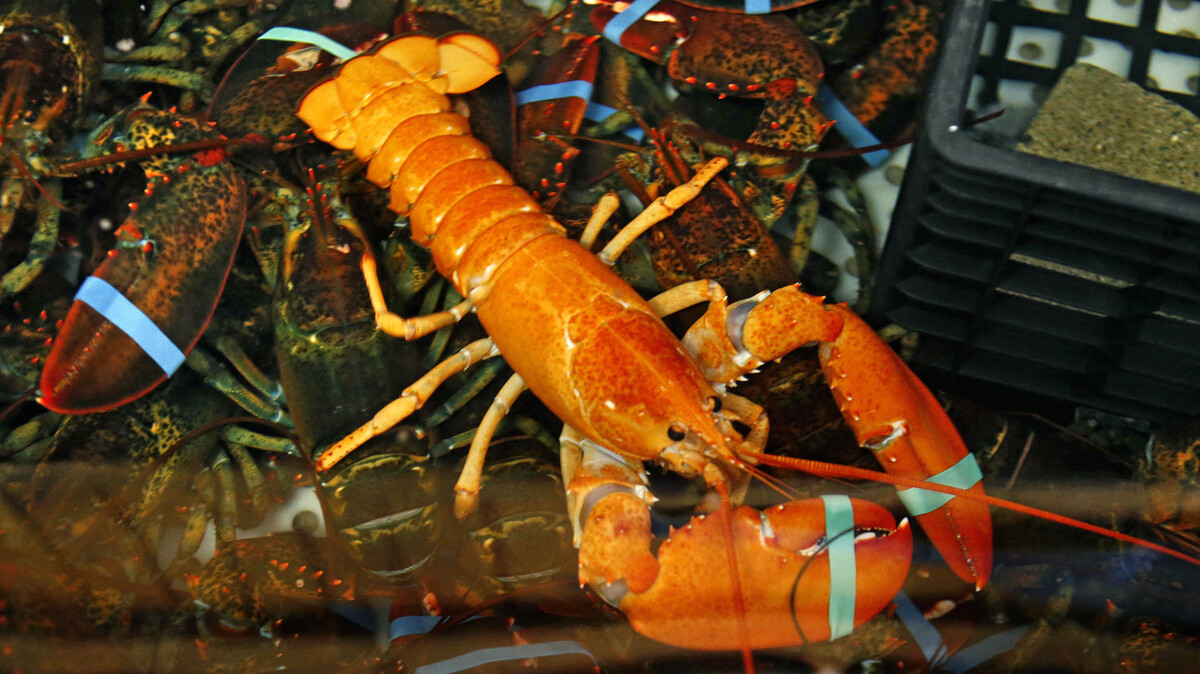 Bill Coppersmith, a fisherman in Maine, might want to buy a lottery ticket. He's gotten pretty lucky lately. This week he caught a rare orange lobster while fishing with his sternman Brian Skillings, writes the Portland Press Herald.

The paper talked to Robert Bayer, executive director of The Lobster Institute at the University of Maine, who said that the actual odds of catching an orange lobster would just be a guess. But "it's one in several million, there's no doubt about that," he said.

It's not Coppersmith's first rare catch. He caught an albino lobster in 1997. The Associated Press writes that catching a white lobster is a one-in-100 million chance. The Herald reports that "Captain Eli," as Coppersmith has named the rare orange lobster, will be kept at the Fisherman's Catch Café in Raymond, Maine, before he releases it back into the ocean.