Accessibility links
In Libya, Gadhafi's Son, Saif Al-Islam, Is Sentenced To Death In Absentia : The Two-Way The sentence was handed down in connection to killings during the 2011 uprising that overthrew his father, Moammar Gadhafi. Saif Al-Islam, however, is being held by a militia in the west.

In Libya, Gadhafi's Son, Saif Al-Islam, Is Sentenced To Death In Absentia

In Libya, Gadhafi's Son, Saif Al-Islam, Is Sentenced To Death In Absentia 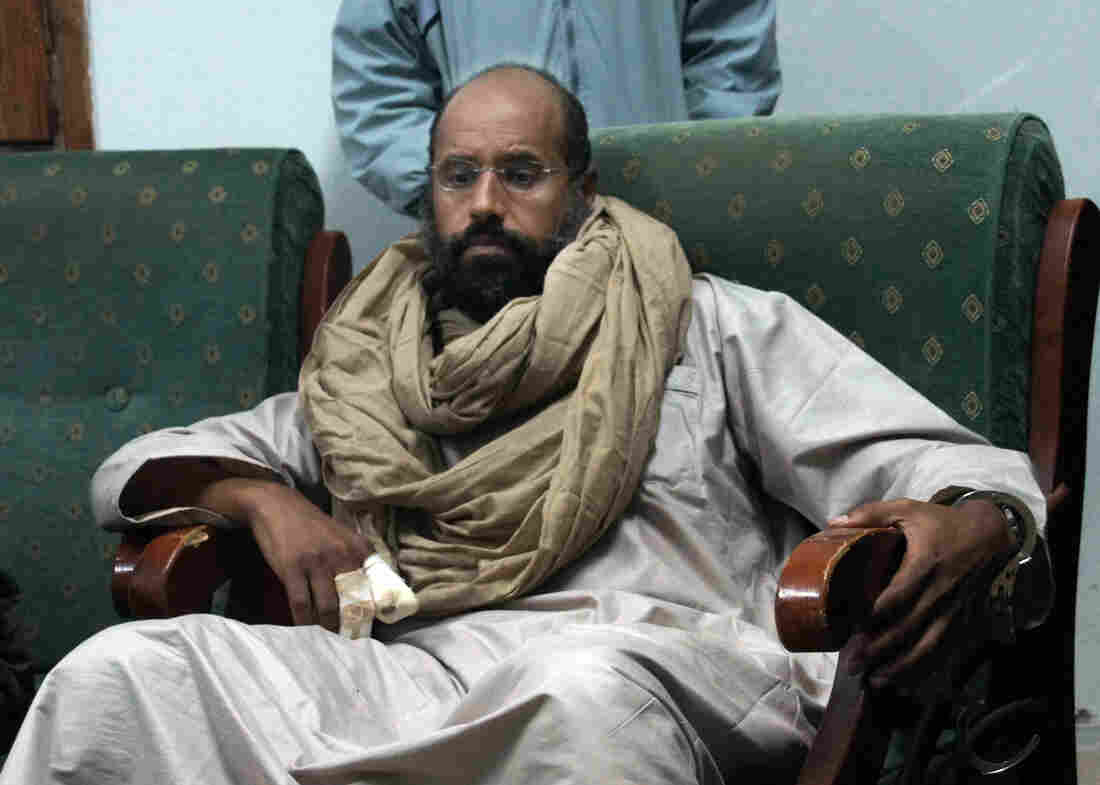 Seif al-Islam is seen after his capture in 2011. Ammar El-Darwish/AP hide caption 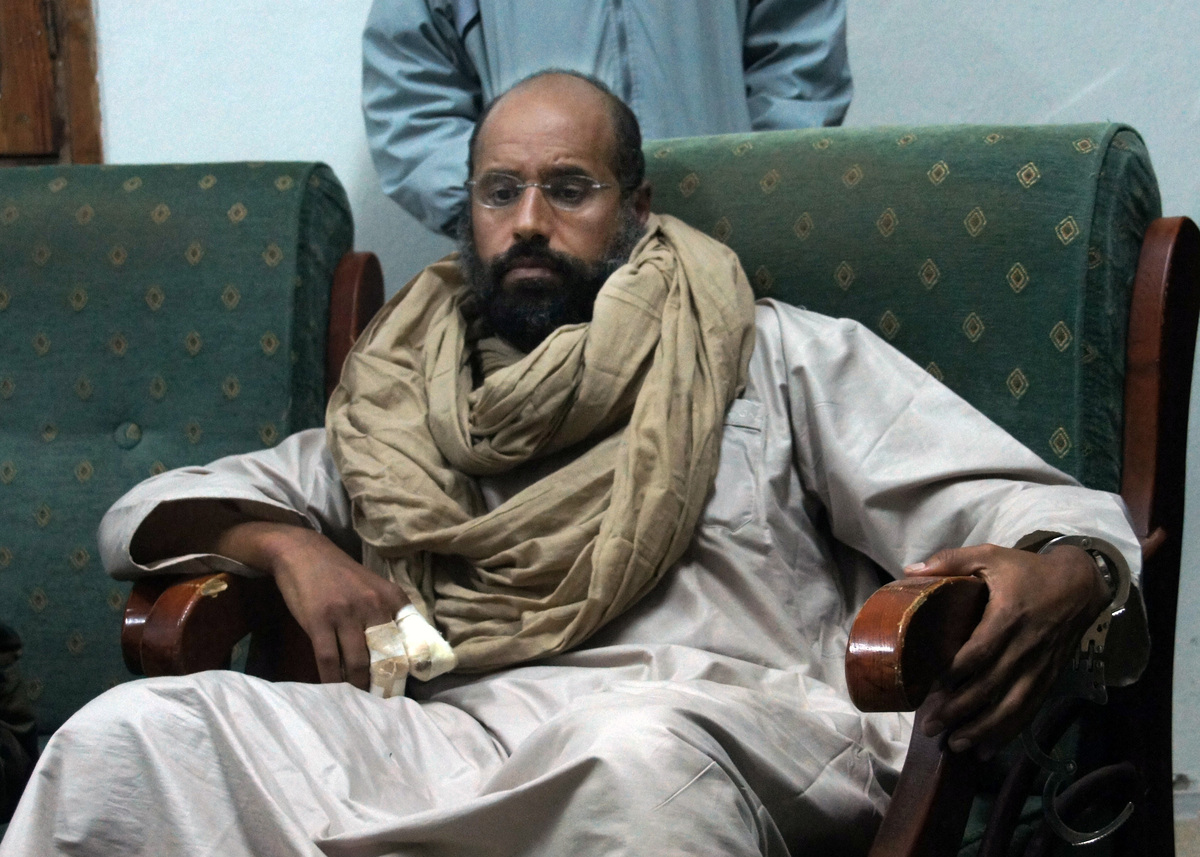 Seif al-Islam is seen after his capture in 2011.

A court in Tripoli has sentenced the son of Moammar Gadhafi to death in connection with killings during the 2011 uprising that ended Gadhafi's rule.

NPR's Leila Fadel reports from Cairo that because the country is in such disarray, the sentence was handed down in absentia. She filed this report for our Newscast unit:

"A spokesman for Tripoli's self-declared government said Saif Al-Islam Gadhafi is one of nine former regime figures who were sentenced to death today. The rest, including Libya's former spy chief, are all in a prison in Tripoli.

"Right now, Saif Al-Islam is being held by a militia in the western city of Zintan. For years, the militia has refused to hand him over to the central government.

"And right now Libya is a country divided and sliding into chaos. There's a self-declared government in the capital, backed by mostly Islamist militias. Meanwhile, the internationally recognized government of Libya is relegated to the country's east and backed by rival militias, including the militia in Zintan.

"Saif Al-Islam is also wanted by the International Criminal Court on charges of crimes against humanity."

The BBC reports that Saif Al-Islam will be able to appeal his death sentence.