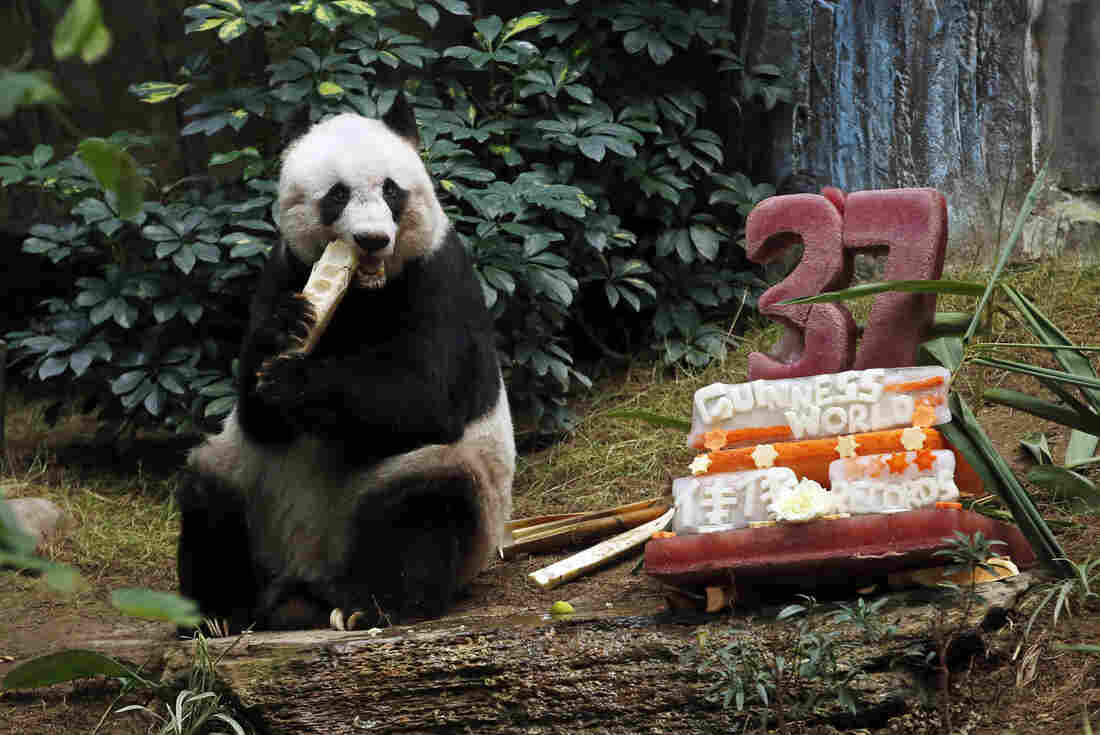 Giant panda Jia Jia eats bamboo next to her birthday cake made with ice and vegetables at Ocean Park in Hong Kong, on Tuesday. Kin Cheung/AP hide caption 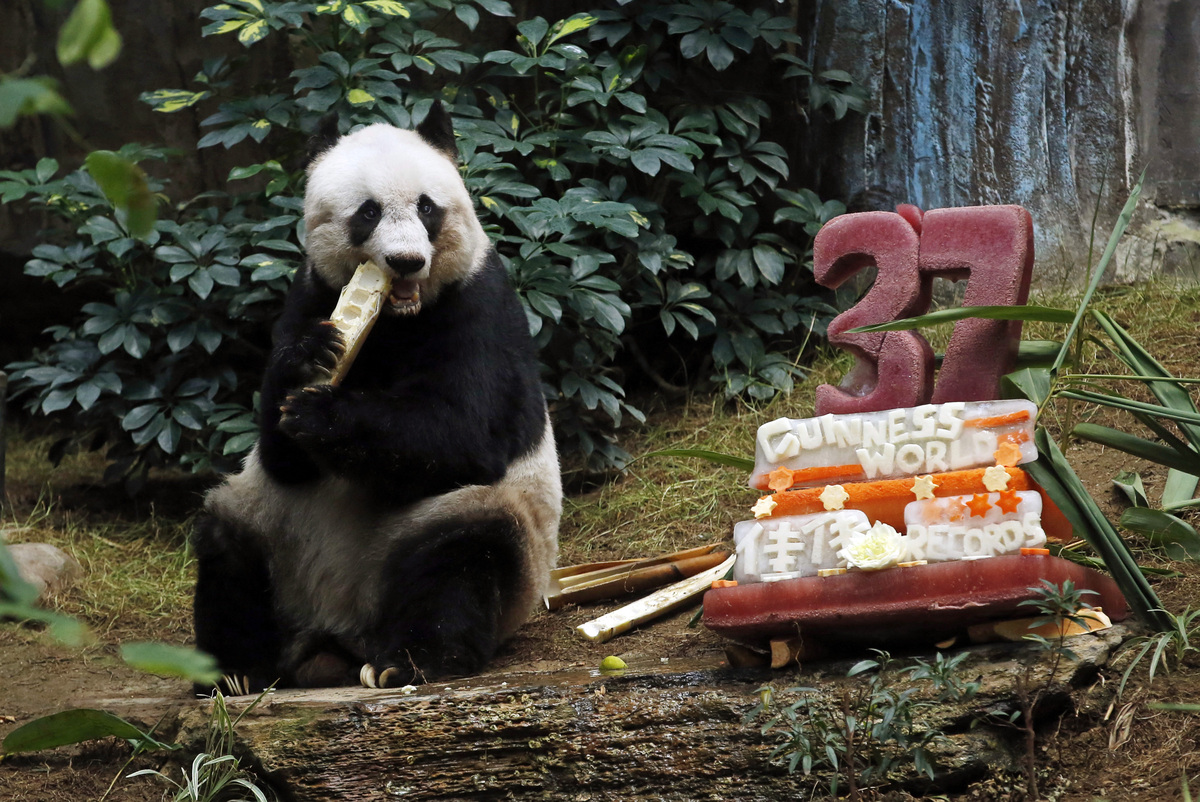 Giant panda Jia Jia eats bamboo next to her birthday cake made with ice and vegetables at Ocean Park in Hong Kong, on Tuesday.

Jia Jia, a giant panda living at an amusement park in Hong Kong, celebrated her 37th birthday on Tuesday and, along with it, broke two Guinness World Records.

In human years, Jia Jia would be more than 100 years old. The average life expectancy for a giant panda is 25 years.

"Jia Jia was presented a birthday 'ice cake' made of a block of ice with grenadine and mint syrup with an apple inside.

The Guardian gives us a bit of history:

"Jia Jia was born in the wild in Sichuan, China, in 1978 and was given to Hong Kong in 1999 to mark the semi-autonomous city's handover by Britain two years earlier.

"The previous record was held by a male panda called Du Du, who was also caught in the wild and died in July 1999 aged 36 in a zoo in China's Hubei province.

"Vet Paola Martelli said Jia Jia was still 'moving about' though she suffered from cataracts and high blood pressure. 'She is sleeping more, so is doing everything less. But she is ageing gracefully, just like your grandma,' she said."