Accessibility links
Arizona Cardinals Hire Female Coach For Training Camp And Preseason : The Two-Way "I am honored to be a part of this amazing team," says Jen Welter, an athlete and sports psychologist. 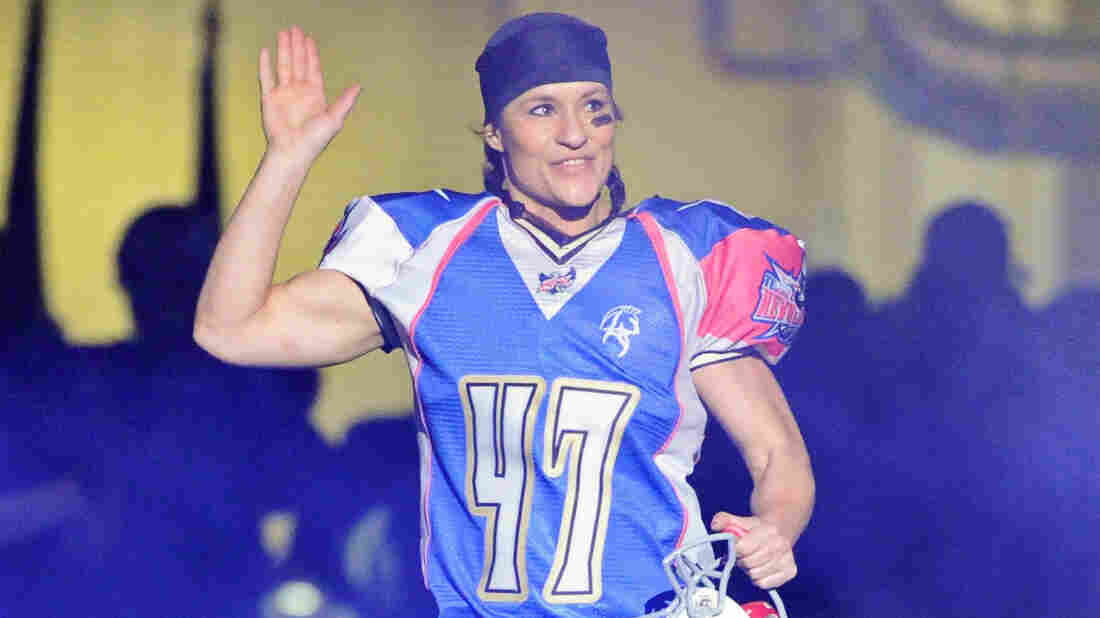 Jennifer Welter, who played in a Texas Revolution game as a running back in 2014, will help coach the linebacker corps for the Arizona Cardinals this summer. MICHAEL PRENGLER/CSM /LANDOV hide caption 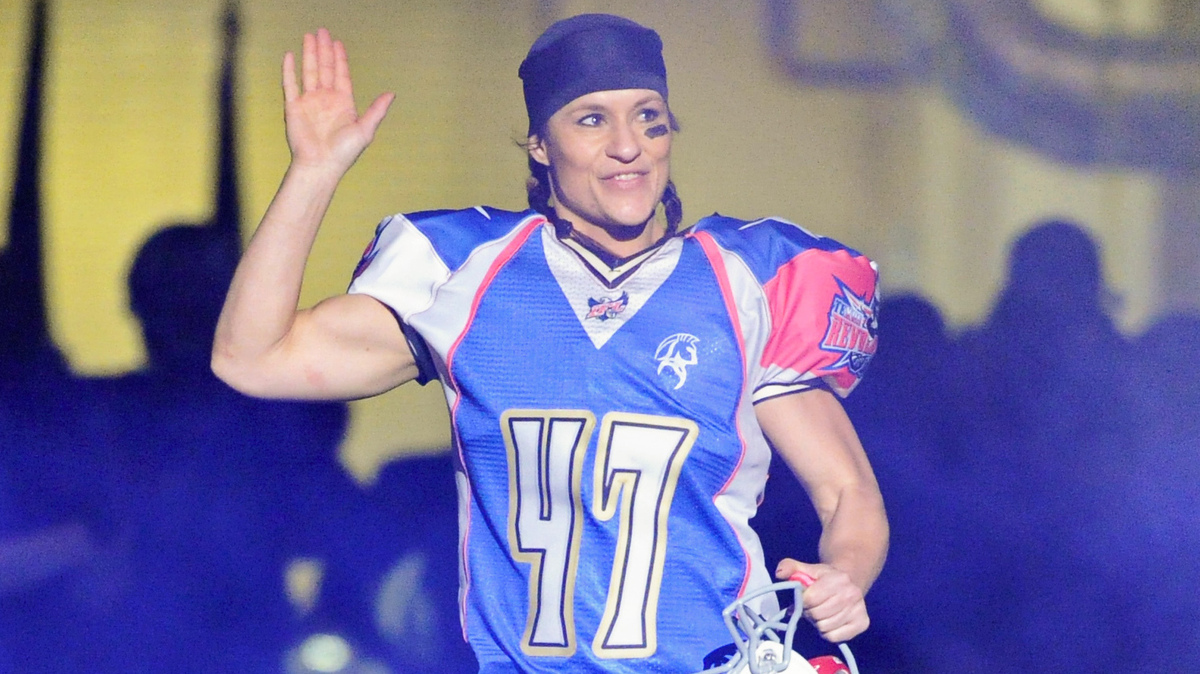 Jennifer Welter, who played in a Texas Revolution game as a running back in 2014, will help coach the linebacker corps for the Arizona Cardinals this summer.

Jen Welter, an athlete and sports psychologist, will become an NFL coach in what is believed to be a first. The Arizona Cardinals have hired Welter to coach the team's inside linebackers during this summer's training camp and preseason.

"I am honored to be a part of this amazing team," Welter said in a tweet Monday night. She thanked the Cardinals and head coach Bruce Arians.

I am honored to be a part of this amazing team. Special thanks to @BruceArians & the @AZCardinals https://t.co/FcDG1b7P4E

Welter, 37, began playing pro football as a linebacker in the Women's Football Alliance, playing for the Dallas Diamonds after playing college rugby at Boston College. She has a master's degree in sports psychology and a doctorate in psychology. Now she'll be an intern coach.

Last year, Welter made waves when she played running back for the Indoor Football League's Texas Revolution, in what was believed to be the first time a woman played a non-kicking role in a men's pro game.

Somers says that before making the hire, Arians asked several veteran players how they would react to being coached by a woman, and that he was told they were fine with the idea.

Arians tells the Cardinals' website that the chance to hire Welter came after he was asked about the possibility of women joining coaching staffs in the NFL, which had just hired its first female full-time official, Sarah Thomas.

"The minute they can prove they can make a player better, they'll be hired," Arians answered.

The team's site says, "It was soon after that Arians heard from the coach of the Texas Revolution in the Indoor Football League, who told Arians the Revolution already had a female on its staff that would be worth a look."

Arians says, "I really believe she'll have a great opportunity with this internship through training camp to open some doors for her."

As the Dallas Morning News reported last year, the respect Welter earned with her scrappy play in that men's game last year included that of the 245-pound lineman who walloped the 5-2, 130-pound Welter as she tried to score.

Acknowledging that the situation was "weird," the North Texas Crunch's Cedric Hearvey told the Morning News, "Honestly, I really have a lot of respect for that lady over there."

The newspaper described how Welter coped with the attention that came with dressing for a men's football game in the same locker room as the cheerleaders, who not only helped braid her hair, but also dusted her with a bit of glitter.

The Revolution hired Welter as a coach for its linebackers and special teams units in February.