Accessibility links
Windows 10 Rolls Out, Along With Concern Over Sharing Wi-Fi Passwords : The Two-Way The new operating system includes user-friendly features, such as a personal assistant named Cortana. But its Wi-Fi Sense feature has sparked security concerns.

Windows 10 Rolls Out, Along With Concern Over Sharing Wi-Fi Passwords

Windows 10 Rolls Out, Along With Concern Over Sharing Wi-Fi Passwords 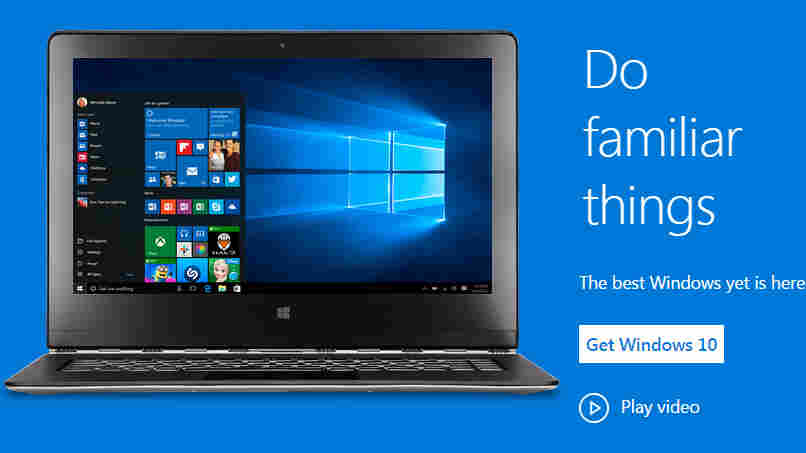 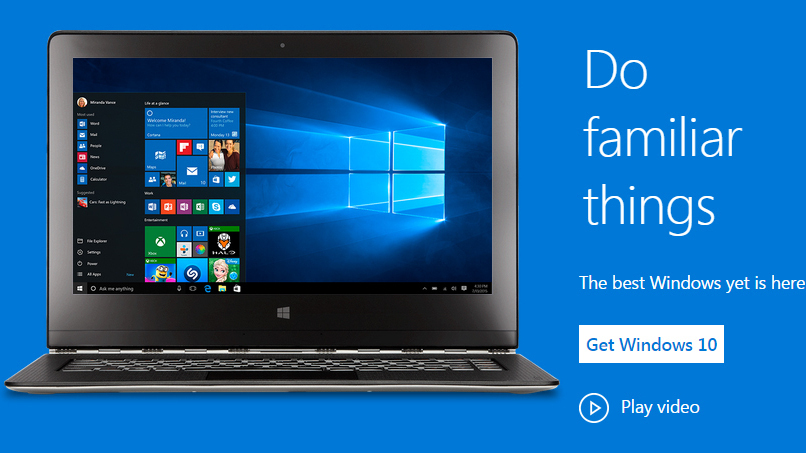 With Windows 10, Microsoft is more closely uniting its operating systems that run tablets, phones and desktops.

Microsoft rolled out Windows 10 as a free upgrade Wednesday, hoping to become more relevant to mobile users as it updates a key operating system. One feature, which shares your Wi-Fi with your contacts list, is drawing skepticism.

Windows 10 comes as a free update for users who are now running Windows 7 and 8. And Windows users have been eager to get their hands on the first substantial update to the system since October 2012. (If you're unsure which version of Windows you have, here's how to find out.)

The new operating system includes user-friendly features, such as a personal assistant named Cortana and integration with a new browser, Edge. It also promises to unite Microsoft's systems for PCs, phone, tablets and Xbox, merging those products in a way that echoes strategies at Apple and Google.

Windows 10 users will also be able to use a new generation of Universal Windows apps, such as one from Twitter that "gives you instant access to top Tweets, photos and videos without requiring a login."

But one Windows 10 feature, Wi-Fi Sense, has sparked concern from cybersecurity experts. As Microsoft explains, Wi-Fi Sense "automatically connects you to Wi-Fi around you to help you save your cellular data and give you more Internet connectivity options."

One way it does that is by storing your Wi-Fi password — and sharing an encrypted version of it with your Outlook and Skype contacts, and even your Facebook friends. If you directly share your password with someone, the circle can get even wider, as it could then spread to include their contacts, as well.

Wi-Fi Sense was previously part of the Windows Phone operating system. In Windows 10, it's activated when a user chooses the "express" installation settings.

Calling it "a disaster waiting to happen," security expert Brian Krebs writes that because the Windows computer system is far more popular than its Phone OS, the new Wi-Fi feature is "a serious concern for much of the planet."

Krebs recommends opting out of Wi-Fi Sense and tells Windows users to "change your Wi-Fi network name/SSID to something that includes the terms '_nomap_optout' — a move that should also keep Google from mapping your network's location.

Microsoft says the system works by allowing people to share Internet access without seeing each other's passwords. "No networks are shared automatically," the company says in a FAQ about the Windows 10 feature.

Not everyone is alarmed by Wi-Fi Sense. Even if it's downloaded and activated, Ars Technica says, nothing will happen unless two steps are taken:

Other than this issue, we're not seeing many complaints about Windows 10, beyond the predictable mixed results reported by people rushing to download new software on the first day of availability.

In fact, CNET calls Windows 10 "the Goldilocks version of Microsoft's venerable PC operating system — a 'just right' compromise between the familiar dependability of Windows 7, and the forward-looking touchscreen vision of Windows 8."