Accessibility links
University Of Cincinnati Police Officer Charged In Killing Of Unarmed Black Man : The Two-Way The Hamilton County Prosecutor said the shooting of Sam DuBose was "asinine" and "totally unwarranted." Officer Ray Tensing, the prosecutor said, should have never been an officer. 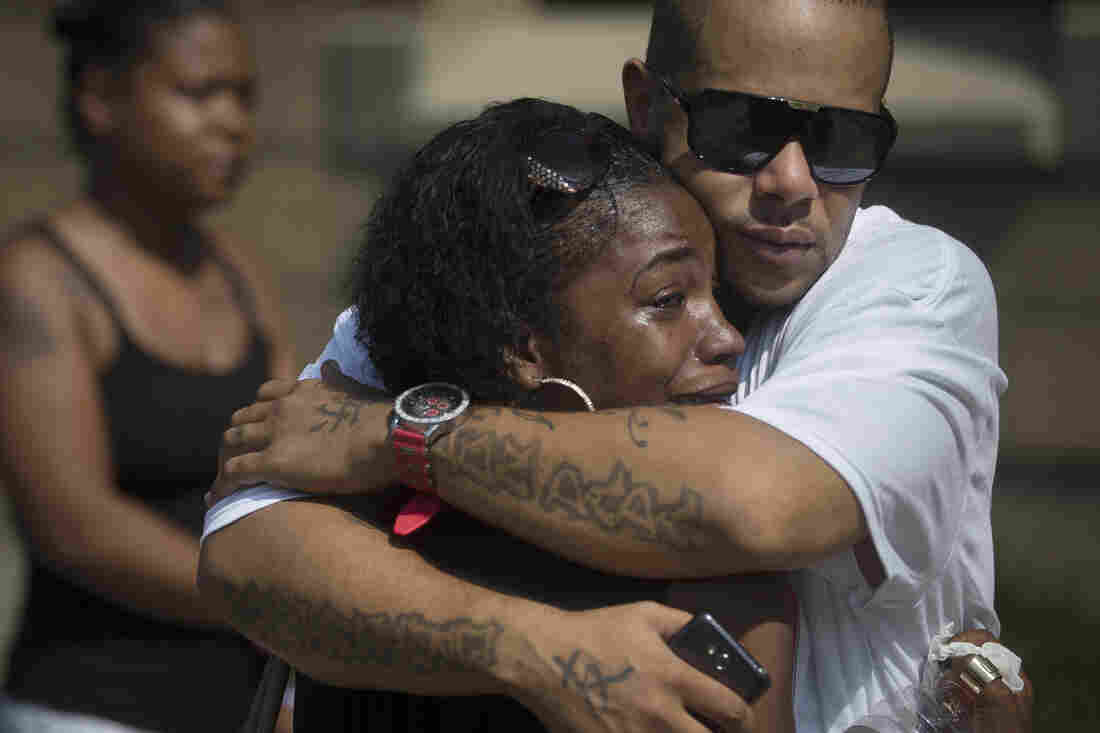 Mourners Shanicca Soloman cries in the embrace of friend Terrell Whitney outside funeral services for Samuel DuBose at the Church of the Living God in the Avondale neighborhood of Cincinnati on Tuesday. John Minchillo/AP hide caption 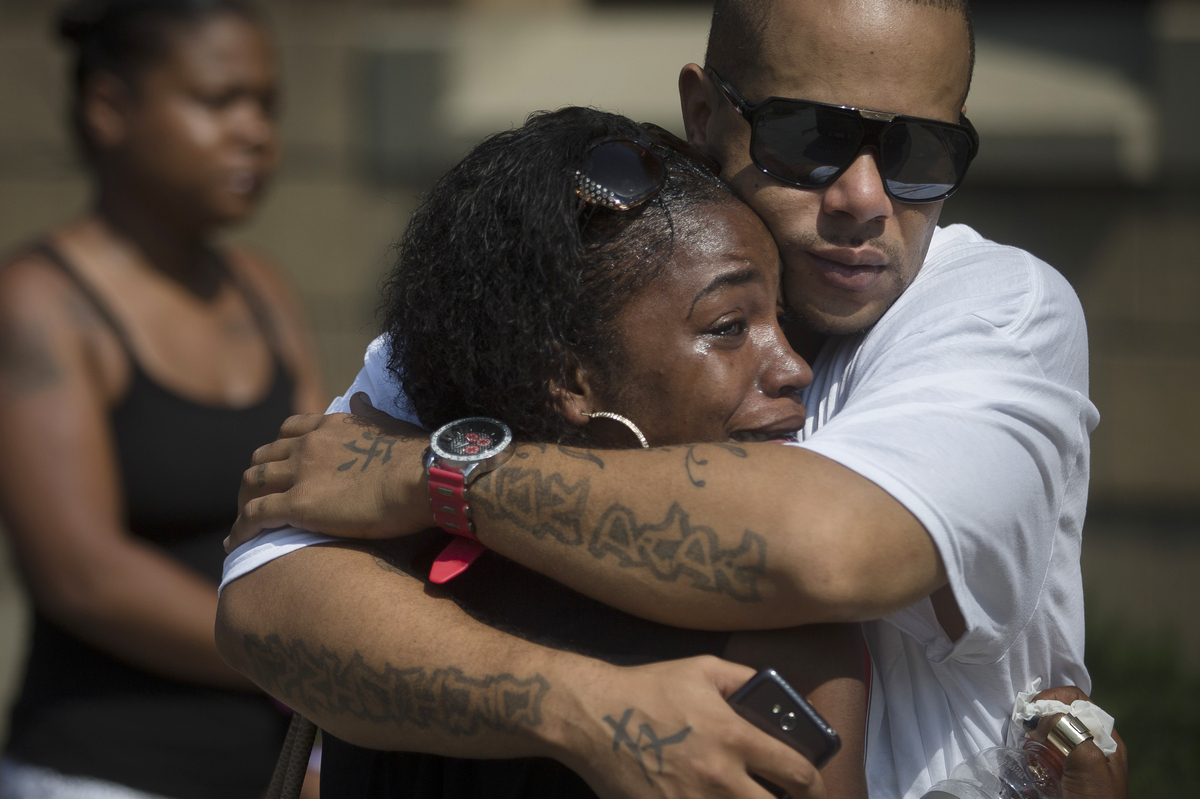 Mourners Shanicca Soloman cries in the embrace of friend Terrell Whitney outside funeral services for Samuel DuBose at the Church of the Living God in the Avondale neighborhood of Cincinnati on Tuesday.

Announcing the indictment of a white University of Cincinnati police officer who shot and killed an unarmed black man during a traffic stop, Hamilton County Prosecutor Joe Deters called the officer's actions "asinine" and "totally unwarranted."

"This doesn't happen in the United States," he said. "It might happen in Afghanistan or somewhere else, but people here don't get shot during a traffic stop."

A grand jury handed down an indictment on murder charges against Officer Ray Tensing, who, as NPR member station WVXU reports, had previously said he shot Sam DuBose because he was being dragged by his car and he had no other choice but to shoot. Tensing had stopped DuBose because he was missing a front license plate.

"It was so unnecessary for this to have occurred," Deters said. "This situation should never have escalated like this."

DuBose's killing has sparked protests in Cincinnati and garnered national attention because it's yet another incident of perceived police brutality over what should have been an unremarkable civil violation.

Before the video was released, the University of Cincinnati closed its campus and asked students to leave as they prepared for potentially violent protests.

Mark O'Mara, the attorney for DuBose's family, called on Cincinnati to honor who "Sam was ... and that was peaceful." Any reaction by the community today, O'Mara said, should be peaceful.

"I'm so thankful that everything was uncovered, because I've been a servant of the lord for as long as I've been living on Earth," she said.

During a press conference, Deters played video from a camera on Tensing's uniform. (We're not posting it, here, because it is graphic. But WCPO-TV has posted it.) It shows Tensing pull DuBose over outside the university campus.

Tensing asks DuBose multiple times for his driver's license. DuBose looks in his pockets and tells him to look up his name.

"Be straight up with me are you suspended?" Tensing asks DuBose, who answers patiently and with no aggression that he has a license and he should look it up.

What happens next moves very fast. It appears to show DuBose's car slowly rolling off and within seconds — perhaps a second — Tensing has fired a single shot.

It hit DuBose's head who was pronounced dead at the scene.

Deters said he was also still looking into the way the other officers handled this incident. In the incident report, a second university officer appears to say that he saw DuBose's car drag officer Tensing. The video appears to contradict that incident report.