Accessibility links
Birkin Bag Is Fine, But Namesake Actress Wants 'Birkin Croco' Rebranded : The Two-Way After seeing a video that PETA published on the treatment of crocodiles, Jane Birkin asks Hermes to remove her name from the line's crocodile-skin version. 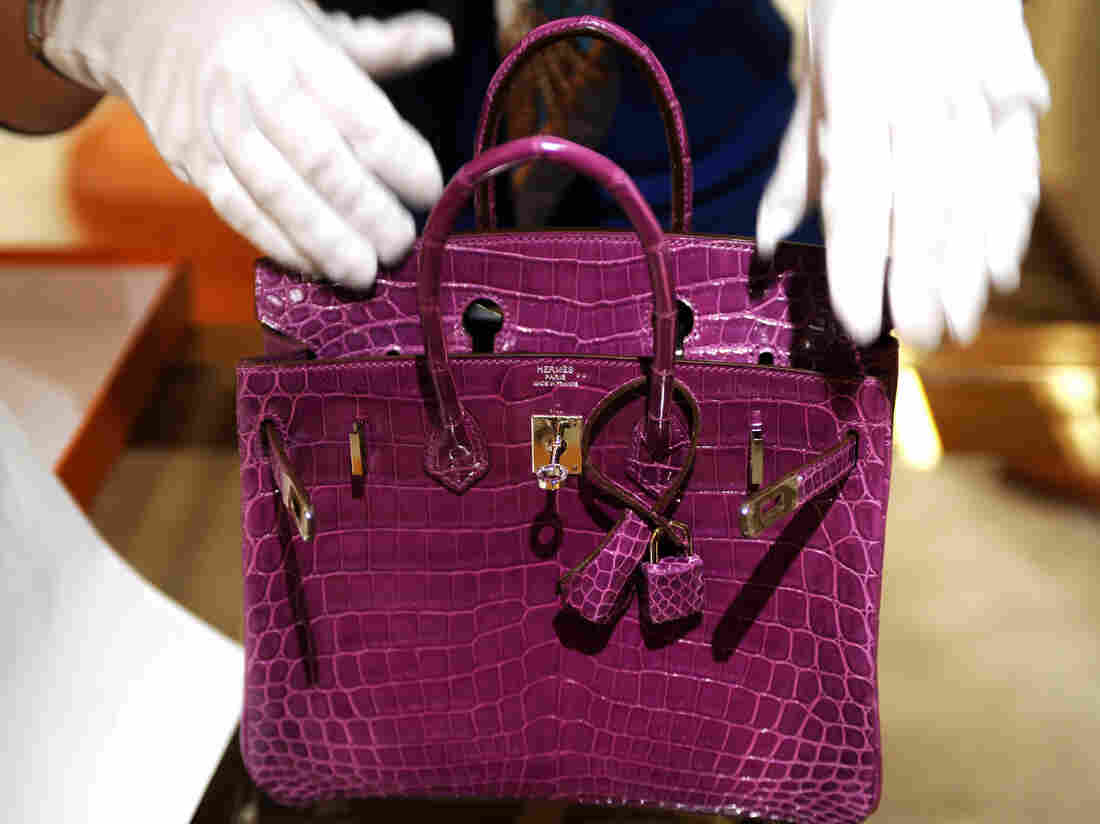 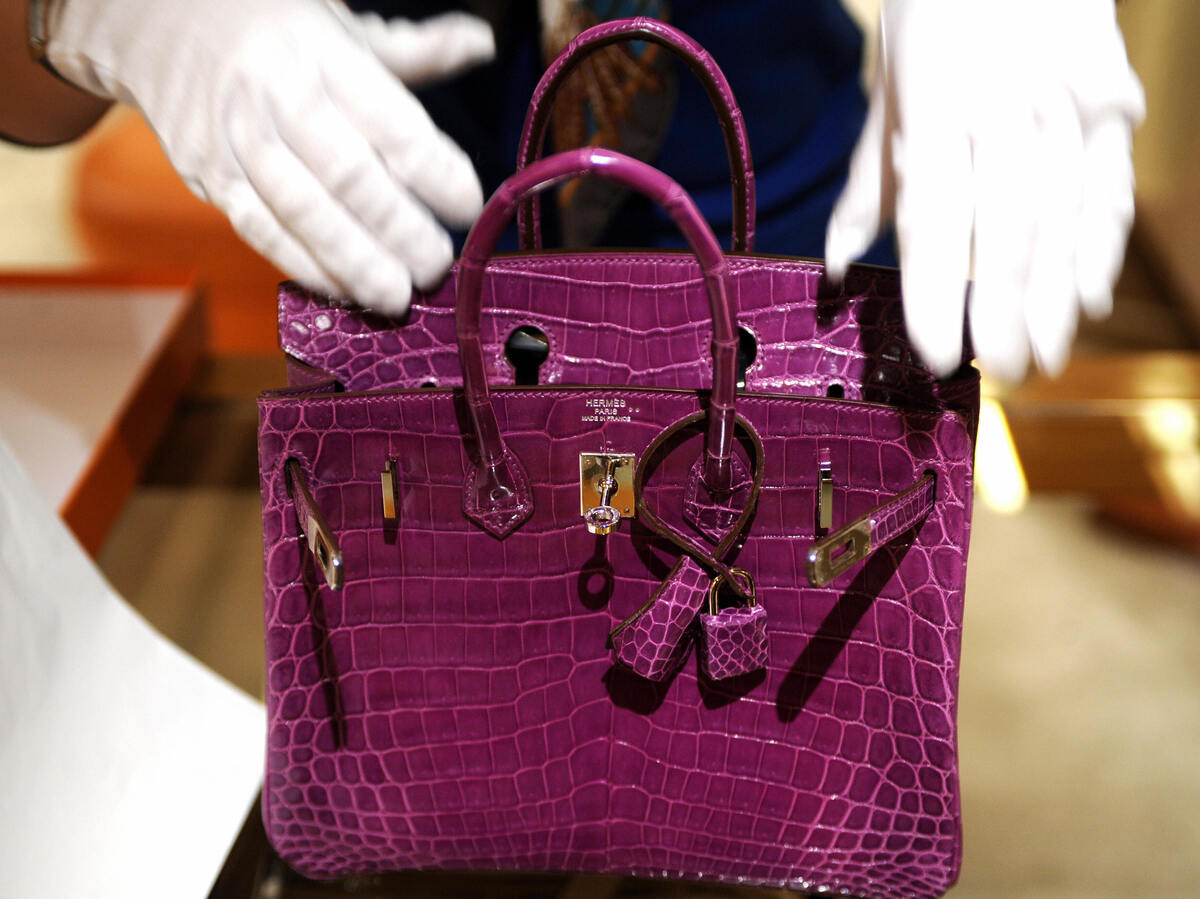 The Birkin Croco is made of dyed crocodile skin.

A lot of people who want a Birkin bag — a handbag popular among celebrities that can cost more than $100,000 — will get on multiple-year waiting lists to get one. But its namesake wants nothing to do with one version of it.

Specifically, Jane Birkin no longer wants to be affiliated with the popular crocodile-skin version. Her request comes after PETA published a graphic video on how crocodiles are allegedly treated before being killed.

In a statement to Agence France Press, the British actress and singer said, "Having been alerted to the cruel practices reserved for crocodiles during their slaughter to make Hermes handbags carrying my name ... I have asked Hermes to debaptise the Birkin Croco until better practices in line with international norms can be put in place."

Hermes is the maker of the bag, and denies that the farm in the video is one it owns. It says that an investigation is underway at the Texas farm that is depicted in the PETA video.

"Any breach of rules will be rectified and sanctioned. Hermès specifies that this farm does not belong to them and that the crocodile skins supplied are not used for the fabrication of Birkin bags," the company wrote in a statement.

The first Birkin bag was allegedly created for the actress in 1984 by Hermes CEO Jean Louis Dumas. Dumas sat next to her on a flight, the Daily Mail reports. Apparently, Birkin was discussing how she was having a hard time finding the perfect leather weekend bag, which she described.

Not long after, a bag arrived at her apartment with a note from the CEO.