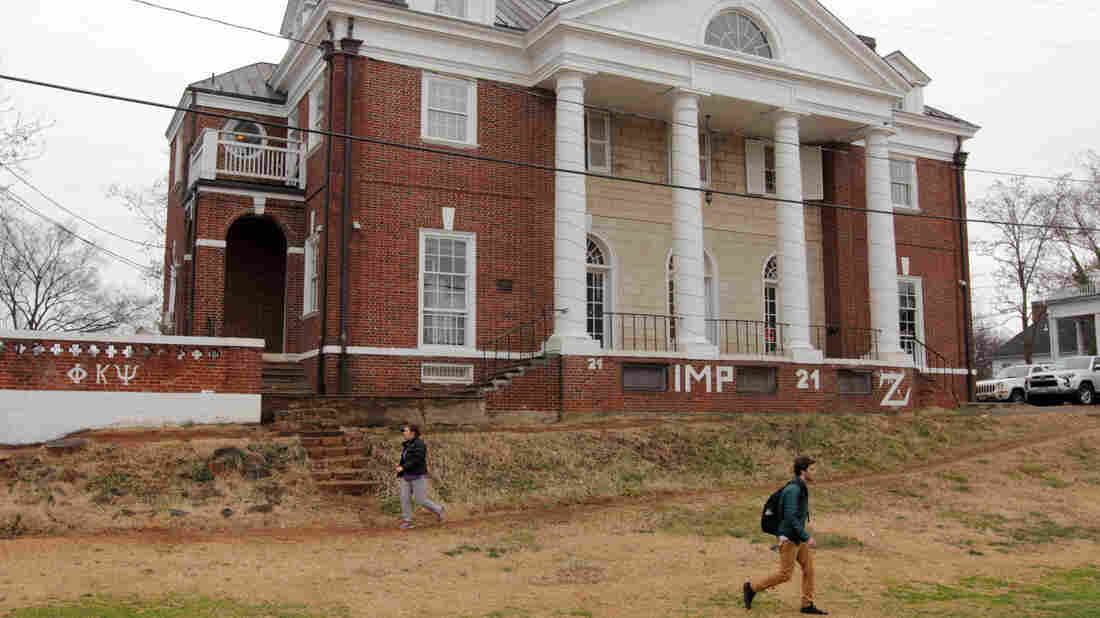 Former members of the Phi Kappa Psi fraternity at the University of Virginia say they are the victims of defamation and negligence. Jay Paul/Getty Images hide caption 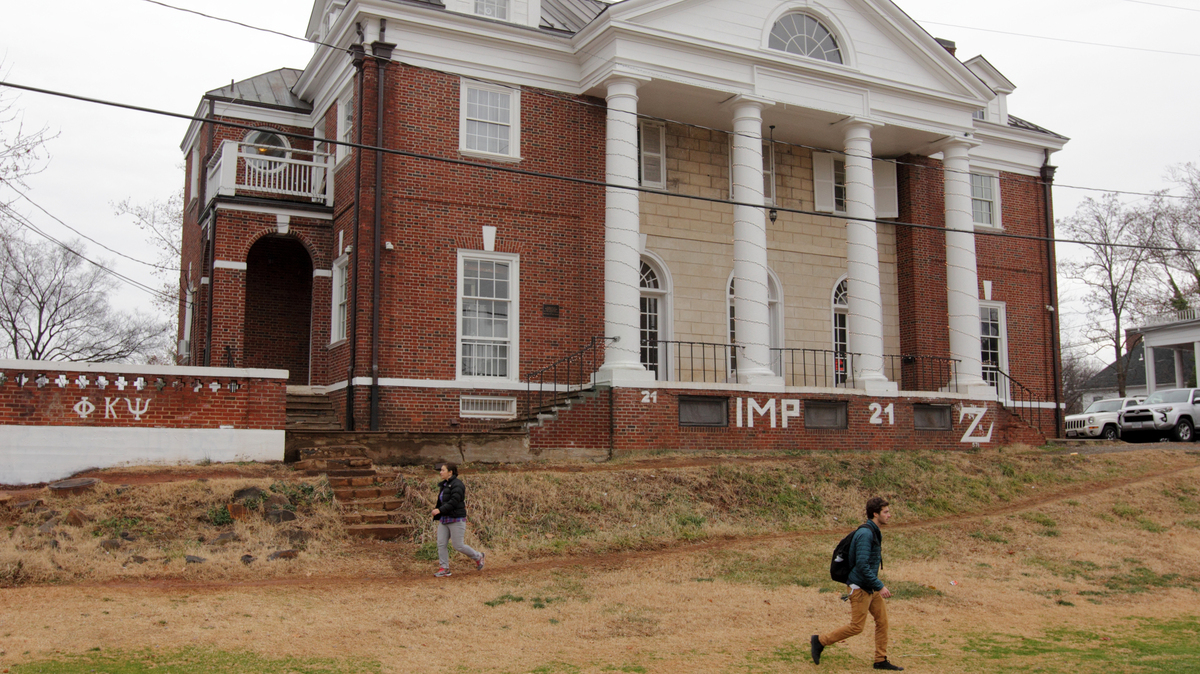 Former members of the Phi Kappa Psi fraternity at the University of Virginia say they are the victims of defamation and negligence.

Saying that an article on campus rape that was later retracted hurt their reputations and subjected them to needless humiliation, three former members of the Phi Kappa Psi fraternity have sued Rolling Stone, its publisher and the reporter who wrote the story.

News of the lawsuit comes along with word that Rolling Stone's managing editor, Will Dana, is resigning his post. The magazine is not commenting on the lawsuit, but it released a statement on Dana's departure in which he says, "After nineteen years at Rolling Stone, I have decided that it is time to move on."

The suit and Dana's departure come as the magazine is coping with the aftermath of a now-discredited article, "A Rape on Campus: A Brutal Assault and Struggle for Justice at UVA," which relied heavily upon a single source identified only as "Jackie."

The article caused a furor on the University of Virginia campus when it was published last November. It was retracted weeks later, after new scrutiny by journalists and others led the magazine to acknowledge that its trust in the accuser was "misplaced."

The former students' lawsuit does not specify a target monetary punishment, other than to say it's above the $75,000 threshold for a federal court. It seeks damages, a punitive payment and legal costs on behalf of each plaintiff, all of whom graduated from U.Va. in 2013. In addition to Rolling Stone, it names Sabrina Erdely, who wrote the article, and Wenner Media, the magazine's publisher.

Rolling Stone and Erdely were negligent in their attempts to verify the story by seeking comment from the accused and others mentioned in Jackie's account, the former students say. And they say those actions caused problems for the former fraternity members who had recently graduated from college.

In particular, the lawsuit says that George Elias IV, who lived in a room in the University of Virginia fraternity house that corresponds to one the article's anonymous source said was the scene of a brutal gang rape in 2012, became the subject of interrogation, humiliation and scolding from family, friends, co-workers and journalists.

In addition to Elias, the other plaintiffs are Stephen Hadford and Ross Fowler. Their lawsuit says that their identities were uncovered and linked to the gang-rape allegations through no fault of their own.

Earlier this year, a Rolling Stone-commissioned report by the head of Columbia University's graduate school of journalism found that the story's publication "was a systematic failing and it involved basically every level of Rolling Stone's newsroom."

"Plaintiffs have each suffered emotional turmoil, were entirely unable to focus at work and in school following the release of the article, and are still being questioned often about the article's accusations," according to the lawsuit filed in U.S. District Court in New York.

In May, another person who was mentioned in the article — Nicole P. Eramo, an associate dean of students at the school — filed a defamation lawsuit seeking more than $7 million, naming the same defendants as the new suit.