Accessibility links
Marine Version Of F-35 Deemed 'Combat Ready' : The Two-Way With a total program cost estimated at $400 billion and a per-plane price tag of $135 million, the Joint Strike Fighter program is considered the most expensive in U.S. history. 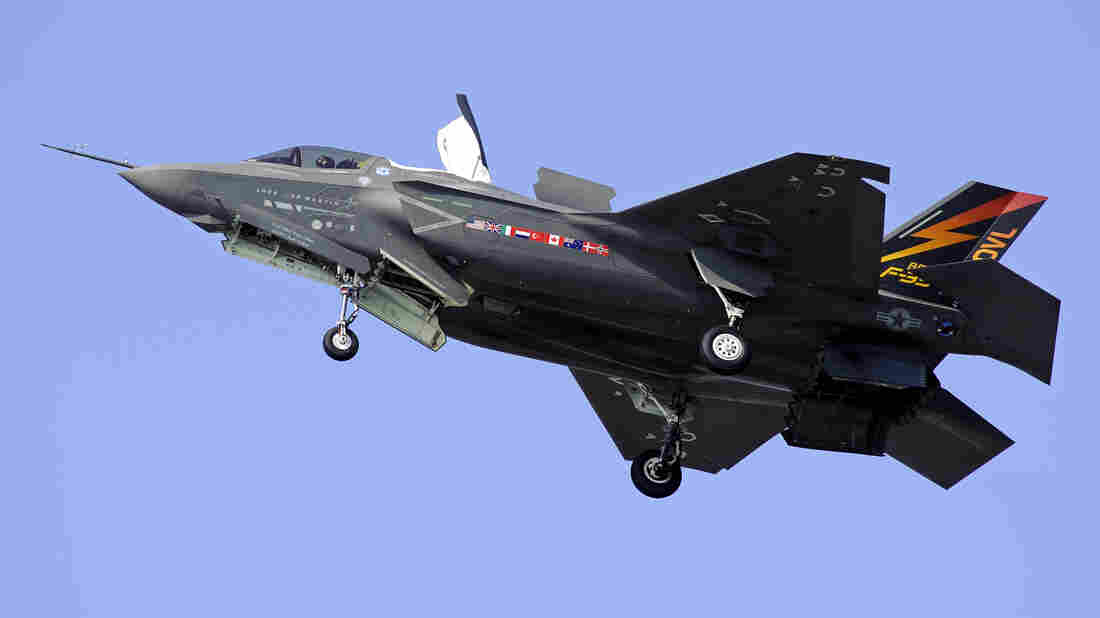 A Marine Corps F-35B Joint Strike Fighter does a short takeoff (STOVL) from Patuxent River Naval Air Station, Md., in 2011. Eighteen years after development began, a version of the plane designed for the Marine Corps is expected to be deemed "combat ready." Cliff Owen/AP hide caption 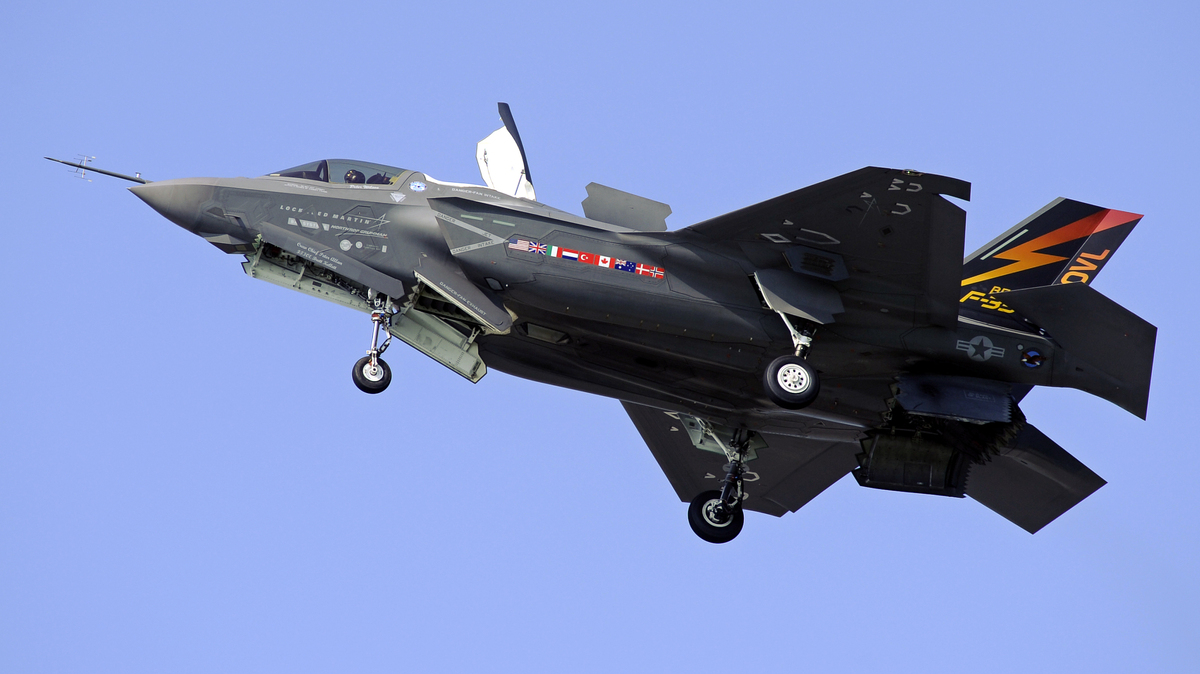 A Marine Corps F-35B Joint Strike Fighter does a short takeoff (STOVL) from Patuxent River Naval Air Station, Md., in 2011. Eighteen years after development began, a version of the plane designed for the Marine Corps is expected to be deemed "combat ready."

Eighteen years and nearly $400 billion since engineers began outlining the initial concept, a small squadron of F-35B Lightning IIs has finally been declared ready to fight.

Ten of the stealthy fighters, which have experienced numerous cost overruns and delays over the years, will begin flying with the U.S. Marine Corps' 3rd Marine Aircraft Wing (VMFA-121) based in Yuma, Ariz., after the planes are officially deemed "combat ready" in an announcement today.

"The U.S. Marine Corps decision to make the F-35B ready for combat is the first significant event for the program," Air Force Lt. Gen Chris Bogdan, F-35 program executive officer, said in a statement. "The weapons system is now in the warfighters' hands and can be called upon to do its mission."

It would come just days after Air Force Secretary Deborah Lee James was quoted as saying that the airplane has "taken us too long [and] has cost us way more money than we ever imagined possible." James also said there were still challenges left to overcome: "I would sum it up in a word — software."

The so-called Joint Strike Fighter was developed for multinational and multi-platform deployment. The U.S. has borne the lion's share of the development costs, with help from the U.K., Italy, Australia, Canada, Norway, Denmark, the Netherlands and Turkey.

But building the aircraft in multiple variants — one for the Air Force (F-35A "conventional takeoff and landing"), another for the Marines (F-35B "short takeoff/vertical landing") and a third for the Navy (F-35C "carrier variant") has helped drive up development costs. Some estimates have placed the cost of the program much higher than the official $391 billion.

Military.com writes: "The F-35 is the Pentagon's most expensive weapons acquisition program ... to purchase 2,457 aircraft for the Air Force, Marine Corps and Navy. The Corps plans to begin operational flights this year — albeit with a less lethal version of the aircraft — followed by the Air Force in 2016 and the Navy in 2019."

The program has been heavily criticized over the years for its overall expense and cost overruns. Besides the total program cost, the price tag per plane is huge, averaging an estimated $135 million, with the Navy and Marine versions considerably more expensive than the one the Air Force will use.

"The exchange rates and the kill rates that we had against the adversary aircraft in a multi-mission profile was very, very impressive," he said. "They did very, very well — great accuracy with the hits."

The first actual deployment for the F-35Bs in the VMFA-121 squadron is expected to be Iwakuni, Japan, in 2017.