Accessibility links
Watch: 164 Skydivers Fall Into Formation Head First, Breaking World Record : The Two-Way One of the dangers was that parachutes or people could collide. The previous heads down skydiving record was set by 138 people in 2012. 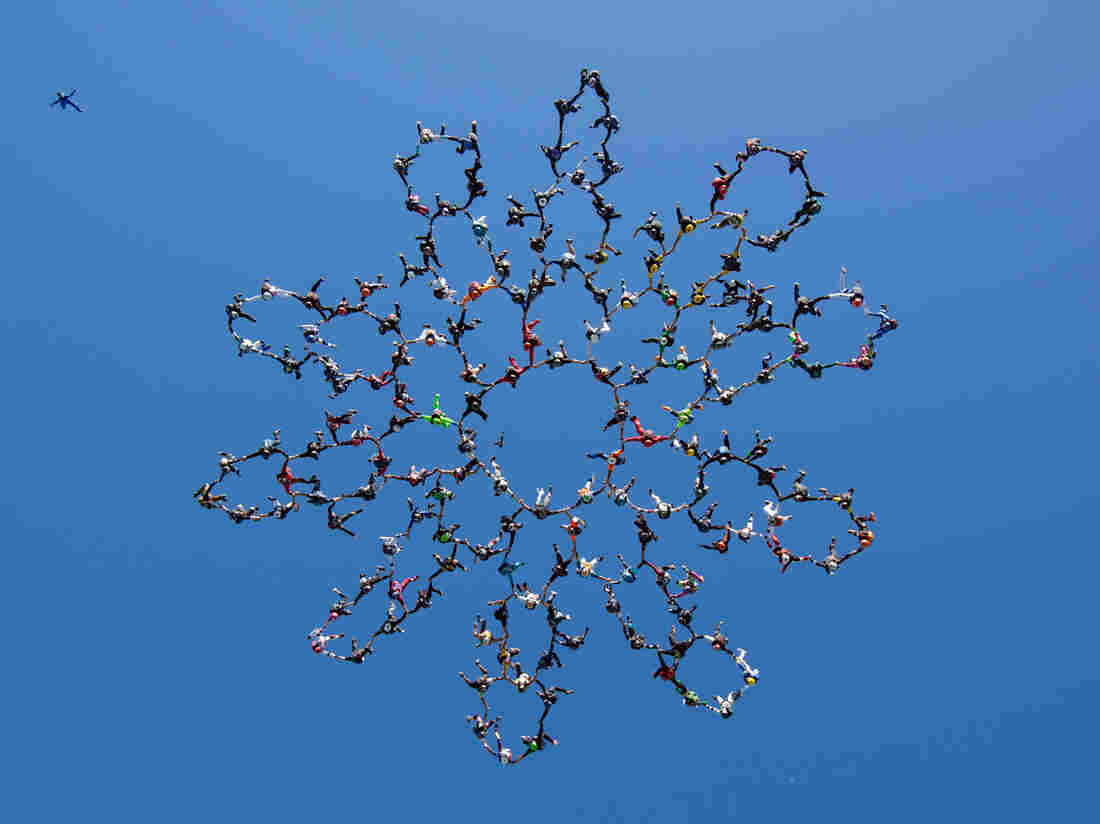 164 people formed this flower as they jumped from a height of nearly 20,000 feet. Jason Peters/AP hide caption 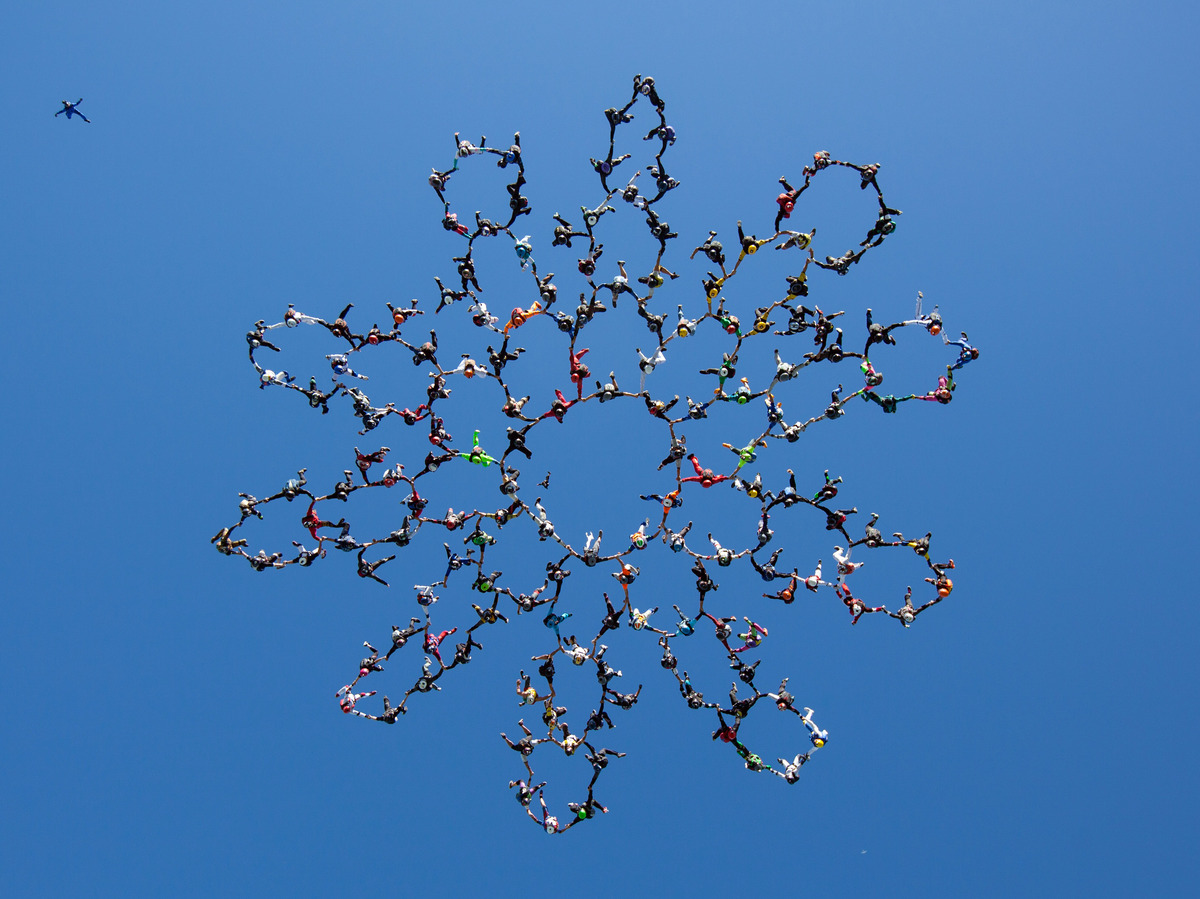 164 people formed this flower as they jumped from a height of nearly 20,000 feet.

A new skydiving record was set Friday in Ottawa, Ill., at speeds up to 240 mph — upside down.

One hundred and sixty-four people jumped from airplanes head first, falling into a flower formation and holding hands for a few moments before continuing to drop to earth. The previous "heads down" skydiving record was set by 138 people in 2012, according to The Associated Press. It took the new record-holding team 13 attempts to beat that mark.

This feat wasn't without risks — jump from such a high altitude (nearly 20,000 feet), and parachutes or people can collide. The AP continues:

"Despite the risks, flyers came from as far away as France, Britain, Dubai and Australia — one even spent three days traveling to Chicago from Reunion, off the coast of Madagascar in the Indian Ocean — to participate.

" 'When (record) jumps work well, it's like there's a certain peace to it all, a certain harmony to it all,' said Norman Kent, a longtime skydiving videographer who filmed the jump. 'And it's contagious, it's like it's in the air and you can feel it even from a distance as a cameraman.' "

But, if it's done correctly, it can be beautiful:

A previous version of this post said the skydivers held hands for a few minutes; the formation actually lasted a few seconds.