Accessibility links
Wildfires In California Spur Emergency Declaration; 1 Firefighter Dead : The Two-Way Nine of the largest fires cover areas of at least 1,000 acres each; a firefighter from Rapid City, S.D., was killed while battling one large blaze in Northern California. 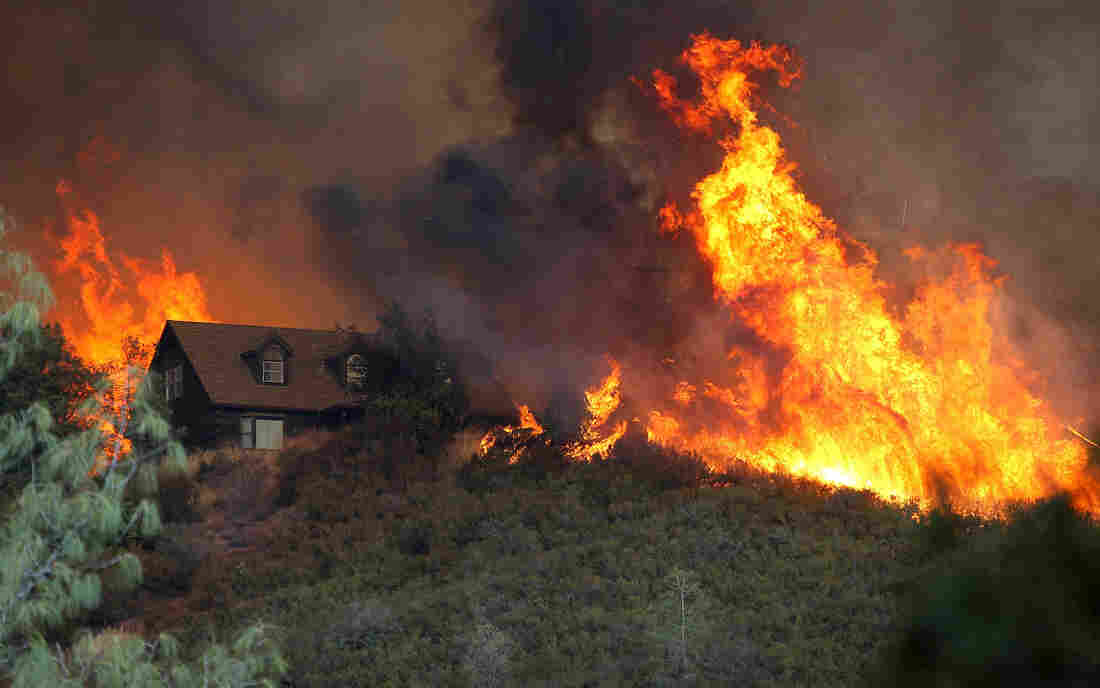 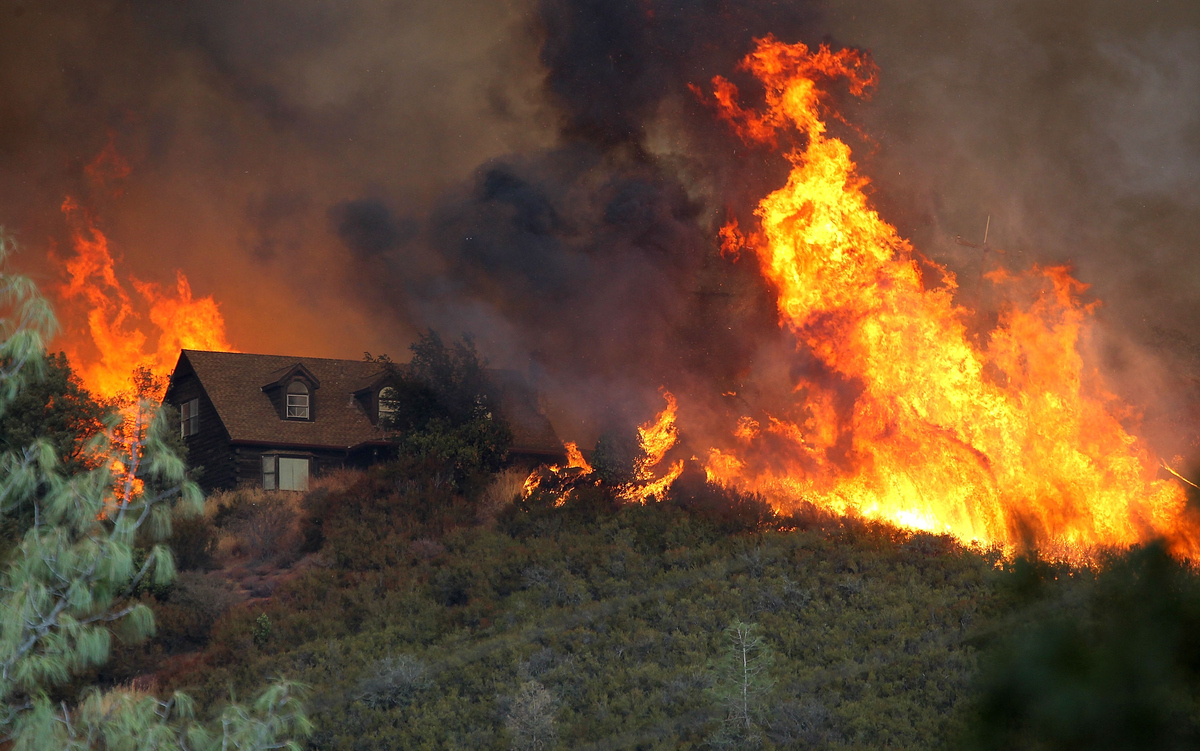 Flames from the Rocky Fire approach a house in Lower Lake, Calif., Friday. More than 5,000 firefighters are now battling large blazes in California; hundreds of residents are under evacuation orders in affected areas.

With 20 major wildfires burning in California, the state's governor, Jerry Brown, has declared a state of emergency. Nine of those fires cover areas of at least 1,000 acres; a firefighter from Rapid City, S.D., was killed while battling one of them, in Northern California.

"The U.S. Forest Service is investigating how David Ruhl died. He was killed while fighting a wildfire in Modoc National Forest.

According to a statement by Gov. Brown, Ruhl "is survived by his wife, Erin, and their two children. He worked for the U.S. Forest Service for 14 years and previously served in the U.S. Coast Guard."

Ruhl had gone to in California on a temporary assignment that began in June. The governor has ordered that the flags atop the Capitol be flown at half-staff in Ruhl's honor.

As of Saturday, there were nearly 9,000 firefighters working to combat large fires in the state. In declaring a state of emergency, Brown is attempting to speed aid and firefighting resources to the affected areas.

"California's severe drought and extreme weather have turned much of the state into a tinderbox," Brown said. "Our courageous firefighters are on the front lines and we'll do everything we can to help them."

One of the blazes, the so-called Rocky Fire, "has consumed about 15,000 acres of oak, brush and grassland — about 24 square miles, or half the area of San Francisco," member station KQED reports.

That fire is currently only 5 percent contained, according to the Fire Tracker online tool from member station KPCC. It has also prompted evacuation advisories for hundreds of residents of Lake County.