Accessibility links
One Of The World's Most Famous Free Divers Is Missing Near Ibiza : The Two-Way Natalia Molchanova took a recreational dive on Sunday, didn't come back up and is feared dead. Free divers hold their breath until they surface for air, instead of using breathing equipment. 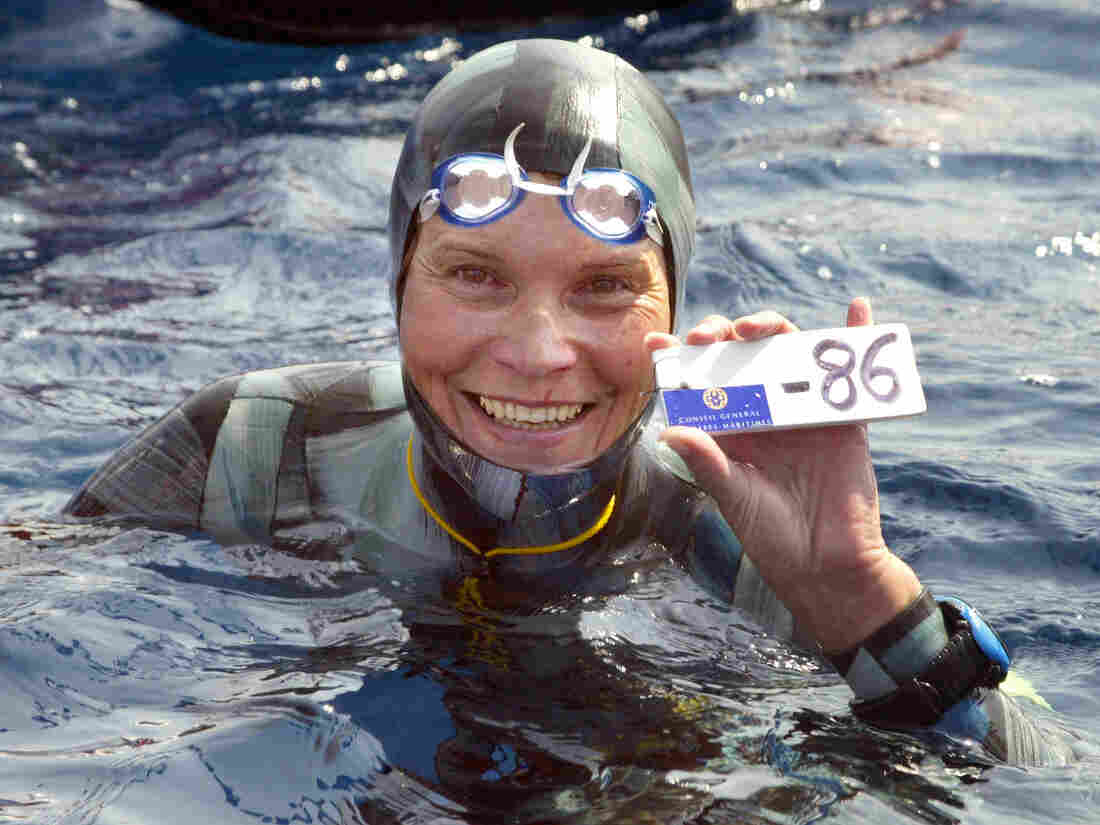 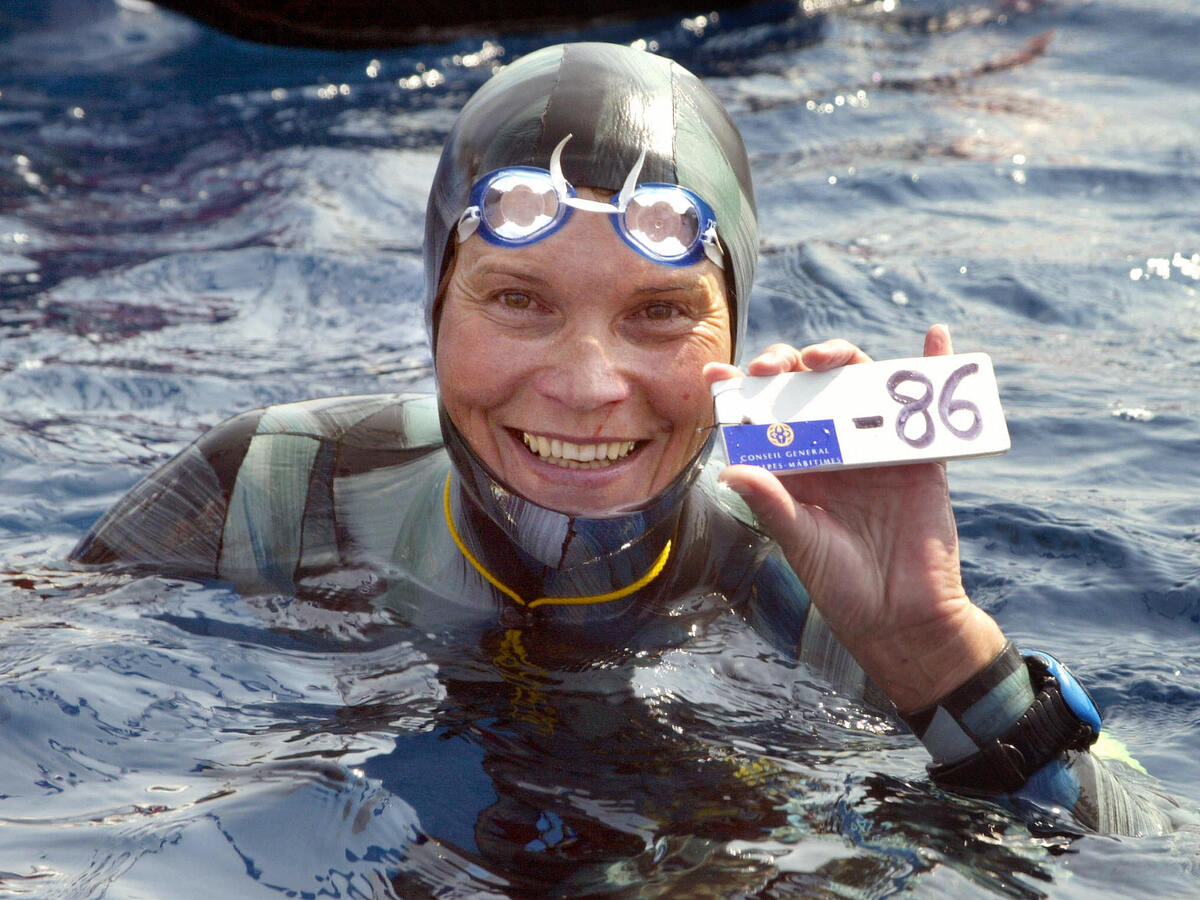 Free diver Natalia Molchanova of Russia has been missing since Aug. 3.

One of the world's most prominent free divers is missing off the coast of an island called Formentera, near Ibiza, Spain. Natalia Molchanova of Russia was on a recreational dive on Sunday when she was separated from companions, according to AIDA, the worldwide federation for free diving. The organization calls her the most accomplished and most famous female free diver in the world.

Her fellow divers searched for her quickly before calling for help, according to The New York Times, which writes that she's "widely regarded as the greatest free diver in history."

AIDA writes that Molchanova holds 41 world records and has been a world champion 23 times. "Natalia trained hard for her sport, she had a nine minute breath hold, could dive to a depth of 101m using a fin and swim a distance of 234m with a fin."

"She was diving without fins to around 30 to 40 m and supposable got into strong underwater current," writes the AIDA press release. Search efforts have been ongoing during daylight hours.

After two days of searching, the Times reports that her son Alexey (also a diver) said that his mother, 53, wasn't expected to be found alive. The Times continues:

" 'She was a free-diving superstar and we all thought nothing could harm her,' said Kimmo Lahtinen, the president of the global federation for free diving, known as AIDA. 'Nothing could happen to her, but, you know, we are playing with the ocean, and when you play with the ocean you know who is the strongest one.' "

The paper noted that the underwater search has expanded with the use of an underwater robot that can search "a radius of nearly 500 meters at depth."