Accessibility links
We Will Bury You: Russia Bulldozes Tons Of European Cheese, Other Banned Food : The Two-Way Parmesan and Dutch cheese, Spanish ham, fruits, vegetables — all reportedly became fodder for the wheels of steamrollers and the flames of incinerators Thursday.

We Will Bury You: Russia Bulldozes Tons Of European Cheese, Other Banned Food

We Will Bury You: Russia Bulldozes Tons Of European Cheese, Other Banned Food 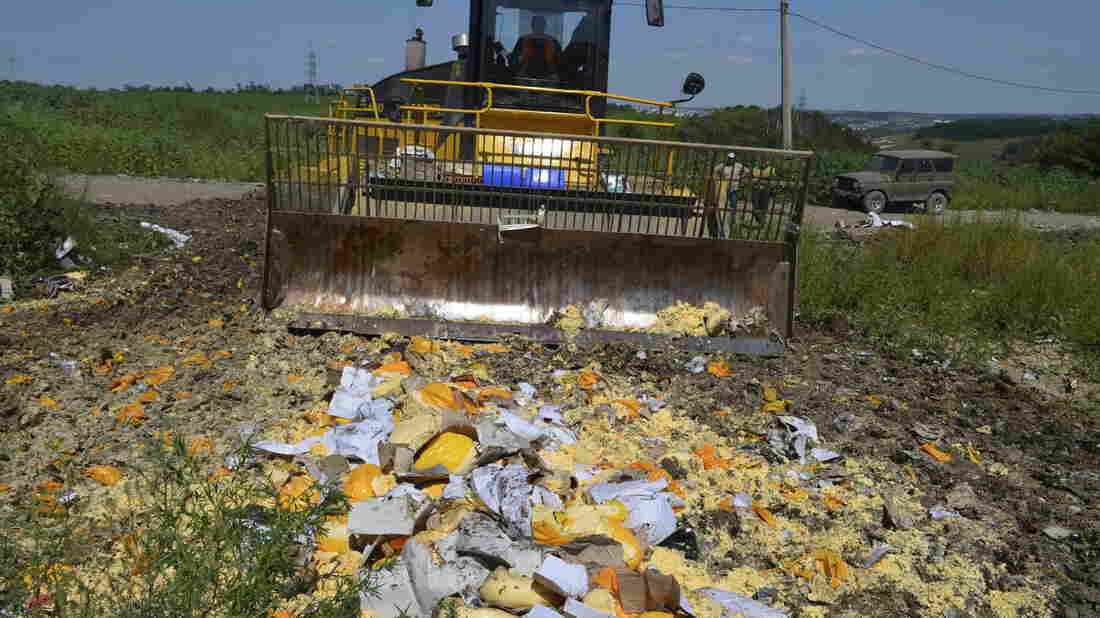 A bulldozer pushes illegal imported cheese in Russia on Thursday, in a photo provided by the Federal Service for Veterinary and Phytosanitary Surveillance. Landov hide caption 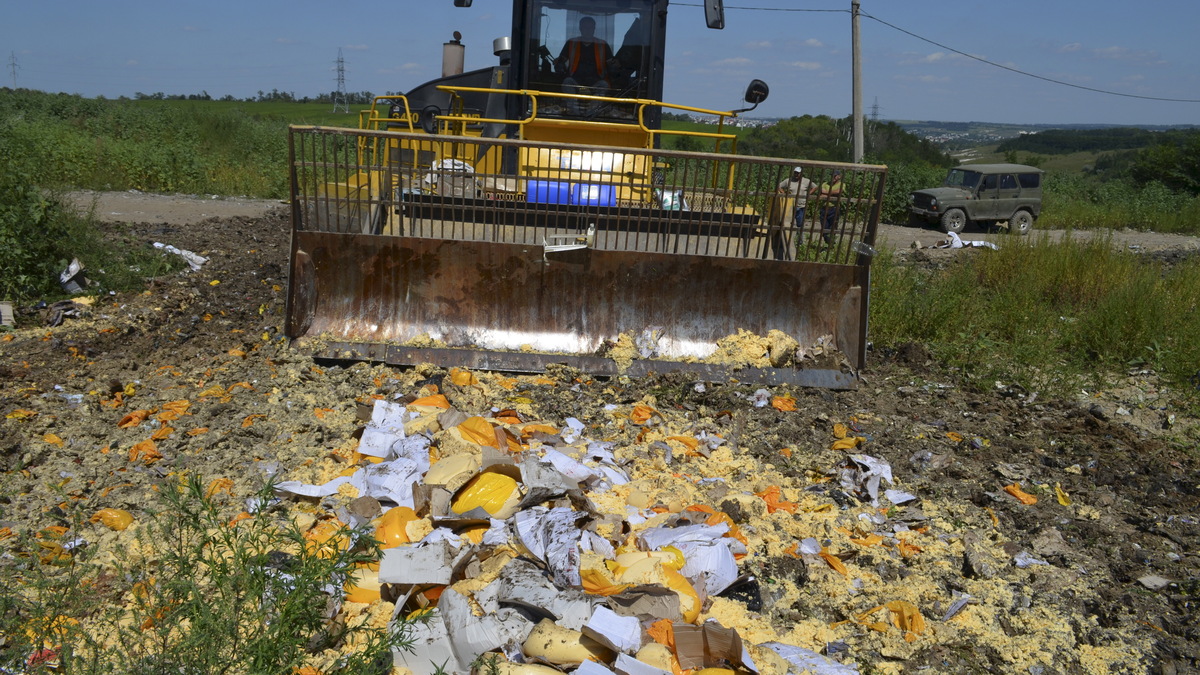 A bulldozer pushes illegal imported cheese in Russia on Thursday, in a photo provided by the Federal Service for Veterinary and Phytosanitary Surveillance.

In a highly publicized move, Russia is destroying tons of food that was illegally imported from Western countries. One year after a ban on Western agricultural products began, bulldozers and incinerators reportedly are being used to enforce the prohibition.

The ban was a response to economic sanctions enacted by the U.S. and its European allies over Russia's attempts to exert its influence on neighboring Ukraine.

The destruction of contraband food has sparked protests and criticism in a country that has been hit by inflation and a rising poverty rate, which now stands at 16 percent (as CNN Money reported last month).

Parmesan and Dutch cheese, Spanish ham, fruits, vegetables — news reports show all of it going under the wheels of steamrollers and into the flames of incinerators on Thursday.

"Last year, the United States and the European Union imposed sanctions on Russia for its aggression in Ukraine. Russia retaliated by banning many kinds of Western food, a move that was especially costly to food producers in Europe.

"Still, many European food products were simply relabeled as coming from non-European sources and smuggled into the country.

Russian TV is showing tons of cheese and meat being burned or bulldozed into the ground. Thousands of people have signed an online petition calling for the food to be given to the poor."

In one incident that Russian news source RT calls "fromagicide," some 9 tons of European cheeses were steamrolled and bulldozed before being buried at a landfill.

As The Guardian reports, the order from President Vladimir Putin includes a requirement that the food "must be destroyed in front of witnesses, and the act should be captured on video, to preclude corruption."

The sight echoes the famous line attributed to Soviet leader Nikita Khrushchev, who was quoted (and, many say, poorly translated) as saying during a tense moment in relations with the West in the 1950s, "We will bury you."

Thursday, Kremlin press secretary Dmitry Peskov said that the government will take the petition, which now has more than 200,000 signatures, into account, according to the state-run Itar-Tass.

But Peskov added, "We are talking here about smuggled goods, which had no certificates and other documents and no one would assume responsibility and guarantee that the goods, which can look very palatable, do not pose risk to human health."