Accessibility links
Melting Matterhorn Glacier Uncovers Remains Of Long-Missing Climbers : The Two-Way The remains of two Japanese climbers reported missing on the iconic Alpine peak in 1970 have been positively identified by Swiss police. 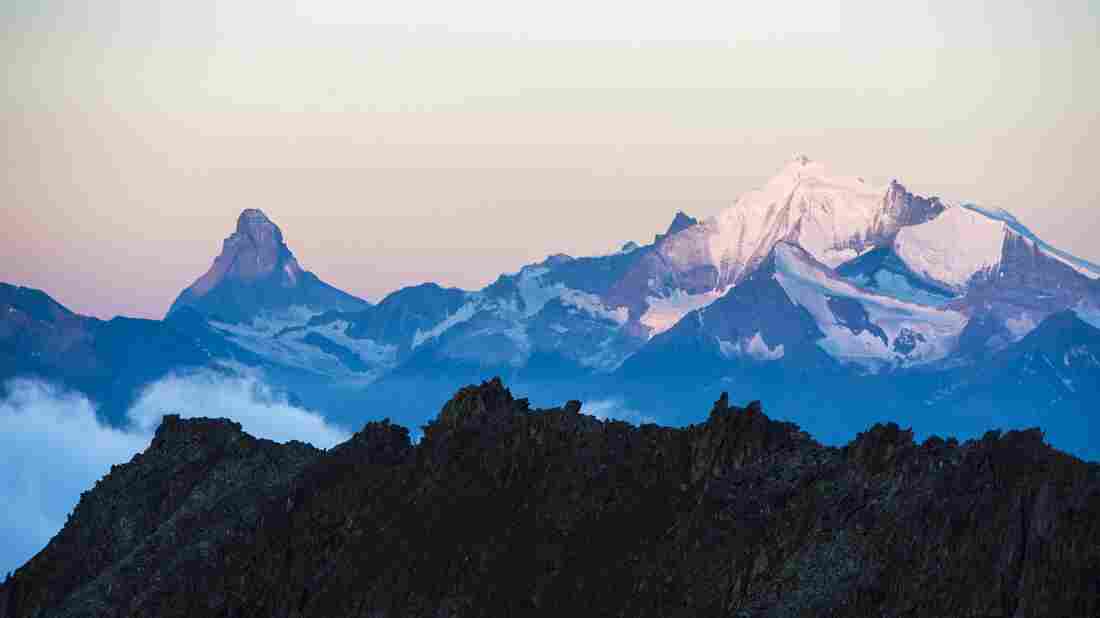 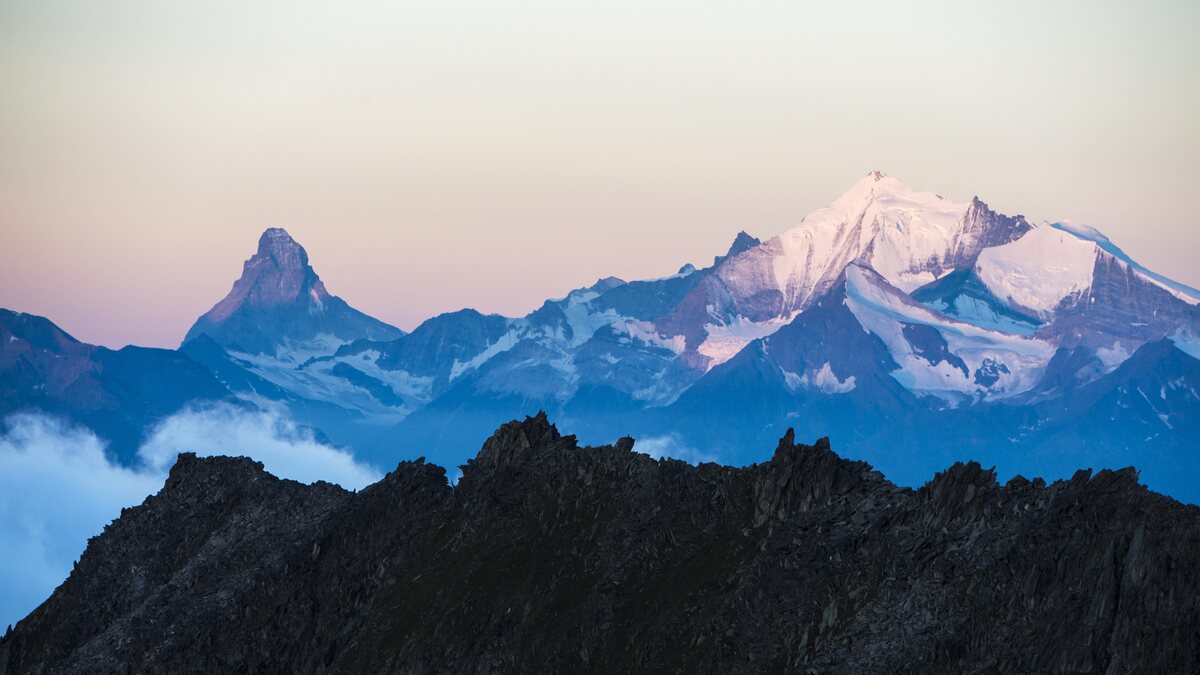 The Matterhorn mountain (left, in distance) after sunrise seen from the Eggishorn mountain, in Fiesch, Switzerland, last month.

The remains of two Japanese climbers, who disappeared on the Matterhorn in the Swiss Alps in 1970, have been found on a glacier at the famed mountain.

Swiss police say that DNA testing has confirmed the remains — found at an altitude of 9,200 feet on the 14,692-foot peak — are Michio Oikawa and Masayuki Kobayashi, 22 and 21, respectively, who were reported missing on Aug. 18, 1970, according to Agence France-Presse.

"They had spent the night before in a hut because they wanted to ascend the north face of the Matterhorn. They were probably surprised by a snow storm when they disappeared," cantonal police spokesman Stephane Vouardoux told Reuters. "The snow storm lasted a few days which prevented the rescue teams from searching."

A climber found the remains last September, but it was several months before they could be positively identified.

Reuters notes that more than 500 people have lost their lives on the iconic and technically challenging peak since the first recorded ascent 150 years ago.

The Associated Press reports: "Remains of long-missing mountaineers have increasingly surfaced as a result of receding glaciers, police said. In October, officials in Bern canton found the remains of a Czech man missing since 1974."