Accessibility links
It's A Wrap: Jon Stewart's Last 'Daily Show' : The Two-Way The host of the political satire program for 16 years ended his run with many of the personalities who had either helped him make the jokes or been on the receiving end of them over the years. 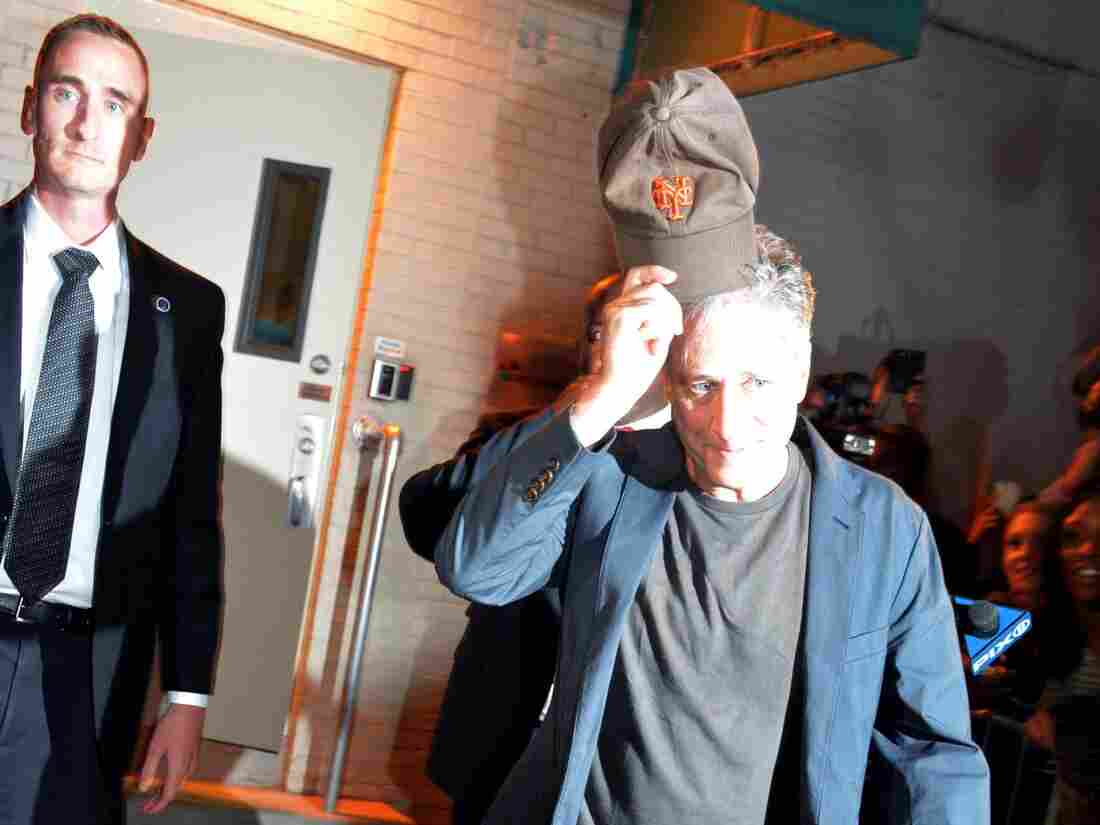 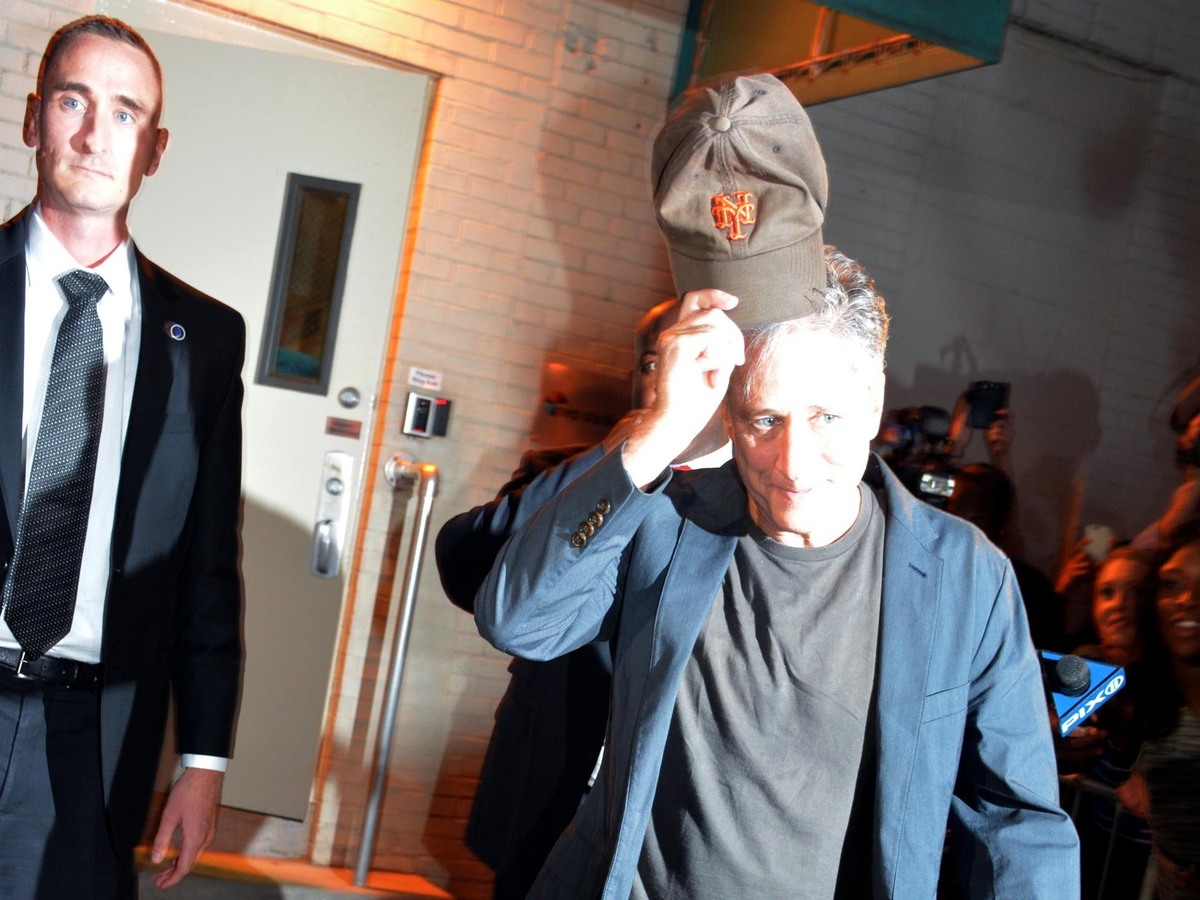 Jon Stewart leaves the studio Thursday after taping his final episode of The Daily Show with Jon Stewart in New York.

After 16 years of honing a unique brand of political satire that has been much copied, but rarely equaled, Jon Stewart signed off for his final episode of The Daily Show with a list of guests who either helped create the jokes or were on the receiving end of them over the years.

The 52-year-old comic announced last winter that he would be stepping down from the Comedy Central powerhouse, with Trevor Noah set to take over the hosting duties.

NPR's television critic Eric Deggans called it "a rollicking, sometimes emotional hour which seemed to feature everyone who had ever appeared on the show during his tenure."

In a segment about the Republican presidential debate, which had yet to occur at the time the show taped, Stewart trotted out Aasif Mandvi, Lewis Black, Stephen Colbert, Steve Carell, Rob Corddry, Samantha Bee and Wyatt Cenac.

One segment gave some of Stewart's targets over the years a chance for a bit of revenge, including Hillary Clinton, Wolf Blitzer, Sen. John McCain and Paul Brown, the CEO of Arby's.

McCain, often portrayed by Stewart as a bitter old man, held a puppet of Stewart and offered up a "So long, jackass."

One of The Daily Show's most famous alumni, Stephen Colbert, made a cameo, some jokes and then a more serious valediction: "We owe you because we learn from you. We learn from you by example how to do a show with intention, how to work with clarity, how to treat people with respect. You are infuriatingly good at your job."

With fellow New Jersey native Bruce Springsteen capping the show with a musical tribute, the ever-modest Stewart offered: "An artist I really admire once said that he thinks of his career as a long conversation with the audience, a dialogue. Nothing ends; it's a pause in the conversation. So rather than saying goodbye or goodnight, I'm just going to say I'm going to go get a drink. And I'm sure I'll see you guys before I leave."