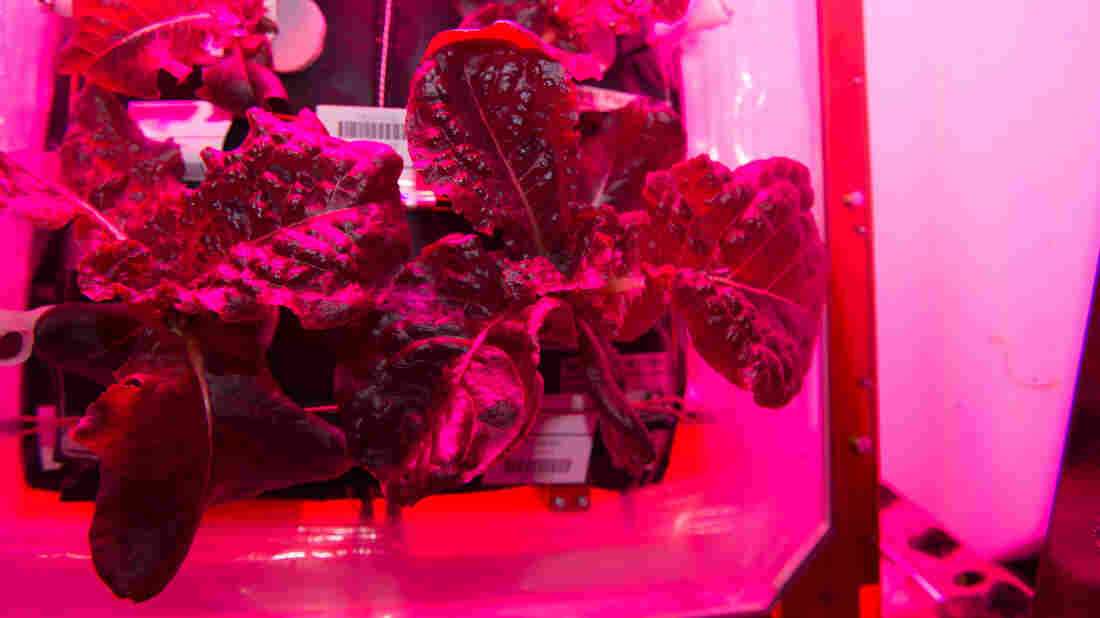 This NASA image shows "Outredgeous" red romaine lettuce from the plant growth system that tests hardware for growing vegetables and other plants in space on the International Space Station. NASA via AP hide caption 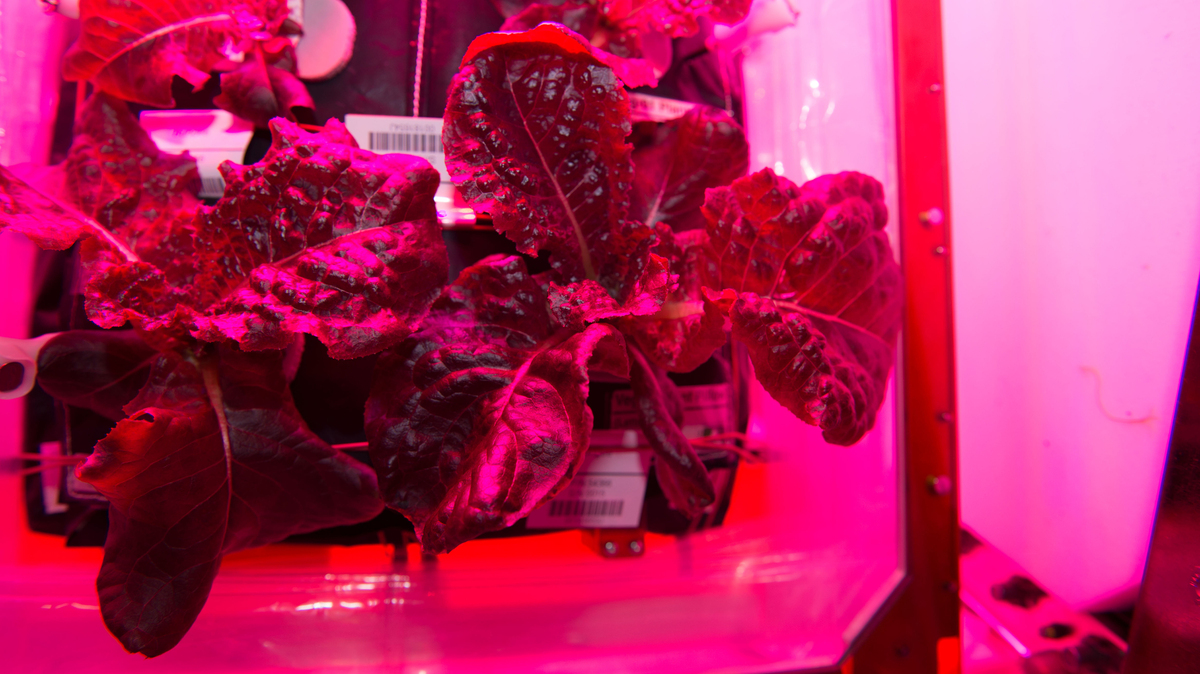 This NASA image shows "Outredgeous" red romaine lettuce from the plant growth system that tests hardware for growing vegetables and other plants in space on the International Space Station.

Monday morning on the International Space Station, NASA astronauts Scott Kelly and Kjell Lindgren and astronaut Kimiya Yui of Japan sampled the "Outredgeous" red romaine lettuce, the first plant grown in space. The trio first sanitized the leaves and then dressed them with extra virgin olive oil and balsamic vinegar. According to Kelly, the lettuce tasted "kind of like arugula." Lindgren was unequivocally pleased, taking a big bite of one of the leaves and declaring: "That's awesome."

Monday on the International Space Station, a batch of romaine lettuce became the first food grown and consumed in space. The leaves were harvested from NASA's experimental plant growth system called Veg-01, a microgravity environment in which plants grow from seed "pillows" under primarily red and blue LED lights.

In 2014, an astronaut on NASA Expedition 39 grew and harvested the first plants from Veg-01 and then sent the plants back to Earth for food safety analysis. This time around, the crew members of Expedition 44, including astronaut Scott Kelly, who is four months into a yearlong space mission, got to enjoy the bounty. Kelly activated the seed pillows on July 8, and then tended to the plants for 33 days before harvesting.

While this isn't NASA's first experiment designed to test the growth of plants in controlled-environment agriculture settings (scientists previously designed a habitation to grow plants on the moon), this is the first and only experiment to evaluate the effect of plant life on humans in space.

Some fresh foods are already on the menu at the International Space Station, but a NASA scientist says crew members must wait for shipments of foods like apples and carrots, and then consume them quickly. The ability to grow sustainable plants in space opens up a world of possibilities for prolonged space exploration, both in terms of improved nutrition and beyond.

Not only do fresh vegetables contain vital vitamins and nutrients, but NASA says there are likely psychological benefits from caring for a small piece of green, which will be increasingly important as space voyages become longer. This idea is central to NASA's Journey to Mars project, which aims to send humans to Mars in the 2030s.

A previous version of this post included an image purportedly showing a plant growth system on the International Space Station's orbiting laboratory. That was actually an image of a concept system.