Accessibility links
Explosions Rock Northeast China City, Killing At Least 44 And Injuring Hundreds : The Two-Way An industrial accident resulted in a massive blast in the port city of Tianjin. 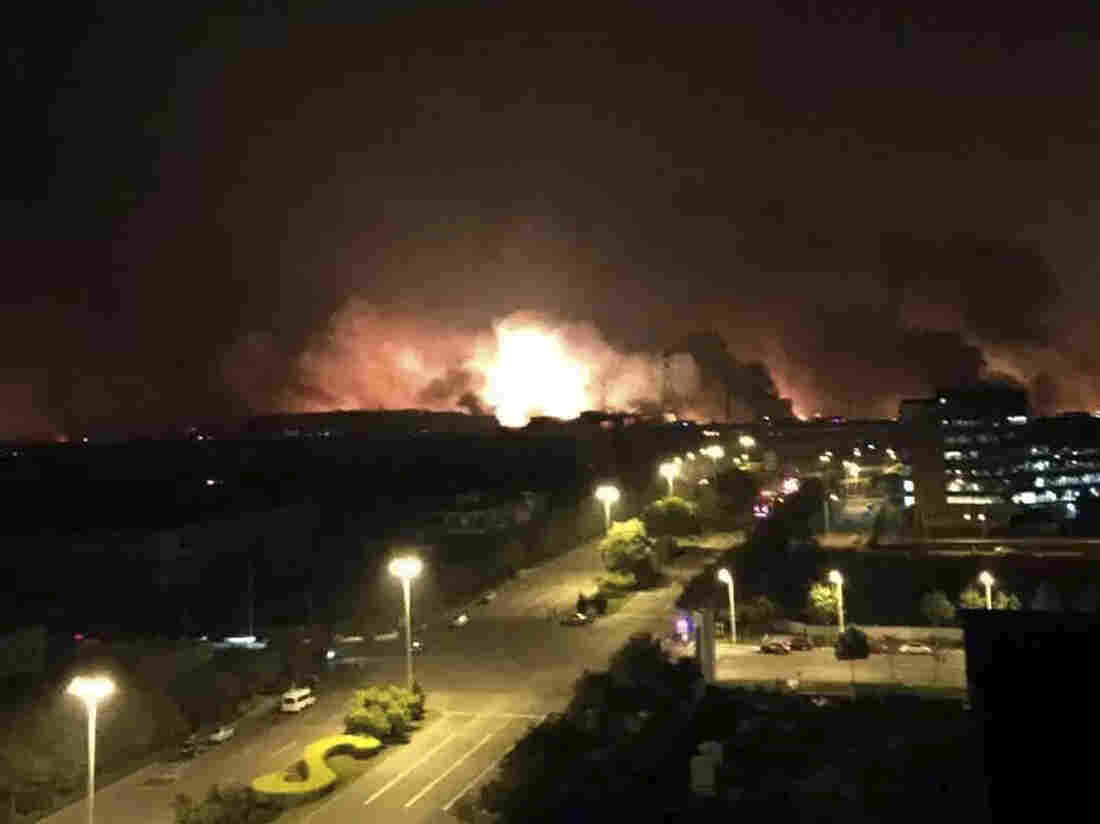 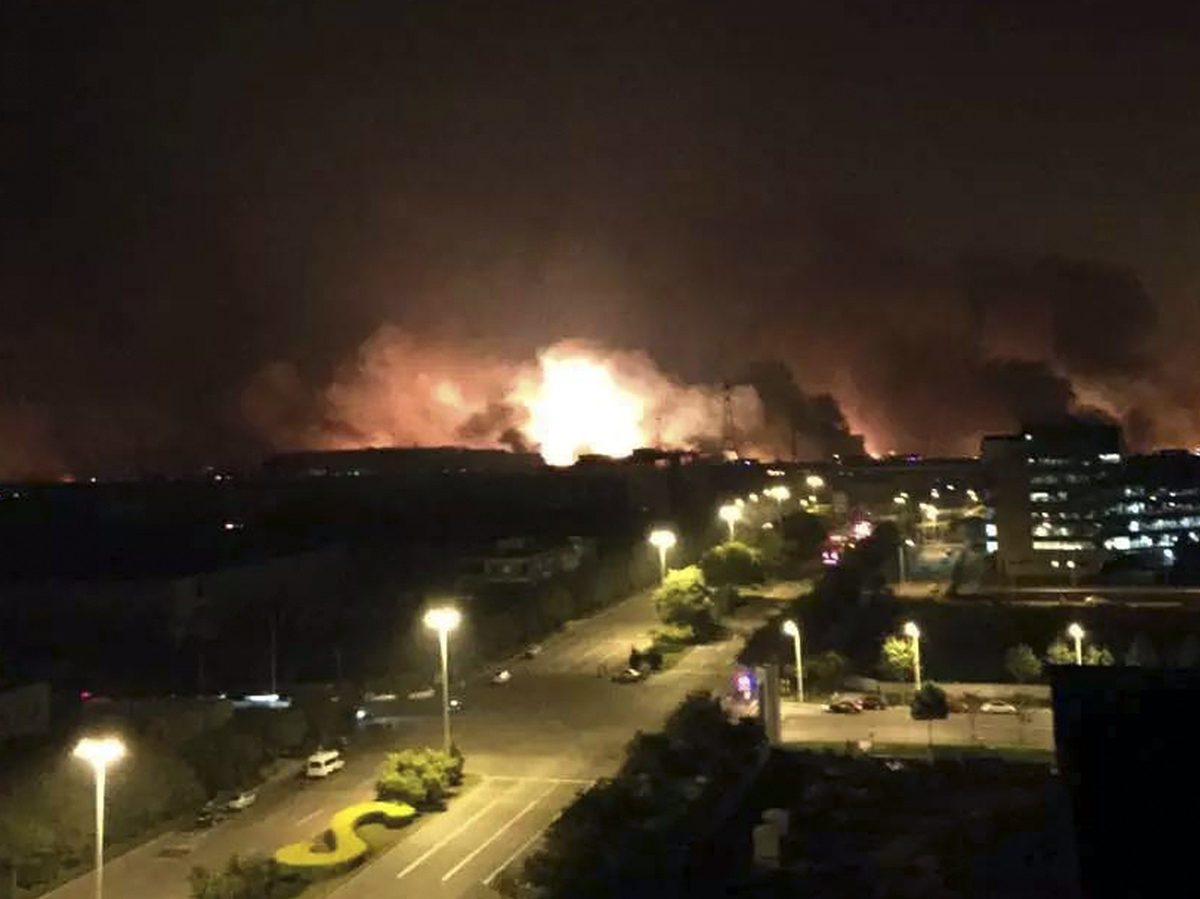 In this photo released by Xinhua News Agency smoke and fire erupt into the night sky after an explosion in north China's Tianjin Municipality early Thursday Aug. 13 local time.

The death toll from the Tianjin warehouse explosions has risen to 44, according to China's official Xinhau News Agency.

Huge explosions have rocked the port city of Tianjin in northeast China. Media reports say at least 17 people were killed and hundreds are injured. Two firefighters are missing.

The latest state media reports say there were two explosions caused by a fire that began at a container terminal at the Tianjin port, which handles the transport of hazardous goods. The fire started at 10:50 p.m. local time and caused two powerful explosions that happened within 30 seconds of each other.

Reports had said the fire was extinguished but the local government has contradicted that. Reuters quotes the Binhai New District government as saying firefighters have suspended their efforts while they learn more about "dangerous goods" stored at the scene.

Reuters also reports that dozens of firefighters are unaccounted for:

"Authorities have lost contact with 36 firefighters at the scene of two massive explosions that ripped through an industrial area in the northeastern Chinese port city of Tianjin overnight, the Beijing News cited Tianjin fire officials as saying on Thursday."

The Associated Press reports that shock waves struck the region around the site:

"I thought it was an earthquake, so I rushed downstairs without my shoes on," Tianjin resident Zhang Siyu, whose home is several kilometers from the blast site, said in a telephone interview. "Only once I was outside did I realize it was an explosion. There was the huge fireball in the sky with thick clouds. Everybody could see it."

Video posted online has caught the violence of the event: