Accessibility links
Warren Harding, We Hardly Knew Ye : The Two-Way Last summer, the 29th president's love letters to a mistress were released; now comes news that DNA tests show Harding did in fact father a child with another mistress. 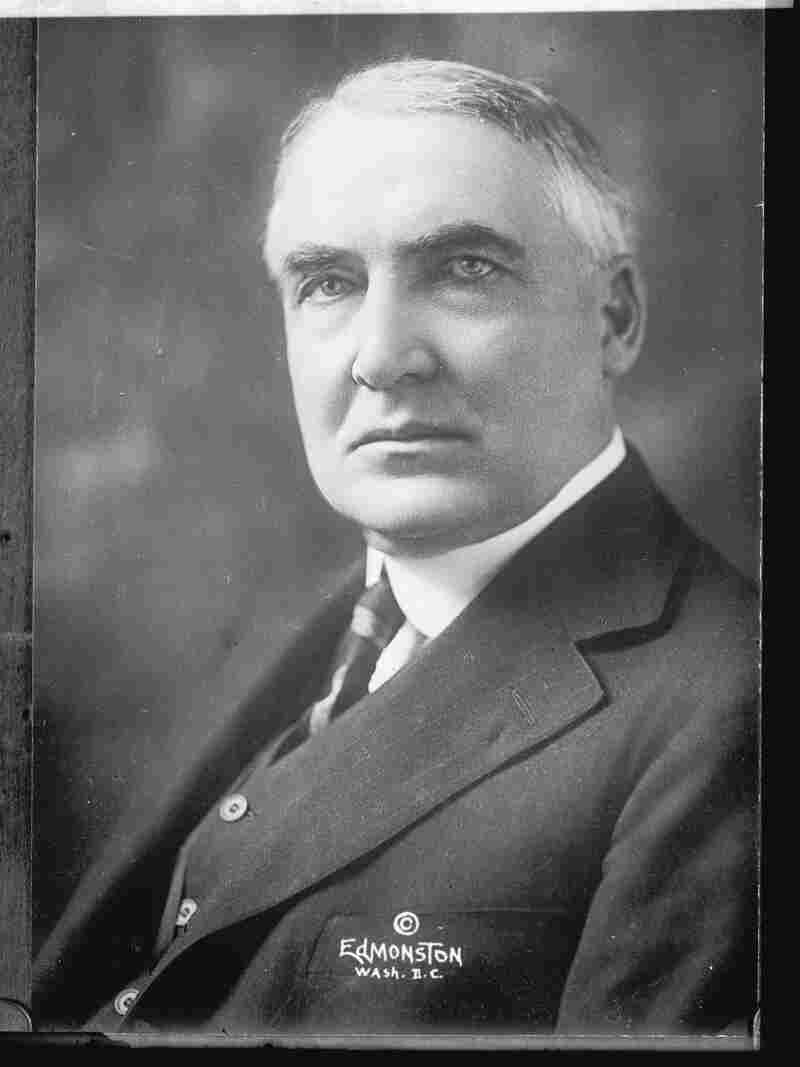 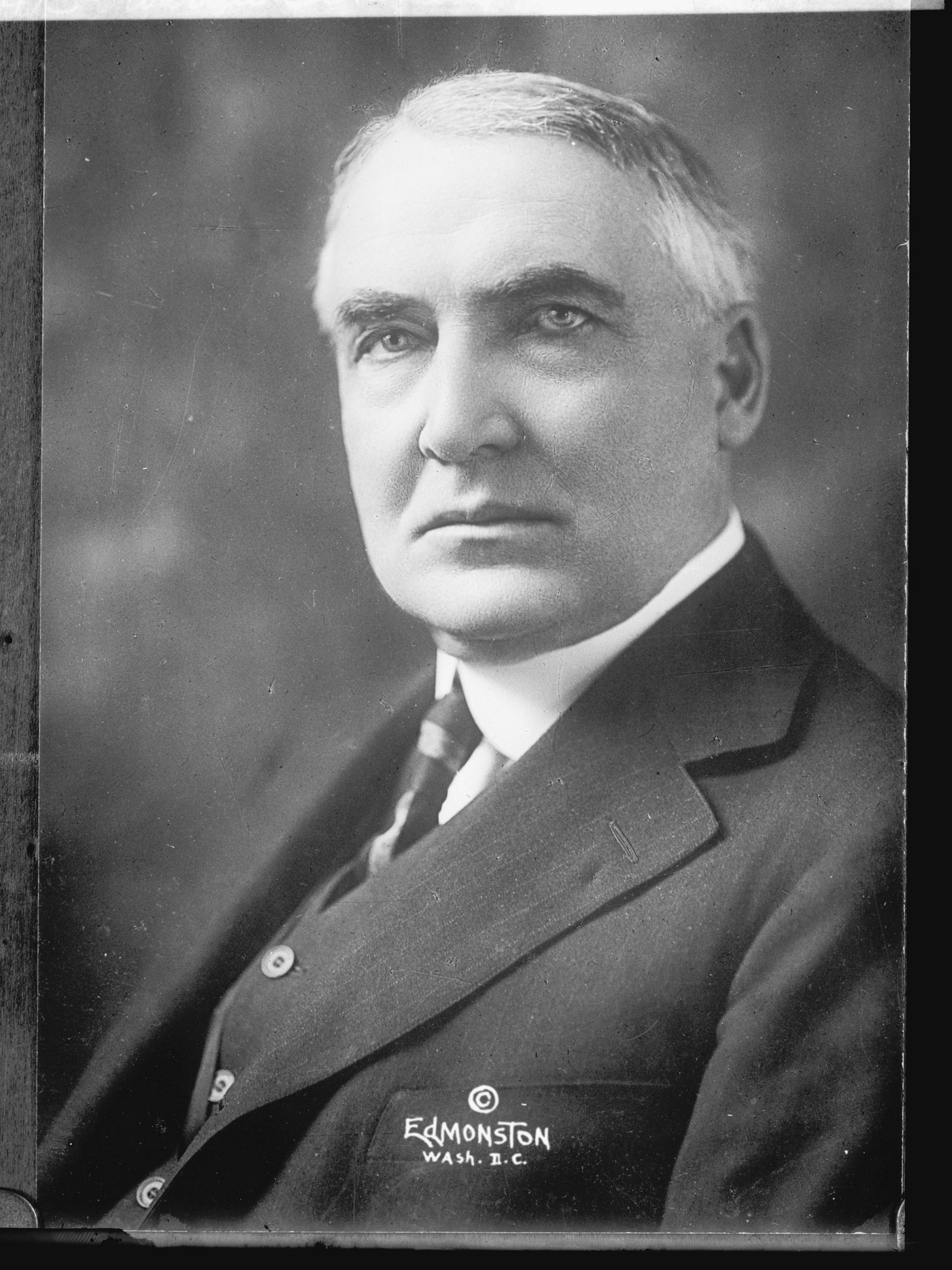 President Warren Harding, seen here in a Library of Congress photo, did not die childless, as was long supposed.

Another year, another revelation about Warren Harding's love life. Last summer, the 29th president's love letters to a mistress were released; now comes news that DNA tests show Harding did in fact father a child with another mistress, whose claims were denied for decades.

Harding, who died in office in 1923, never had a child with his wife; for years, his family said that he had been rendered infertile by a case of the mumps.

But for just as long, Nan Britton, who died in 1991, insisted that Harding had fathered a daughter with her named Elizabeth Ann. And now DNA tests conducted by a unit of the genealogy website Ancestry.com are backing her story.

The account of Britton, Harding's fellow Ohioan who was more than 30 years his junior, has been debated for years. Back in 1928, she presented her version of events — that she and Harding conceived a child together several years before he became president – in a controversial book titled The President's Daughter.

To settle the issue, DNA tests compared samples from two of Harding's descendants with one from James Blaesing, a son of Elizabeth Ann Britton Blaesing (who died in 2005).

The results "show 99.9 percent certainty that James Blaesing is a second cousin with Peter Harding," says Stephen Baloglu, a senior director at Ancestry.com. "After having tested multiple members of the Harding family, all having connections back to James, the family connection is definitive." 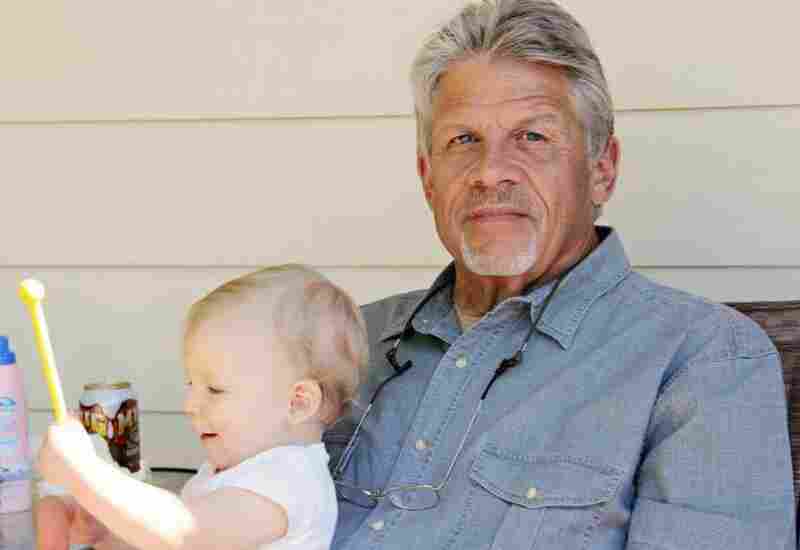 James Blaesing, seen here in 2013 with his grandson, Mason Simon, is the grandson of President Warren G. Harding, according to recent DNA tests. Courtesy of James Blaesing hide caption 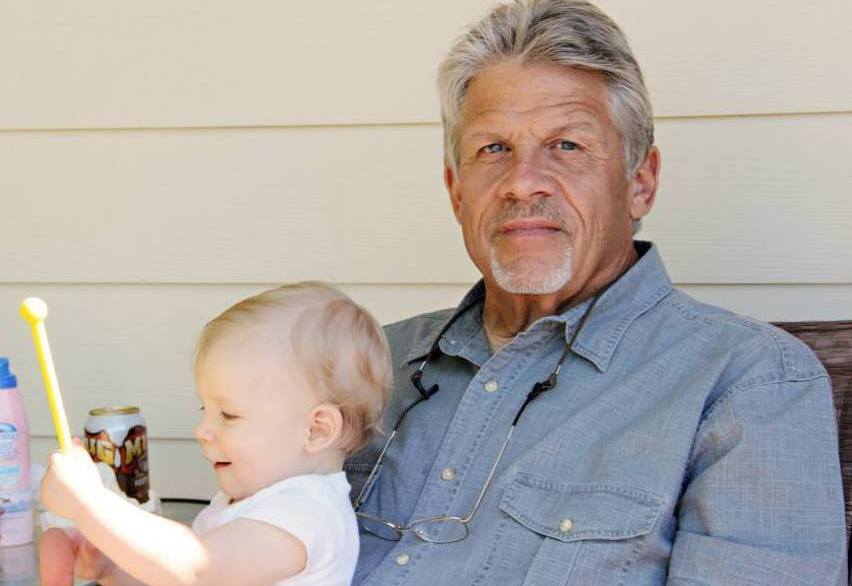 James Blaesing, seen here in 2013 with his grandson, Mason Simon, is the grandson of President Warren G. Harding, according to recent DNA tests.

The findings confirm what James Blaesing and his family have long maintained: that his mother was the only child of Warren Harding, and that he and his two brothers are the president's grandsons.

Peter Harding has said he wanted to settle the "love child" question after finding similarities between the Warren Harding seen in Britton's book and the one who wrote love letters and poetry to another mistress, Carrie Phillips.

The president's letters to Phillips painted vivid — some might say lurid — images of carnal pleasures, as NPR's Don Gonyea reported when they were published online last year by the Library of Congress.

As for Britton, The New York Times' Peter Baker writes that she "was consumed with Harding, who ... was seen by women of the time as attractive."

When Harding's letters to Phillips were released last year, James Hutson, chief archivist of the library's manuscript division, said that the release might spark new interest in Harding. To which we can now say: Chalk one up for the archivist.