Accessibility links
Video Game League Announces Random Drug Tests For Competitors : The Two-Way The Electronic Sports League is implementing the new requirement after a top player at one of its tournaments acknowledged he and his team "were all on Adderall" during competition. 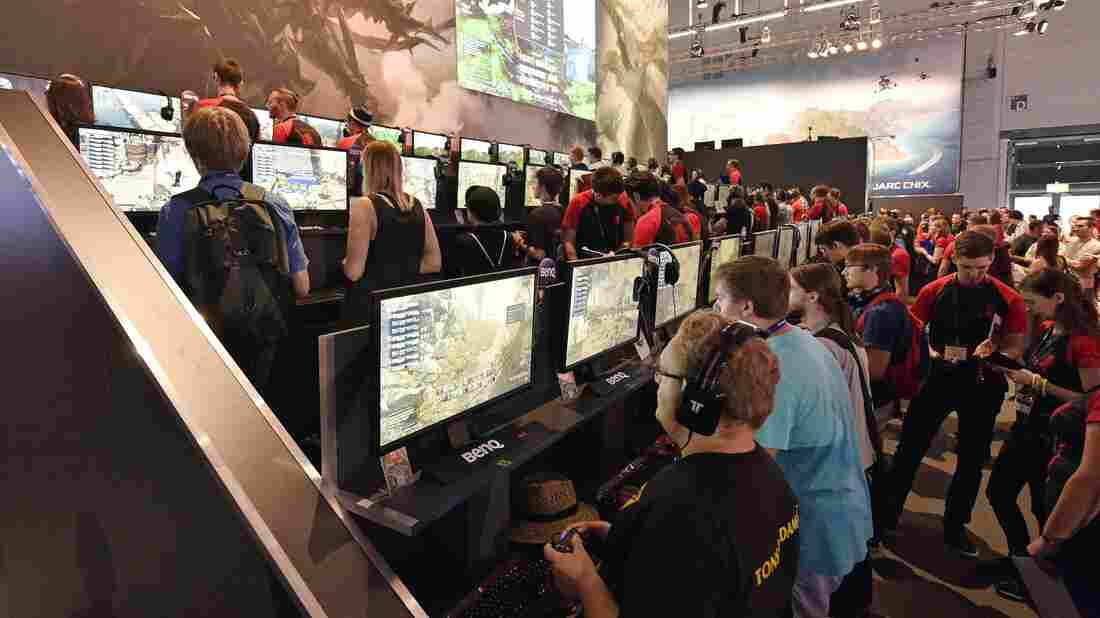 Participants play the latest video games at the gamescom computer game fair in Cologne, Germany, on Wednesday. The Electronic Sports League, which sponsors a tournament in the city later this month, says it will require random drug tests to ensure players are clean. Martin Meissner/AP hide caption 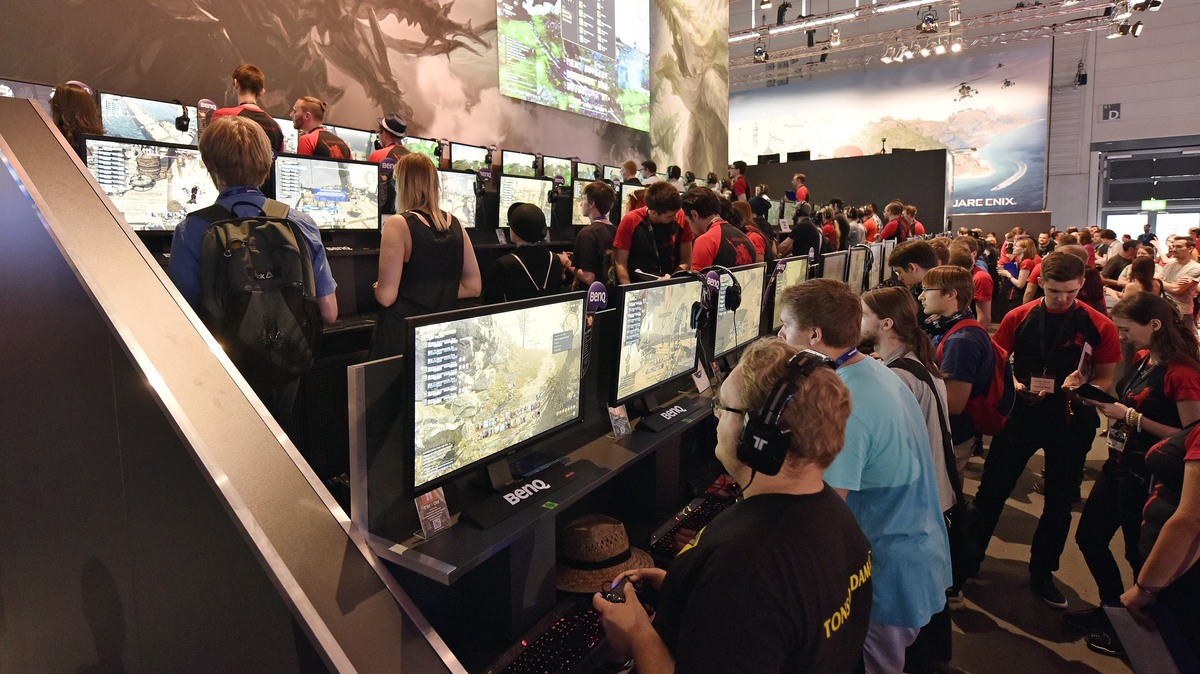 Participants play the latest video games at the gamescom computer game fair in Cologne, Germany, on Wednesday. The Electronic Sports League, which sponsors a tournament in the city later this month, says it will require random drug tests to ensure players are clean.

If you thought that professional video game competitions would be the one sport immune to a doping scandal, you'd be wrong.

While it's not exactly the hill stage of the Tour de France, video games require alertness and stamina. And when top-level Counter-Strike: Global Offensive player Cory "Semphis" Friesen acknowledged in a recent interview that he and his team "were all on Adderall," a stimulant normally used to treat ADHD, during a recent tournament, the (gaming) authorities took notice.

The Electronic Sports League, which sponsored that $250,000 tournament, has issued a new rule, first announced Wednesday on reddit:

"To play a match, be it online or offline, under the influence of any drugs, alcohol, or other performance enhancers is strictly prohibited, and may be punished with exclusion from the ESL One."

The gaming league said the restrictions, which include the same substances prohibited by the World Anti-Doping Agency, apply "from the start of the first day until the end of the last day of competition," but not for their use outside tournaments.

The new rule will require random drug testing. IGN News says the first such tests will be held at ESL One in Cologne later this month, "and more tests are planned to be performed at every event in the IEM, ESL One, and ESL ESEA Pro League competitions." And, yes, there is an exception for Adderall and other such drugs if they are prescribed by a physician and declared before game play commences.

Kotaku.com opines: "Practically, Friesen's public admission isn't surprising: esports is a career and has money in it, so just like regular sports, there will be those willing to take some drugs in order to increase their performance. It's only surprising that he admitted it in the first place, since it's not something that's spoken of very often."

However, Motherboard notes: "ESL is just one eSports organization, and a very important one, but its new anti-doping policies won't cover eSports in their entirety. There are other big organizations, like League of Legends Championship Series (LCS) and Dota 2's The International (TI) event, which haven't responded to this latest doping scandal."