Accessibility links
In Long, Raucous Session, Greek Parliament OKs Draft Bailout : The Two-Way The approval came despite a rebellion within the ranks of the ruling leftist party over harsh austerity measures imposed in exchange for the $93 billion deal. 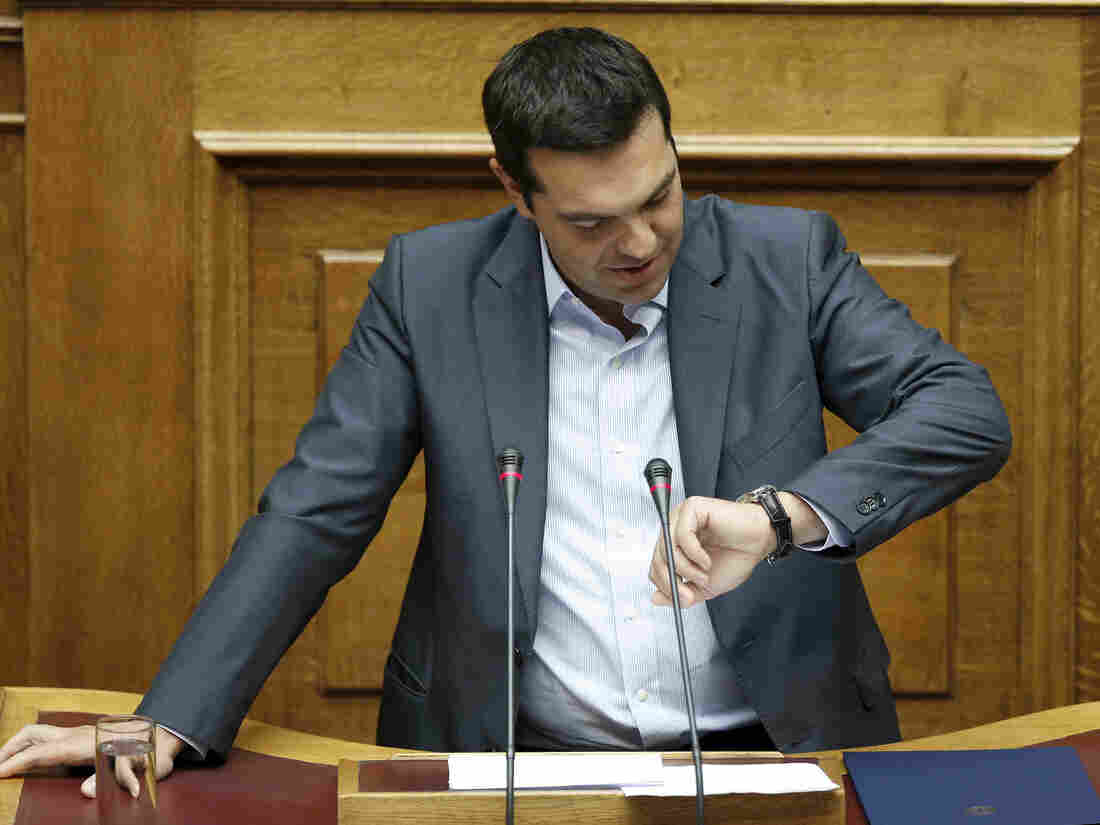 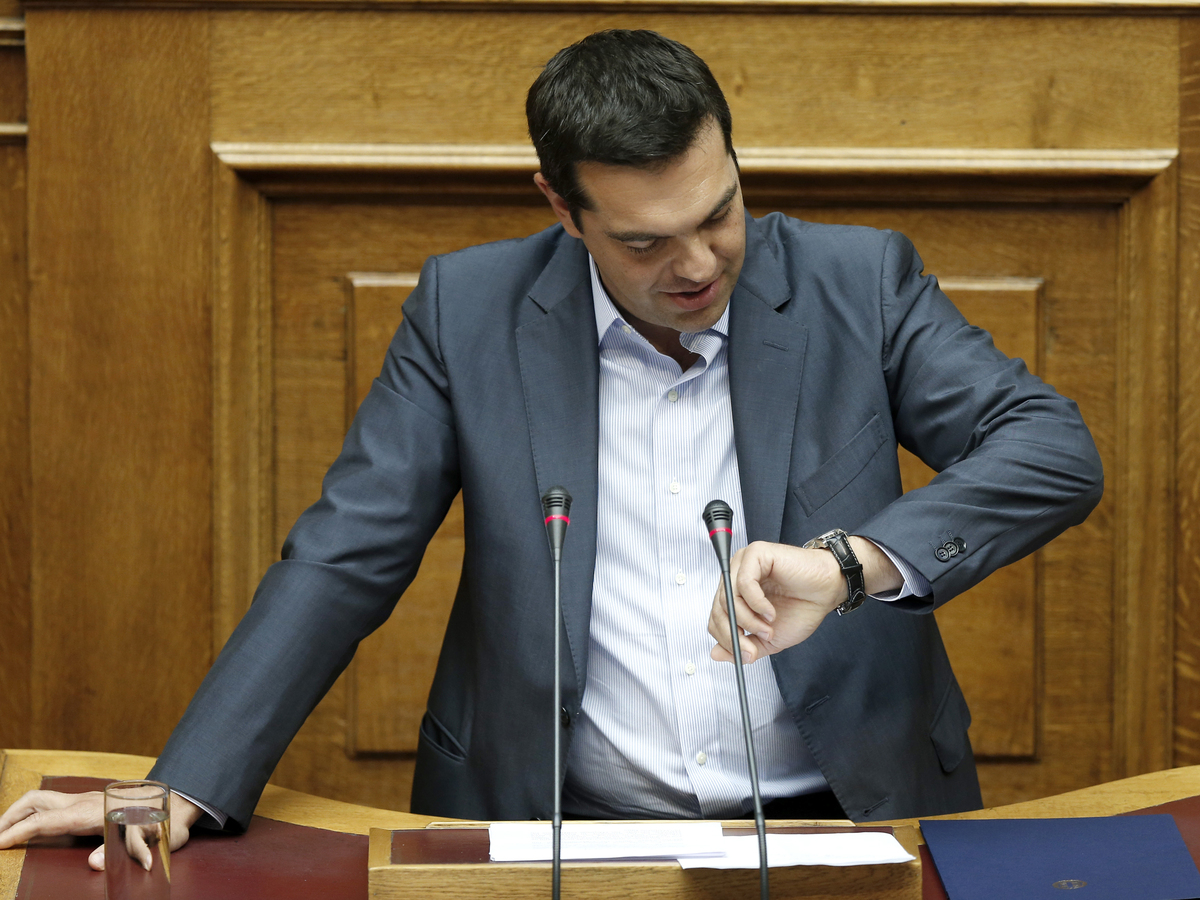 Greek Prime Minister Alexis Tsipras looks at his watch as he speaks to a marathon parliamentary session in Athens on Friday. A bitterly divided Parliament approved a draft bailout agreement with international lenders.

In a 24-hour marathon session, Greek lawmakers approved the draft of an 85 billion euro bailout reached earlier this week with international lenders — agreeing to many of the austerity measures that voters rejected in a referendum last month and sparking a rebellion in the ruling party ranks.

After a session The Guardian describes as "a tumultuous, often ill-tempered and at times surreal all-night debate," the parliamentary green light passes the baton to Greek Finance Minister Euclid Tsakalotos, who heads to Brussels to meet his eurozone counterparts, who must approve the final deal.

Even so, Prime Minister Alexis Tsipras, whose leftist Syriza party was deeply split in the vote, fell short of the 120 votes he would need to survive a censure motion, "leading to speculation he would call a confidence vote next week and snap elections as early as next month," the Guardian reports. The final vote was 222 in favor, 64 against and 11 abstentions.

The Associated Press reports: "The rescue package would give Greece about 85 billion euros ($93 billion) in loans over three years in exchange for harsh spending cuts and tax hikes. Unable to borrow on the international markets, another bailout is all that stands between Greece and a disorderly default on its debts that could see it forced out of Europe's joint currency."

In Brussels, French Finance Minister Michel Sapin was quoted by The Telegraph as saying that Greece had lived up to its end of the bargain by pressing through austerity measures, but that Germany — key to the deal — remains skeptical.

The austerity measures include a sharp increase in the value-added tax from 13 percent to 23 percent, a type of consumption tax paid at the register.

But Greece is hoping that agreement to the tough measures will garner it some goodwill with exasperated EU leaders and possibly a degree of debt relief, which some Eurozone ministers have hinted is possible.

"The IMF has made clear it would participate in the program only if Europe agreed to ease Greece's huge debt burden.

"But Berlin opposes writing off any Greek debt, although it is open to the idea of extending grace periods before Athens has to start paying interest and principal on its bailout loans.

"Tsipras has long argued Greece cannot repay all its debts and demanded a partial write-off. The creditors have agreed to consider the issue only after a review in October of the government's implementation of its side of the deal."