Accessibility links
In Private Letter, Red Cross Tried To End Government Inquiry : The Two-Way The charity has said it wants to "lead the effort in transparency." But when a congressman requested an inquiry into its disaster relief work, Red Cross officials wanted it called off. 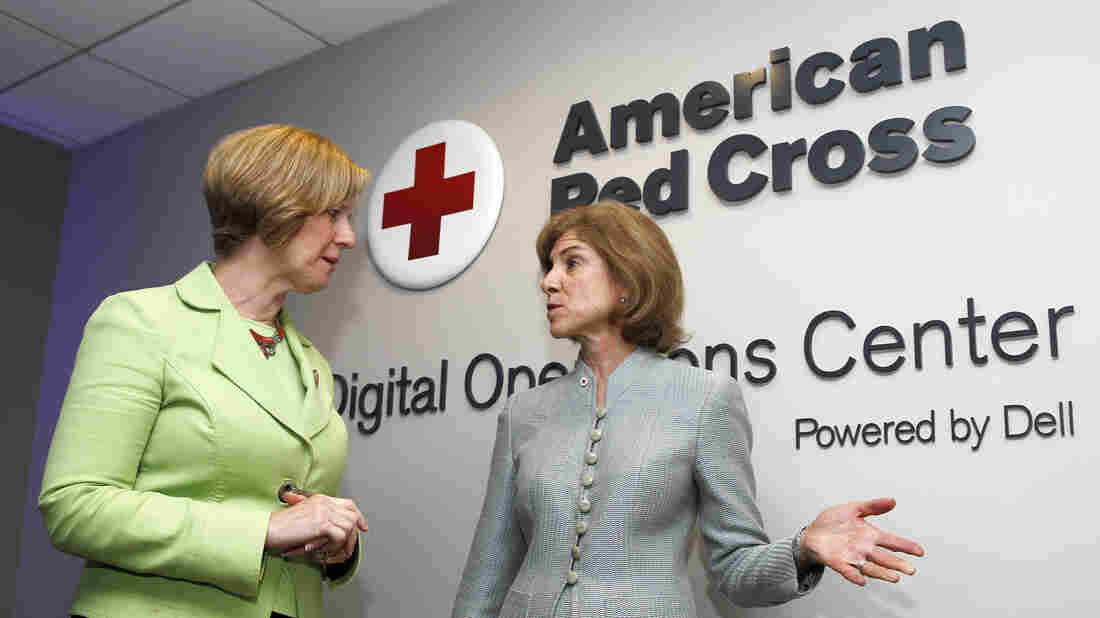 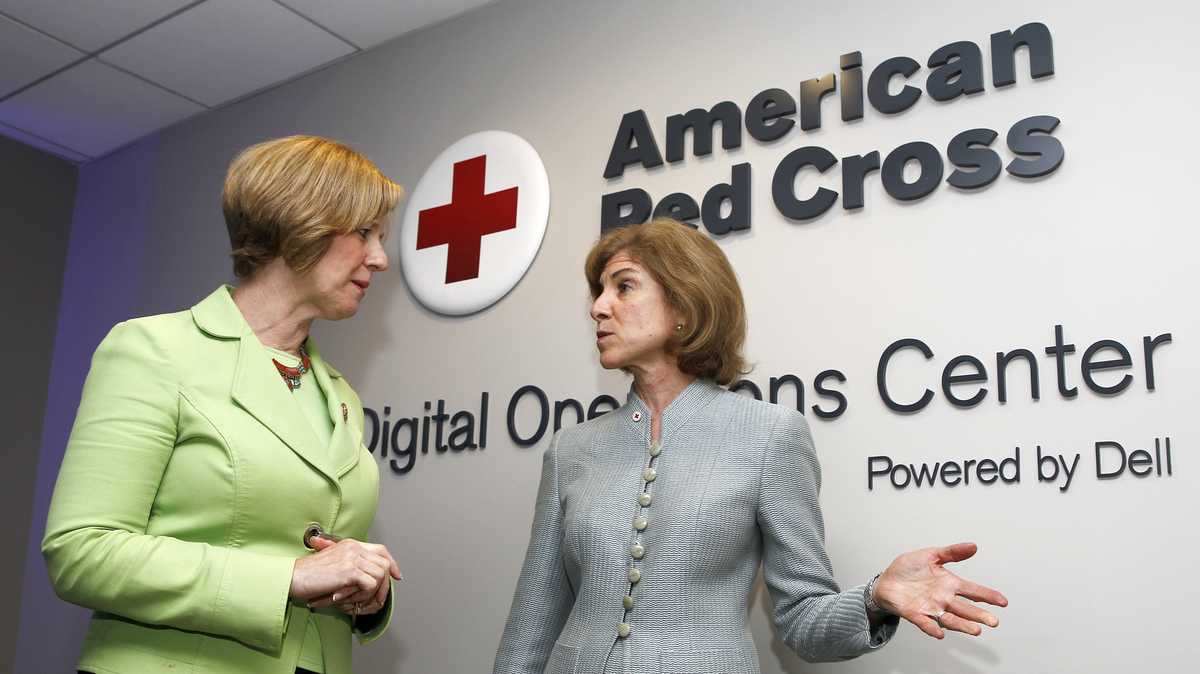 The American Red Cross, which has often boasted of its transparency, attempted last year to halt a congressional inquiry into its disaster relief work, according to a private letter Red Cross CEO Gail McGovern wrote to Rep. Bennie Thompson.

In the letter, McGovern asked Thompson, a Democrat from Mississippi and the ranking member of the House Committee on Homeland Security, to "end the inquiry" he requested into the charity and how it coordinates with the federal government. The Government Accountability Office was already four months into its investigation when McGovern went to see Thompson and followed up with the letter, which was obtained by NPR and ProPublica.

"As I mentioned at the end of our discussion, I would like to respectfully request that you consider meeting face to face rather than requesting information via letter and end the GAO inquiry that is currently underway," McGovern wrote on June 30, 2014, a week after they met.

That was the first of two occasions in which she noted that she did not want to correspond with the congressman in writing. "I feel it was productive for us to speak in person about the issues you've been raising and hope that we can continue future conversations in the same manner," she wrote. She then gave Rep. Thompson her personal cellphone number.

Despite McGovern's request, the GAO inquiry continued as planned.

"Over time, the public has come to accept the American Red Cross as a key player in the nation's system for disaster relief," Thompson said in an email. "It is unfortunate that in light of numerous allegations of mismanagement, the American Red Cross would shun accountability, transparency, and simple oversight."

The Red Cross did not respond to detailed questions that NPR and ProPublica sent by email. In a statement, the charity said it was working cooperatively with the GAO and "would continue to answer all of their questions."

"We asked if we could answer the questions face to face rather than through a GAO study, which takes precious staff time and resources and months to complete," the statement says. "Even though that did not happen, we continue our work with the GAO."

In her letter to Thompson, McGovern similarly said that the reason she would prefer to discuss any issues in person was because of limited resources.

"Responding to the questions and participating in interviews (particularly because of the broadness of the questions)," she wrote, "is using a great deal of staff resources while we are preparing for hurricane season and simultaneously responding to tornadoes, storms, wildfires and floods across multiple states."

It's unclear what kind of resources the Red Cross needed to answer the GAO's questions, but the charity employs at least six full-time government and congressional relations staffers at its headquarters in Washington, D.C., and also retains an outside lobbying firm.

Craig Holman, an advocate with the government watchdog group Public Citizen says he has never seen an instance in which the subject of a GAO inquiry asked for the inquiry to be called off.

"This is both a unique and particularly brazen lobby campaign by Gail McGovern to bring an end to an independent GAO investigation," he says.

McGovern has often sought to portray the Red Cross as a model of transparency.

In January 2011, a year after the Haiti earthquake, McGovern told a packed luncheon at the National Press Club that "with this outpouring of support, comes a responsibility for accountability and for transparency."

"We made a commitment that we want to lead the effort in transparency," she said, "and for the most part, we share anything we have."

A spokesman for the GAO says researchers were unaware of the Red Cross' request to end the investigation and that the completed report is expected to be released next month.

Do you have a tip to share? Email NPR correspondent Laura Sullivan.