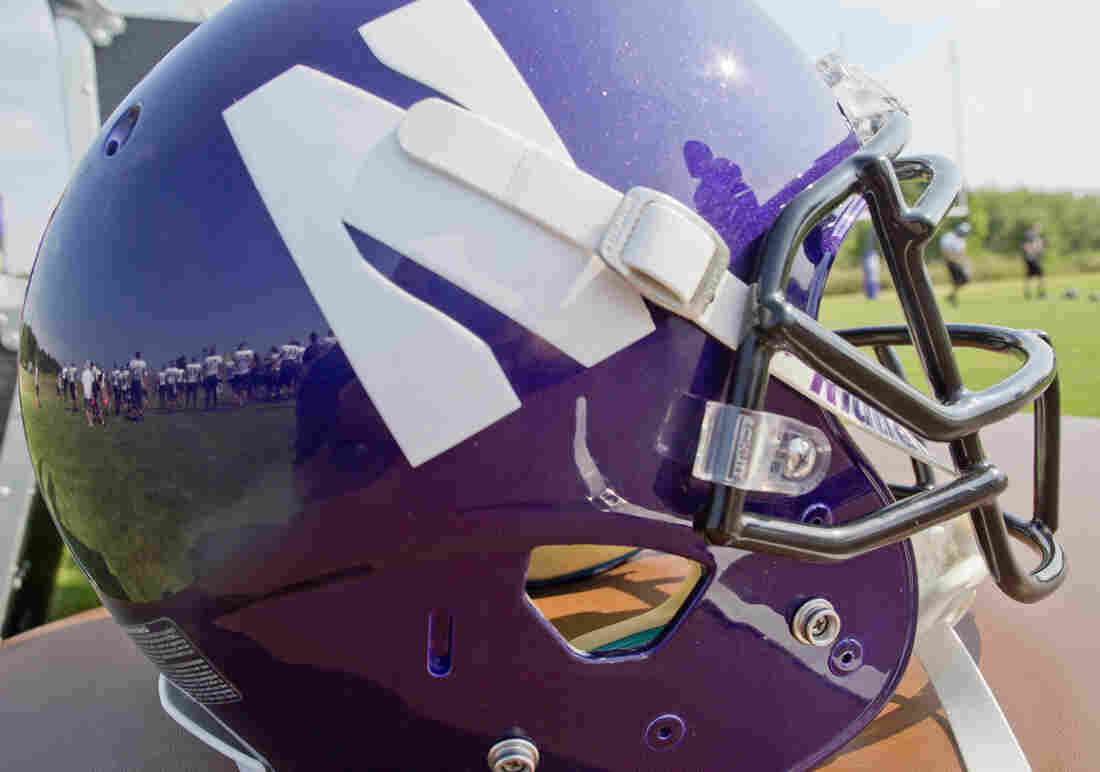 Northwestern football players are reflected in a helmet during drills at a practice. On Monday, the National Labor Relations Board dismissed a petition that players be allowed to form a union. Jeffrey Phelps/AP hide caption 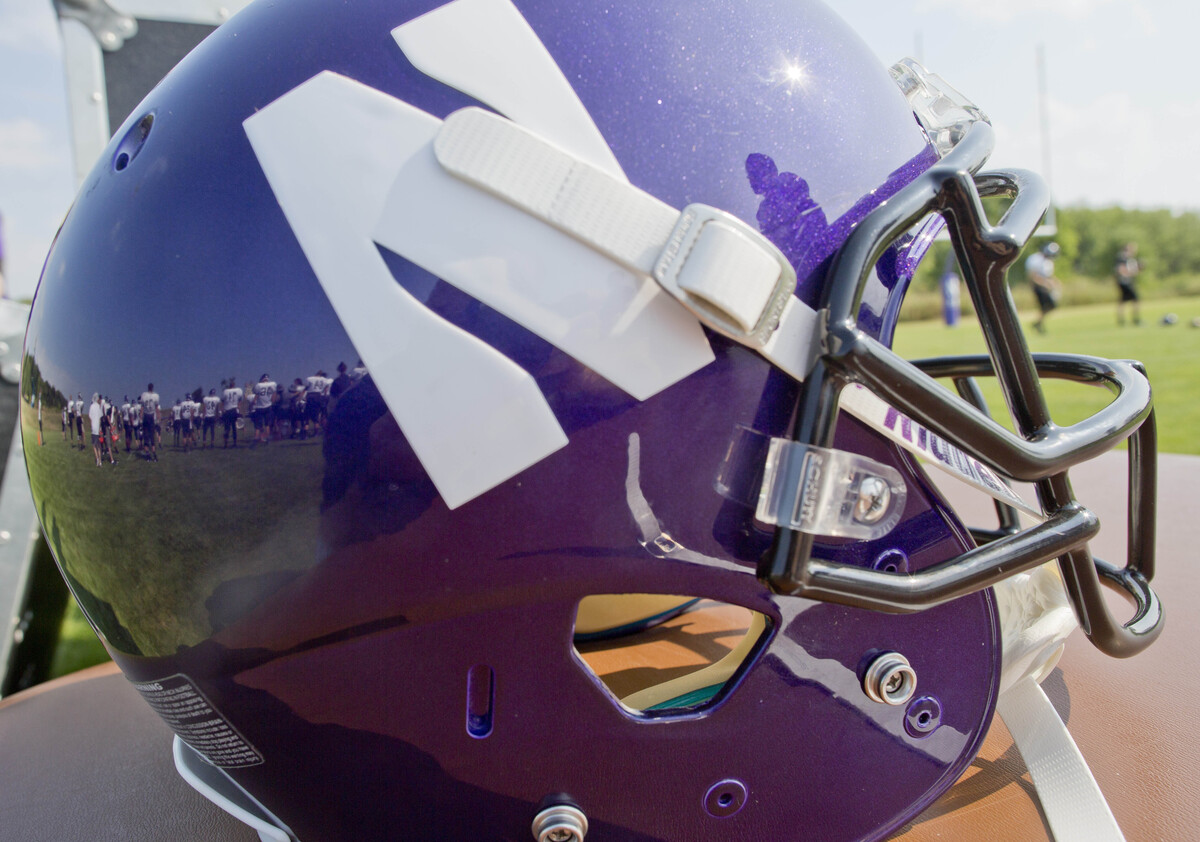 Northwestern football players are reflected in a helmet during drills at a practice. On Monday, the National Labor Relations Board dismissed a petition that players be allowed to form a union.

In a unanimous decision, the National Labor Relations Board has rejected Northwestern University football players' petition to form a union by declining to assert jurisdiction in the case.

The decision effectively overturns a 2014 ruling by an NLRB regional director that found the athletes meet the broad definitions of employees under federal law and thereby could form what would have been the nation's first student-athlete union.

In a statement Monday, the NLRB said the five-member board did not determine whether players are "statutory employees" under the National Labor Relations Act. The board, it added, "held that asserting jurisdiction would not promote labor stability due to the nature and structure of NCAA Division I Football Bowl Subdivision."

"The idea being that allowing one school to unionize could upset the balance of competition in the NCAA, because the NLRB has no jurisdiction over state-run colleges, which constitute the vast majority of the country's football programs," NPR's Nathan Rott reports.

As the Two-Way previously reported, football players at Northwestern, a private university outside of Chicago, brought suit against the university "to have a voice at the table," according to NPR's David Schaper. "They argued that they received very little compensation, while the university and other employees raked in money. Another reason for the suit was health care. David explains that athletes receive health insurance for the time they are in school, but they no longer receive health care once they're gone."

In a statement, Alan K. Cubbage, vice president for university relations at Northwestern, said the school is pleased with the latest NLRB ruling. He said the ruling means that a union election players conducted last year is moot, and that any votes cast by Northwestern scholarship football players will not be counted. Cubbage continued:

"As the University has stated previously, Northwestern considers its students who participate in NCAA Division I sports, including those who receive athletic scholarships, to be students, first and foremost. We applaud our players for bringing national attention to these important issues, but we believe strongly that unionization and collective bargaining are not the appropriate methods to address the concerns raised by student-athletes."

Kain Colter, a former Northwestern Football player who helped bring the case to the NLRB and is now a free agent in the National Football League, said Monday on Twitter: "Disappointed by the NLRB ruling. But can't deny the positive changes that were brought up by athletes standing up. Proud of those guys."

There have been some changes recently in regard to player compensation at the collegiate level. The Associated Press reports that the NCAA has allowed five college athletic conferences to give student athletes stipends in addition to their scholarships to help with expenses, ranging from $3,000 to $5,000 at some schools.