Accessibility links
North And South Korea Trade Artillery Fire; No One Is Hurt : The Two-Way Joint exercises between the U.S. and South Korea have raised tensions in the region. Thursday's exchange was the first time the North and South had traded fire in five years.

North And South Korea Trade Artillery Fire; No One Is Hurt

North And South Korea Trade Artillery Fire; No One Is Hurt 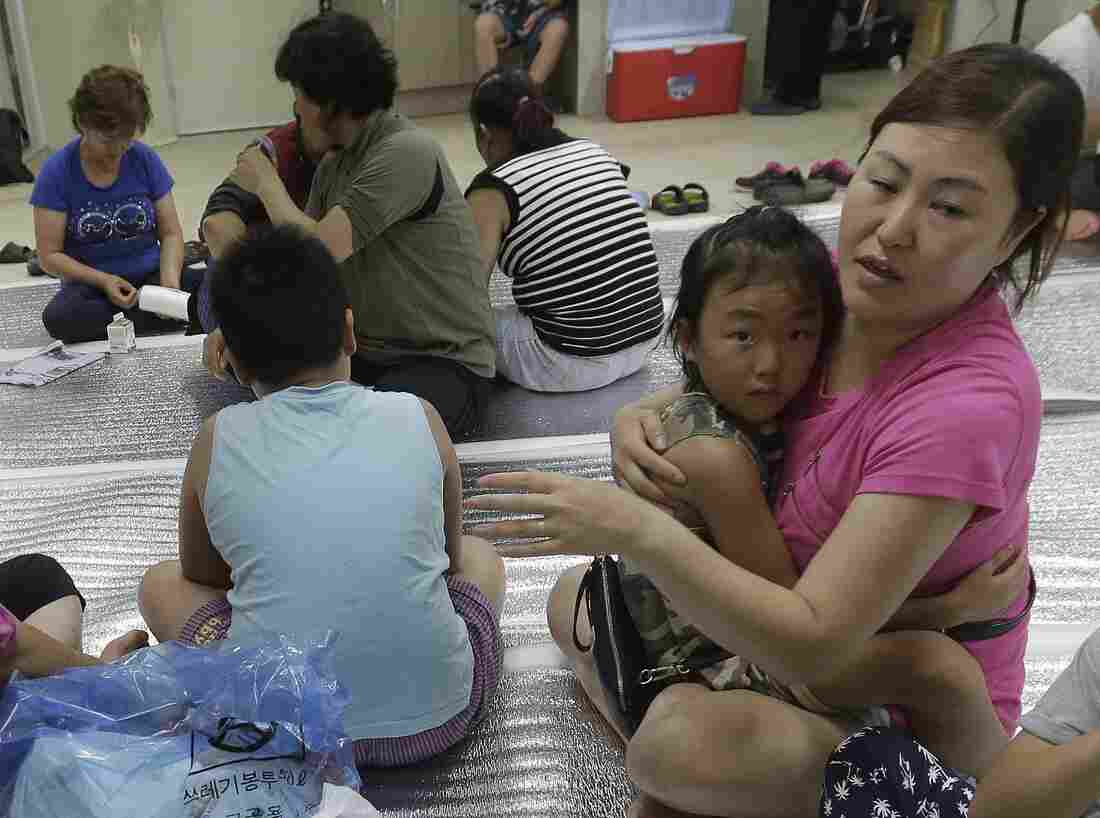 South Korean residents gather at a shelter in the South Korean town of Yeoncheon where one shell fell on Thursday. Ahn Young-joon/AP hide caption 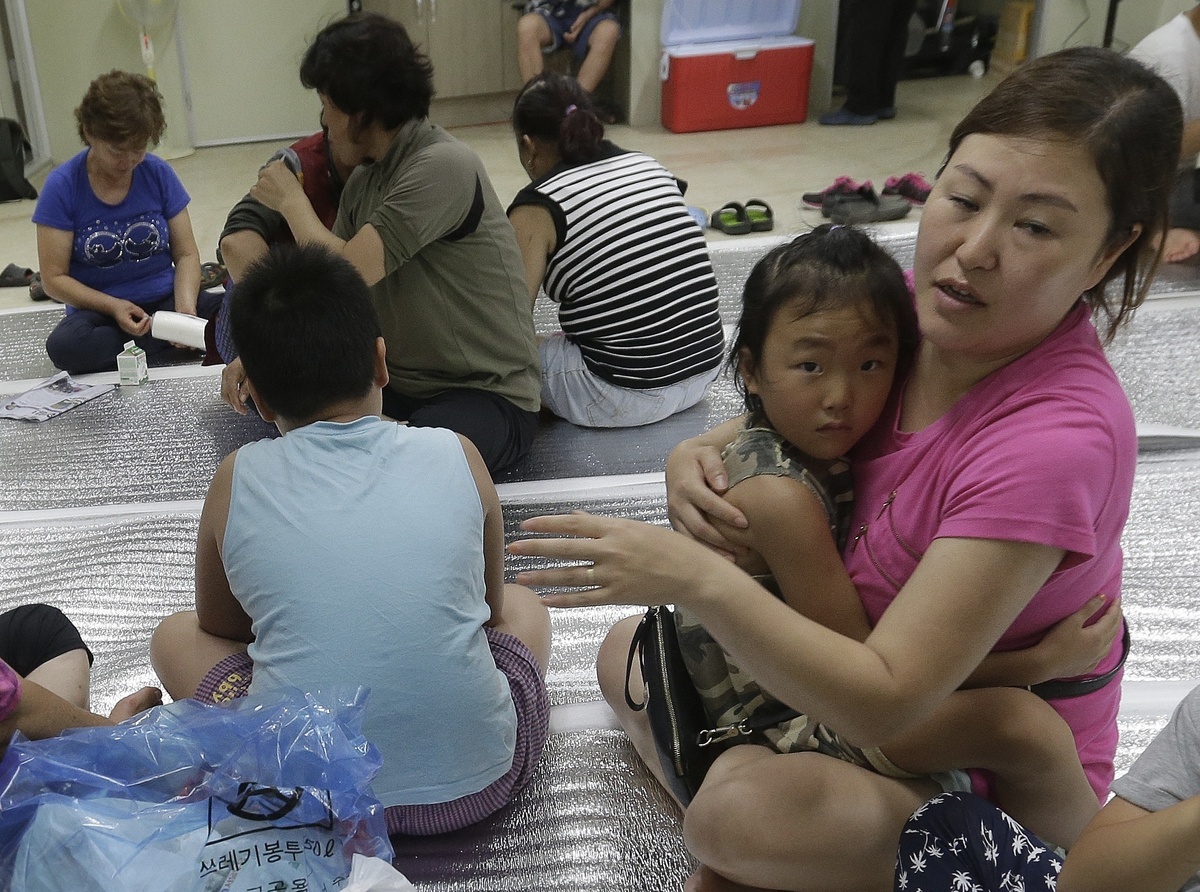 South Korean residents gather at a shelter in the South Korean town of Yeoncheon where one shell fell on Thursday.

No one was hurt, but it was the first time tensions had escalated into an armed clash between the neighbors in five years, the New York Times reports.

Reporting for NPR from Seoul, Haeryun Kang tells Newscast that:

"Yeoncheon is evacuating more than 80 of its residents. President Park Geun-hye is holding an emergency session with the National Security Council."

At moment, there are two things heightening the conflict: The U.S. and South Korea are conducting yearly military training exercises, and the South has been blaring propaganda across the border using huge speakers.

"Tensions have been on the rise along the countries' heavily armed 155-mile border since Aug. 4, when two South Korean border guards were seriously wounded by land mines that the South said were planted by the North. North Korea denied planting the mines.

"In retaliation, South Korea last week began using loudspeakers along the border to broadcast propaganda messages into North Korea, a tactic dating from the Cold War that had not been used in 11 years. The North turned on propaganda loudspeakers of its own, and it threatened to attack South Korea.

"Yeoncheon, the county where the North Korean rocket appeared to have landed, is one of the areas where the South had begun broadcasting propaganda. The South Korean military said none of its loudspeaker batteries were struck by the rocket."