Accessibility links
Macedonia Declares State Of Emergency To Block Surge Of Migrants : The Two-Way Macedonia has been a hub for migrants traveling through Greece to more affluent European Union nations. Many people are escaping the violence in Syria.

Macedonia Declares State Of Emergency To Block Surge Of Migrants

Macedonia Declares State Of Emergency To Block Surge Of Migrants 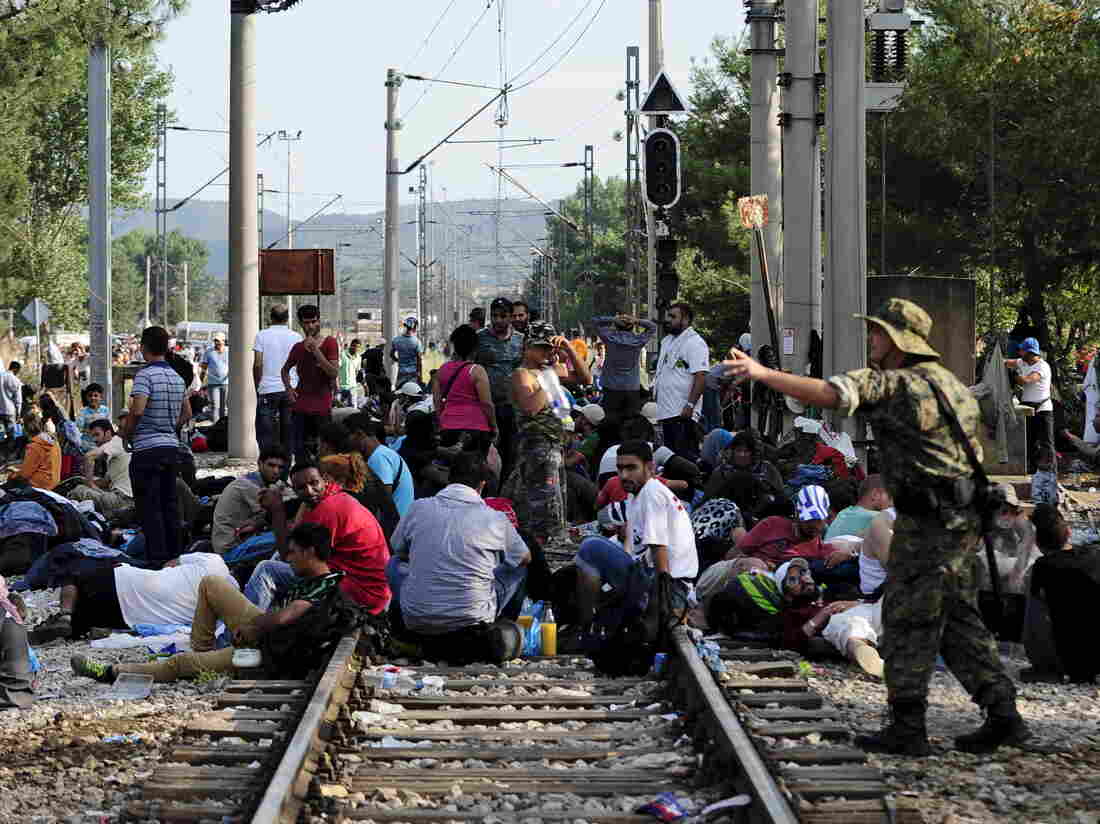 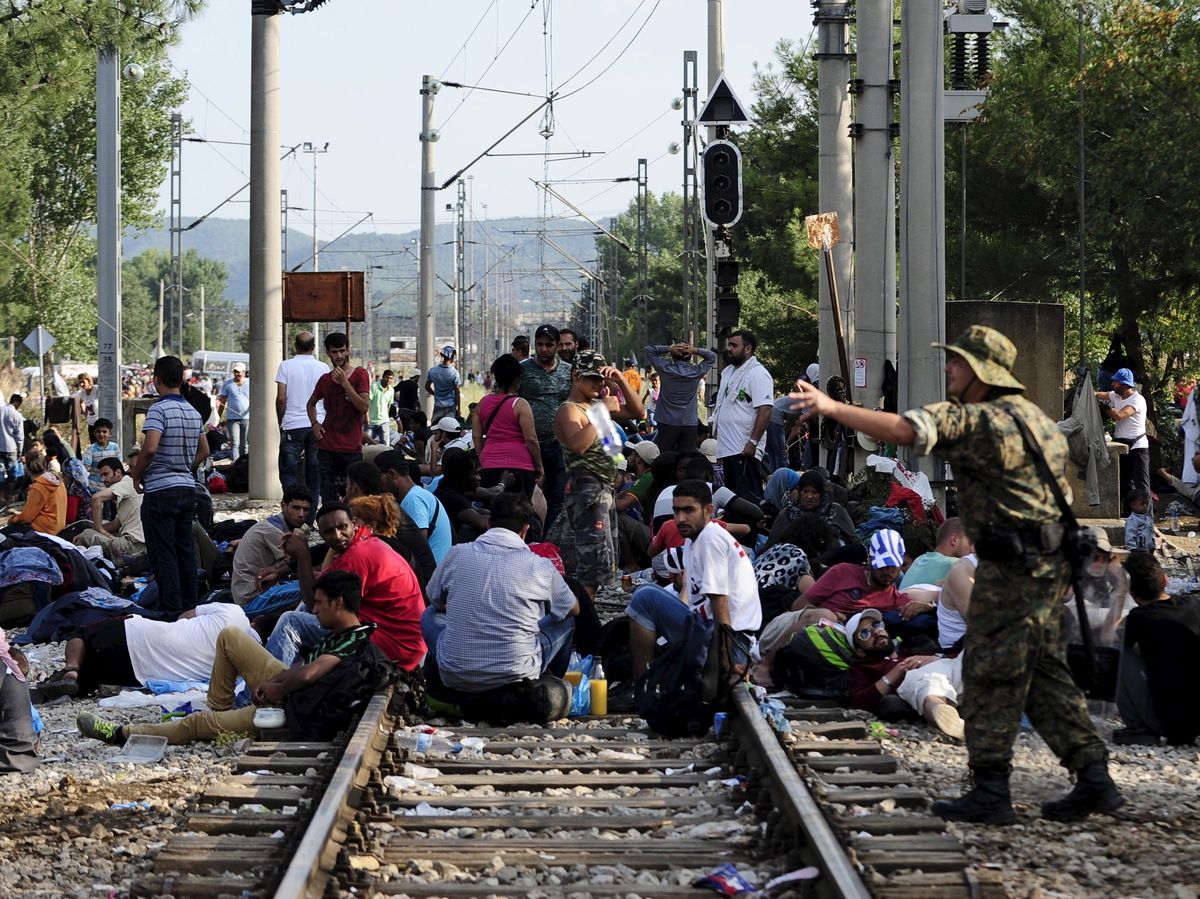 Macedonian special police guard the border as more than a thousand migrants wait at Macedonia's border with Greece.

Alarmed at the flow of migrants coming in through Greece, the tiny European nation of Macedonia declared a state of emergency Thursday. It has begun deploying riot police in armored vehicles and calling in the military.

The Associated Press reports Macedonian officials have blocked thousands of migrants from entering and left them stranded in an open field being described as a "no-man's land" near the Greek border.

"The government said it was proclaiming a state of emergency on its borders and deploying army troops as it tries to stem a surge of migrants from the Middle East, Asia and Africa that has overwhelmed the economically impoverished Balkan country," according to the AP.

The Guardian reports that as many as 2,000 migrants a day have been pouring into the Macedonian town of Gevgelija.

"The clampdown came after days of chaotic scenes at the local railway station as thousands of people tried to board trains to Serbia, young children being passed through open carriage windows."

Macedonia may not be the final stop for the migrants. It's a hub for people heading to more affluent European Union nations. The BBC reports as many as 44,000 have passed through the country in the past two months, many fleeing violence in Syria.