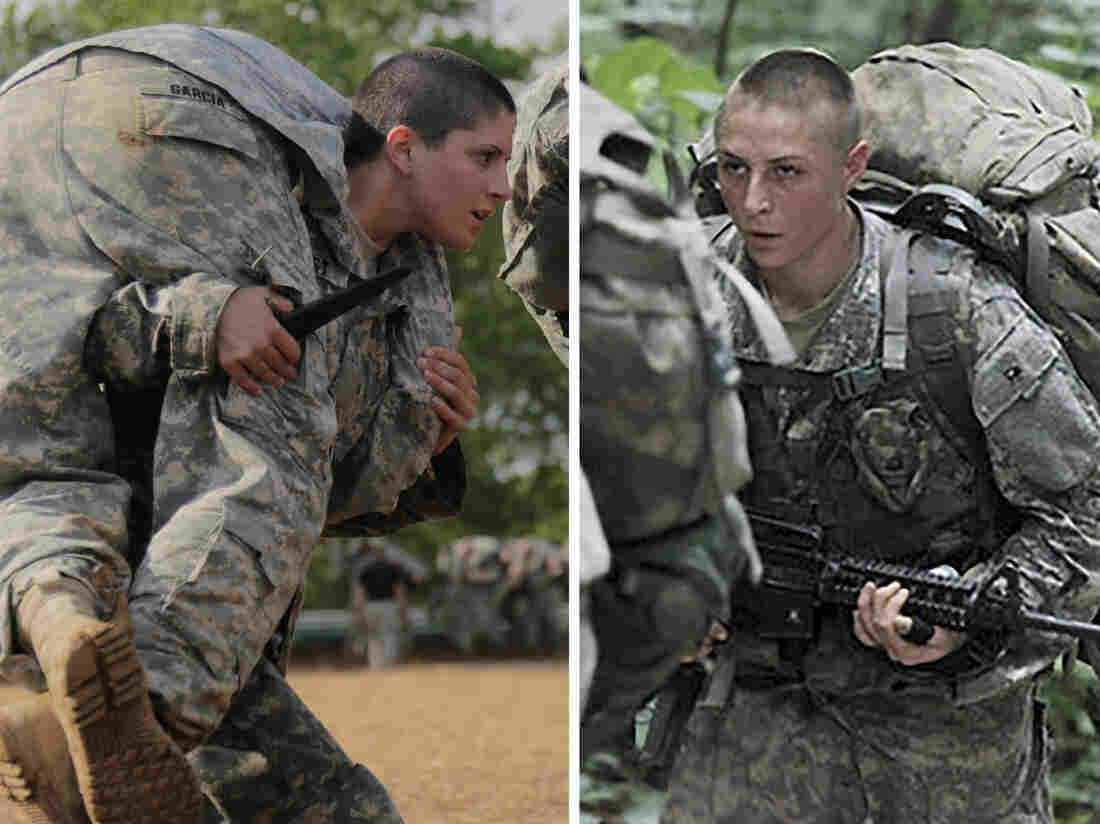 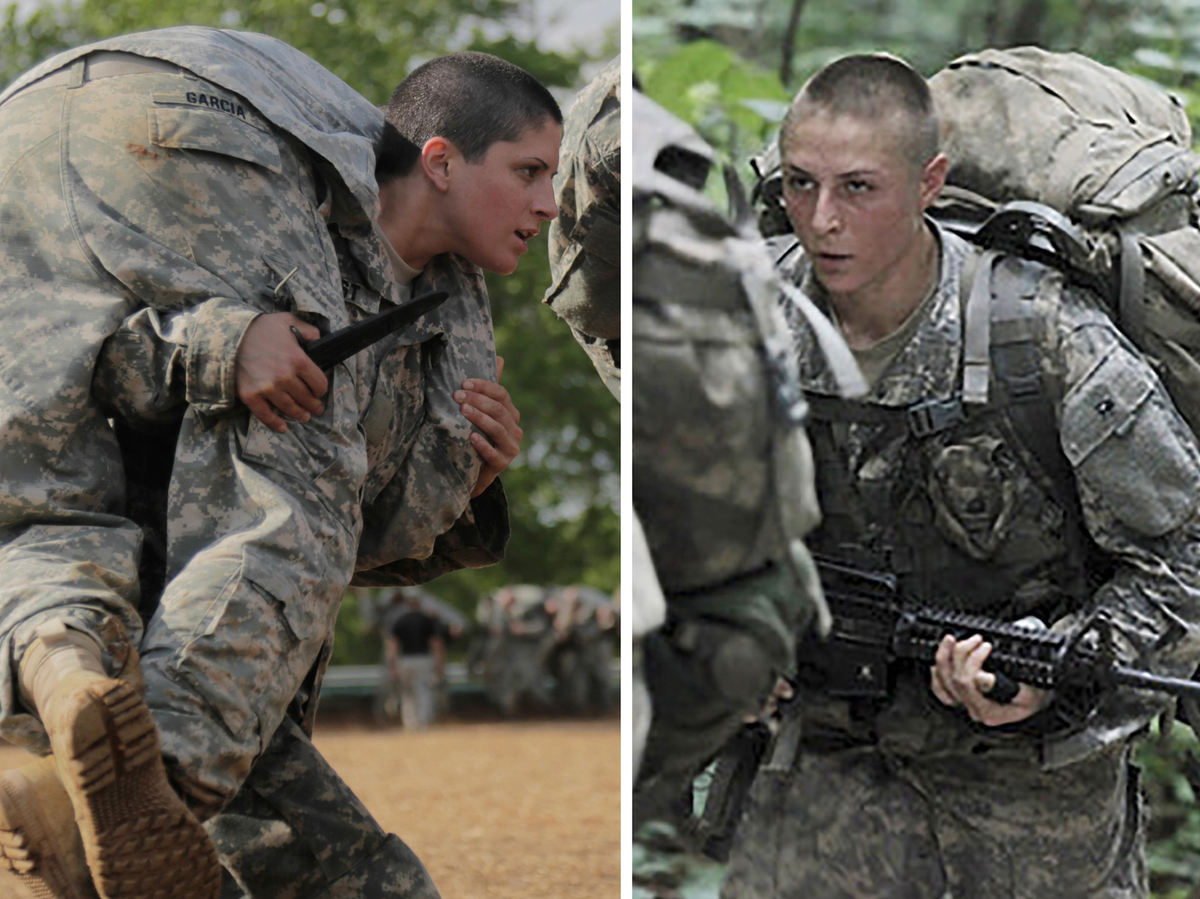 Haver, an Apache helicopter pilot, and Griest, a military police platoon leader, completed the course to the same standards as their 94 male classmates — a point emphasized by Maj. Gen. Scott Miller, the guest speaker at the graduation ceremony.

Miller, who graduated from Ranger School three decades ago, said he wanted to "address the nonsense on the Internet."

"When I shake your hand, I know there's something behind that handshake. Rangers lead the way," Miller said.

As NPR's Brakkton Booker reported on Thursday, Griest and Haver, speaking at a news conference, were asked if they ever thought of quitting the program, which has a very high dropout rate.

"I never actually thought anything was going to be too difficult that it was worth leaving the course," Griest said.

Haver said: "Seriously considering quitting throughout the course? I think I would be crazy to say if I didn't," Haver said. "But the ability to look around to my peers and to see they were sucking just as bad as I was, kept me going."

Of the 364 soldiers who started out in the class, 40 went "straight through" to graduate, completing the course in 62 days. The final graduating class of 96 included a number of soldiers who repeated parts of the course from earlier cycles. According to the Army, 4,057 students attempted the course last year; 1,609 earned the Ranger tab.

U.S. Defense Secretary Ash Carter called Haver and Griest on Thursday to congratulate them on finishing the intensive program.

"Their success casts new attention on the obstacles that remain to women who aspire to join all-male combat units, including the 75th Ranger Regiment. Although Haver and Griest are now Ranger-qualified, no women are eligible for the elite regiment, although officials say it is among special operations units likely to eventually be opened to women. ...

"Both are graduates of the U.S. Military Academy at West Point. Of 19 women who began the Ranger course, Haver and Griest are the only two to finish so far; one is repeating a prior phase of training in hopes of graduating soon."