Accessibility links
Americans, Briton Who Thwarted Train Attack Receive French Medal : The Two-Way The three Americans and a British man who took down a heavily armed man on a passenger train speeding through Belgium have received France's top honor. 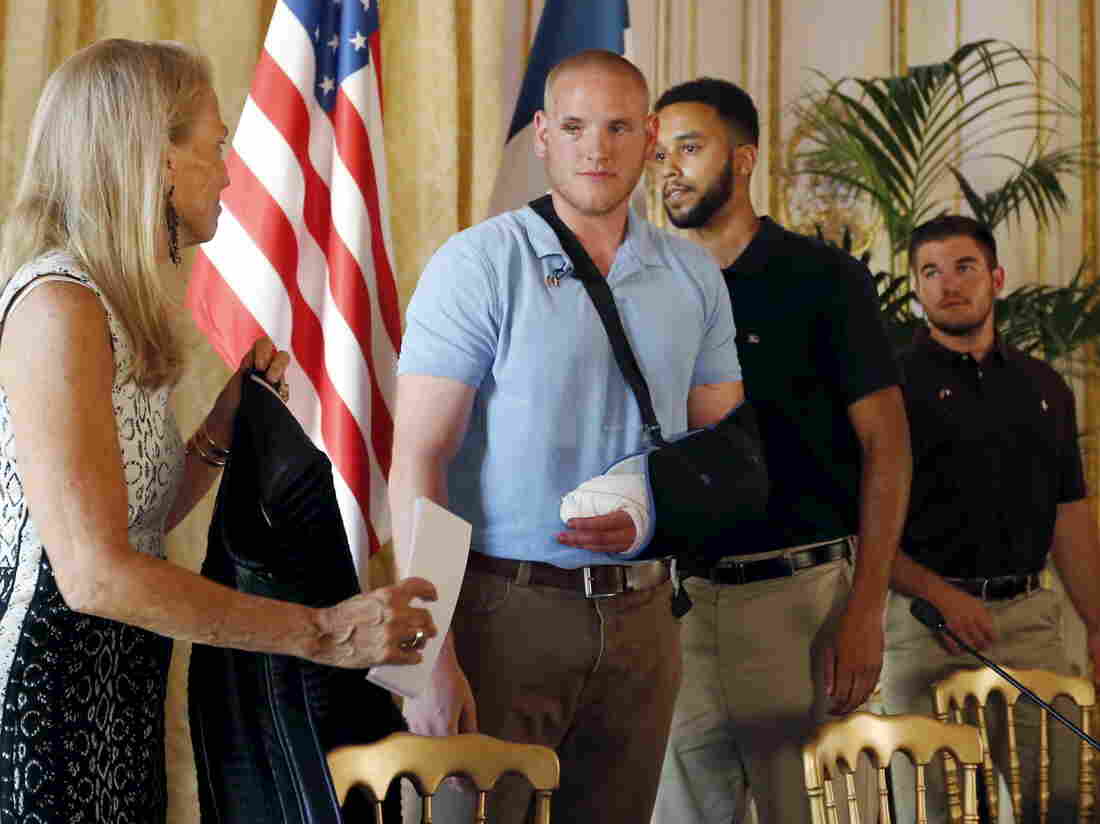 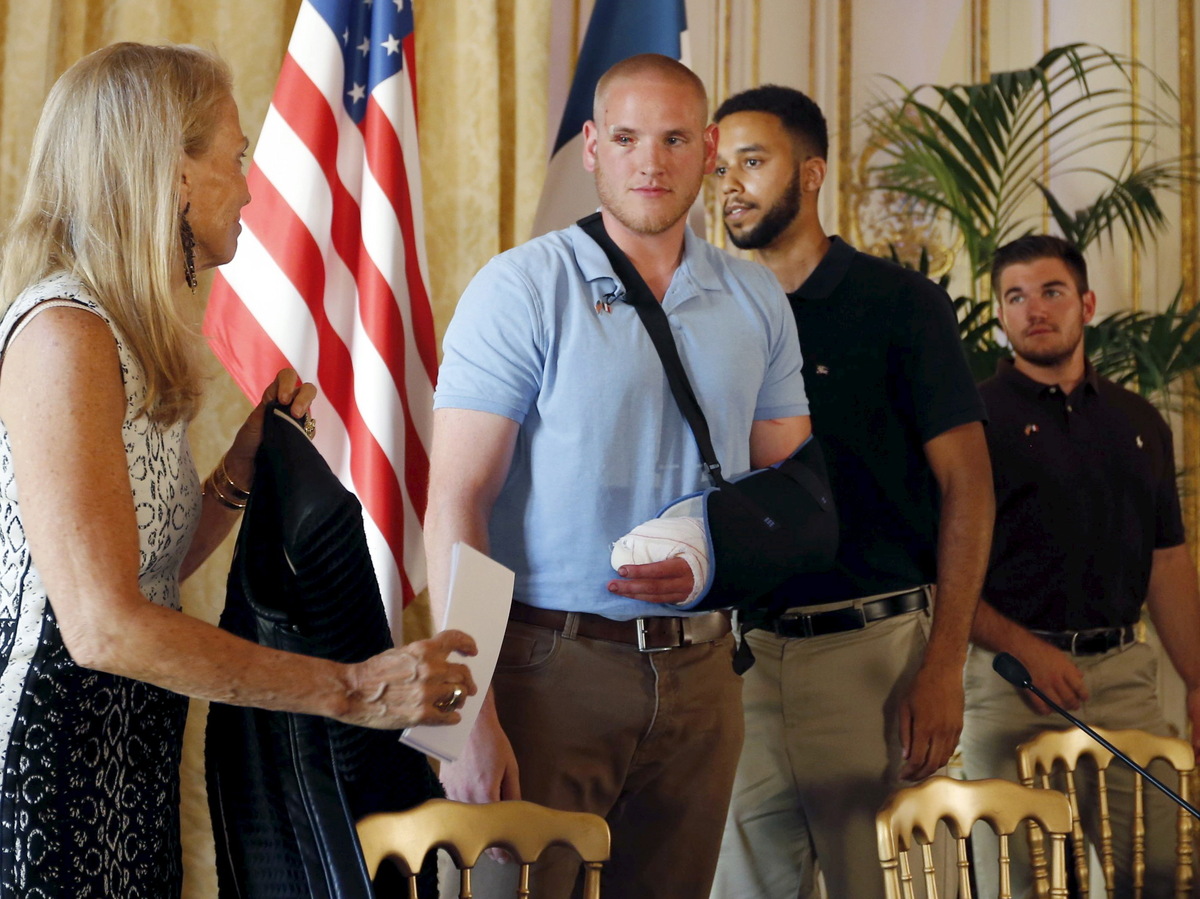 French President Francois Hollande on Monday pinned the three Americans and a British man with the Legion of Honor medal. According to The Associated Press: Hollande said the men showed "that faced with terror, we have the power to resist. You also gave a lesson in courage, in will, and thus in hope."

Three Americans who helped subdue an armed gunman on a high-speed train en route from the Netherlands to France, have recounted a bit of their experiences during a news conference held at the U.S. embassy in Paris.

Spencer Stone, speaking publicly for the first time since Friday's incident, said he was slashed with a box cutter several times by the assailant — identified as Ayoub El-Khazzani, a 26-year-old Moroccan with ties to Islamist radicals.

Stone told reporters that he'd just woken up from a deep sleep when he saw the gunman carrying an AK-47 through the train car.

"It looked like it was jammed and wasn't working," the airman first class in the U.S. Air Force said.

Once he'd wrestled the suspect to the floor, it "seemed like he kept pulling out weapons right and left," as Stone kept grabbing each one. Finally, he said, the man got to a box cutter and began slashing him.

Stone, who appeared at the news conference with his arm in a sling and an injury to his right eye, had extensive surgery on his thumb, which was badly cut. He thanked the French doctors and nurses for their care and attention.

Stone said he acted "to survive and for my friends and everyone else on the train to make it."

The assailant "seemed like he was ready to fight to the end," he said. "So were we."

Stone, along with friends and traveling companions U.S. Army National Guardsman Alek Skarlatos and Anthony Sadler, a student at Sacramento State University, were joined by a British man living in France, Chris Norman, in taking down the assailant.

The three Americans, along with a frenchman who first confronted the gunman outside a toilet on the train, are to meet French President Francois Hollande on Monday.

After he was wounded, Stone is also credited with assisting a French-American passenger who was wounded by a bullet.

"Other than my finger, I didn't feel any other injuries. I didn't realize how bad they were," Stone said.

U.S. Ambassador Jane Hartley, who introduced the three, said: "They are truly heroes. When most of us would run away, Spencer, Alek and Anthony ran into the line of fire, saying 'Let's go.' Those words changed the fate of many."

Asked whether his military training affected his reaction to the situation, Skarlatos said: "In the beginning it was mostly gut instinct, survival ... our training kicked in after the struggle."

He said that the gunman "clearly had no firearms training whatsoever."

"If he'd known what he was doing ... we wouldn't be here today, along with a lot of other people," Skarlatos said.

Asked if he had advice for anyone who might find themselves in a similar situation, Sadler responded: "To do something. Hiding or sitting back is not going to accomplish anything. And the gunman would have been successful if my friend Spencer hadn't gotten up."