Accessibility links
A Nasty Place On Wall Street: What Kind Of A Dive Is This? : The Two-Way Stock prices plunged Monday, prompting Wall Street analysts to talk about a "correction" in stock prices. But many savers worry that this might be the start of a long "bear" market.

A Nasty Place On Wall Street: What Kind Of A Dive Is This?

A Nasty Place On Wall Street: What Kind Of A Dive Is This? 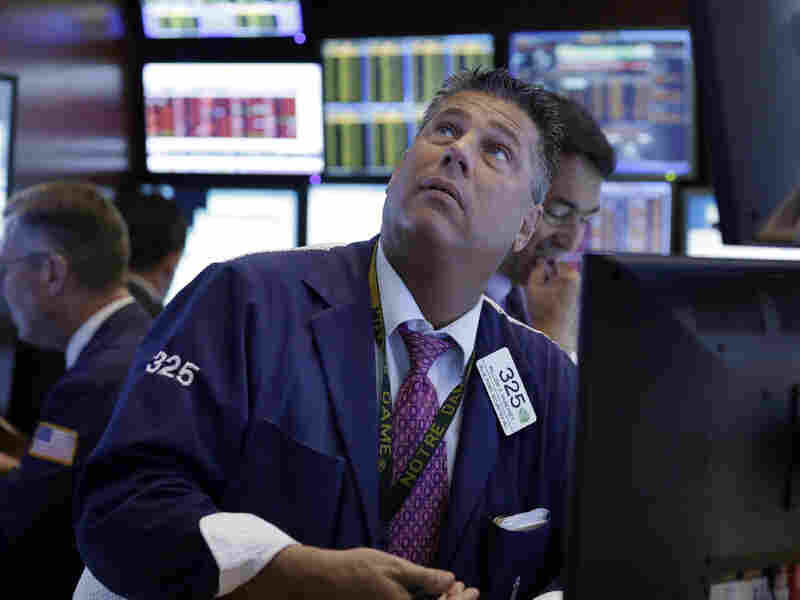 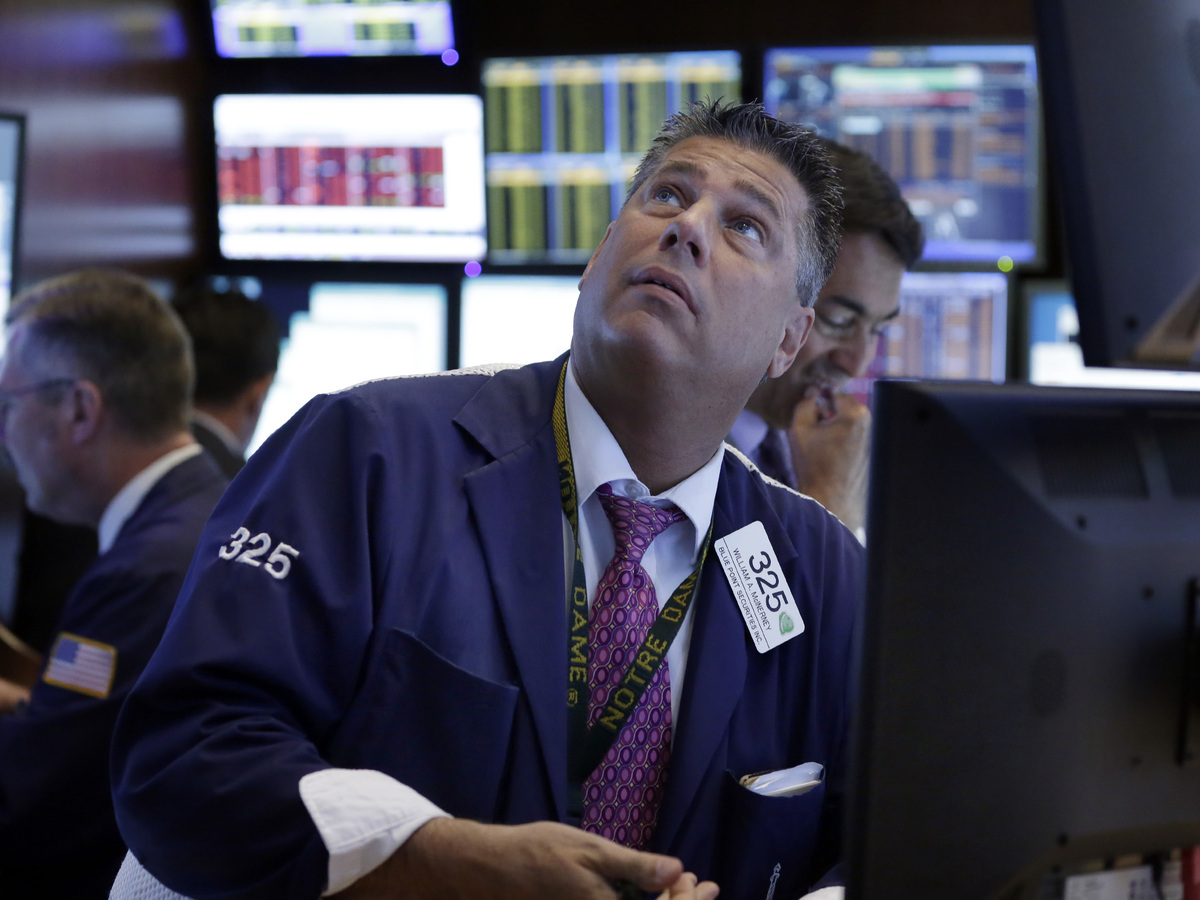 Stocks opened Monday with a swan dive: The Dow Jones industrial average plunged about 1,000 points, or 5 percent, in just minutes.

By midday, enough brave buyers had waded back in to push up prices — up to where losses were only around 1 percent or so.

But that didn't last. Around 3 p.m., the Dow dropped again, sliding nearly 700 points.

The closing bell rang. Brows were wiped, and commentators scrambled to explain why investors had seen both panic selling and panic buying.

Given the earlier free falls, that seemed somehow not so terrible.

But really, the day was bad. The closely watched S&P 500 measure is now down 11 percent since its May peak, well into "correction" territory.

When stocks are down at least 10 percent, Wall Street analysts use that bland term, "correction," to characterize what has happened.

Workers who have just seen their retirement savings shrink may use less polite language.

During the financial crisis of 2008-09, many families lost a great deal of their savings. So the bull market of the past several years was merely restoring what had been lost. Having that restoration now "corrected" is painful.

Monday's misery began in China. The main Shanghai stock index fell 8.5 percent. Then the selloff rolled over to Europe, where most stock indexes closed down about 5 percent.

By the time trading began in New York, everyone was expecting a drop. They got a doozy.

Why is this happening? Most analysts are pointing to China. For years, China had been growing rapidly, driving up demand for raw materials like steel, aluminum, corn, copper, oil and so much more. That demand buoyed the global economy.

It's clear "that the past decade has been China's 'Roaring 20s' — and that the chickens are now coming home to roost," said Robert Hockett, a Cornell professor.

And here's what made that worse: The low interest rates of recent years had allowed many companies around the world to expand, so more grains were planted, more iron ore was mined, more steel was poured.

Now the world has too much supply and too little demand. That imbalance has sent commodity prices plunging, collectively down by about a third from last year. In turn, investors are dumping stocks in commodity-producing companies.

So investors have to decide: Is this selling wave a short-term correction? Or is this the start of a long-lingering bear market?

For workers who someday would like to retire and go fishing, the answer really matters.