Accessibility links
Trump Angers Ailes With New Tweets Attacking Megyn Kelly : The Two-Way "I liked The Kelly File much better without" Megyn Kelly on it, Trump said in one tweet. "Perhaps she could take another eleven day unscheduled vacation!" 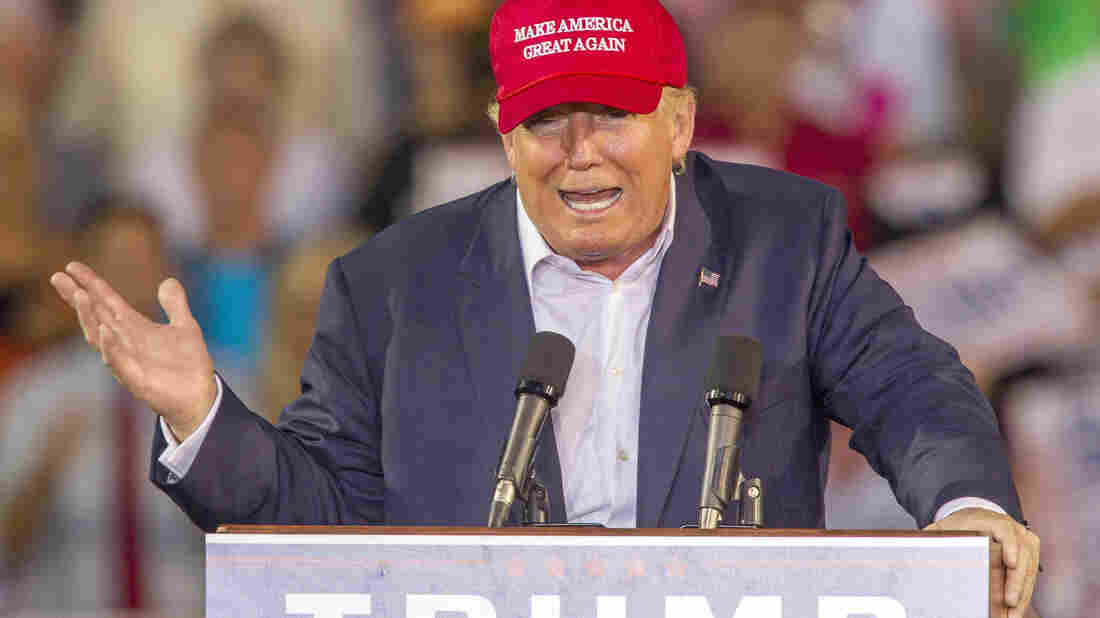 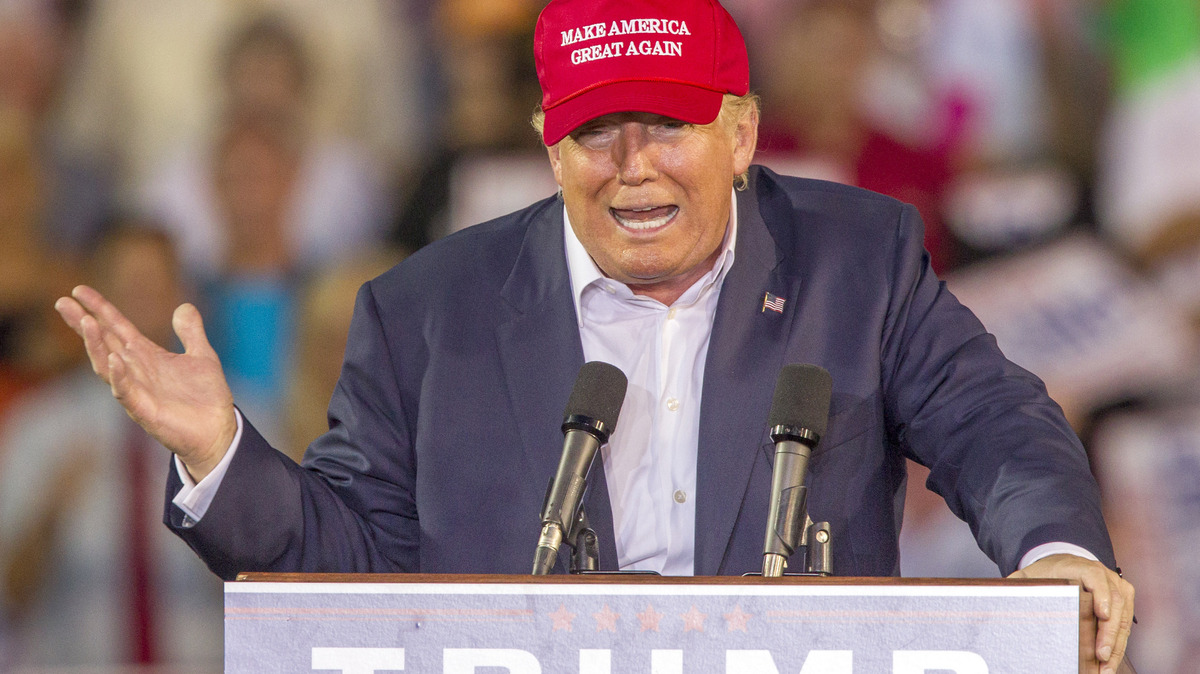 Donald Trump and Fox News are at odds again, after the Republican presidential candidate criticized host Megyn Kelly. "Donald Trump rarely apologizes, although in this case, he should," Fox chief Roger Ailes said.

The shaky peace between Donald Trump and Fox News is in tatters, after the Republican presidential candidate blasted Fox's Megyn Kelly during her show Monday night. On Tuesday, Fox News Chairman Roger Ailes said Trump should apologize for remarks he called "crude" and "unacceptable."

"I liked The Kelly File much better without @megynkelly," Trump said in one tweet. "Perhaps she could take another eleven day unscheduled vacation!"

That was among the first in a flurry of tweets and retweets by Trump about Kelly, who went on vacation shortly after Trump criticized the Fox News host's performance during the GOP primary debate — in which Kelly asked Trump about his past comments about women.

After the debate, Trump issued a wide criticism of Kelly, saying (among other things) that she was a "lightweight" who is "highly overrated." His words prompted a feud with Fox News and led to Trump being disinvited from a conservative forum, the RedState Gathering.

That clash had seemed to have been calmed before what Ailes called a "surprise and unprovoked attack" on Kelly that the Fox executive said was "as unacceptable as it is disturbing."

Trump mentioned Kelly's recent break last night, saying she was "really off her game," was "afraid to confront Dr. Cornel West" and had "no clue" about immigration issues.

That tweet came less than 15 minutes after Kelly tweeted about Trump's views on immigration; she also quoted Trump's GOP rival, Jeb Bush, who called the ideas "unrealistic" and not conservative enough.

After Trump's response, he also retweeted others' criticisms of Kelly; one called her a "bimbo," while another compared Kelly to Nancy Grace.

"Donald Trump's surprise and unprovoked attack on Megyn Kelly during her show last night is as unacceptable as it is disturbing. Megyn Kelly represents the very best of American journalism and all of us at Fox News Channel reject the crude and irresponsible attempts to suggest otherwise. I could not be more proud of Megyn for her professionalism and class in the face of all of Mr. Trump's verbal assaults. Her questioning of Mr. Trump at the debate was tough but fair, and I fully support her as she continues to ask the probing and challenging questions that all presidential candidates may find difficult to answer. Donald Trump rarely apologizes, although in this case, he should. We have never been deterred by politicians or anyone else attacking us for doing our job, much less allowed ourselves to be bullied by anyone and we're certainly not going to start now. All of our journalists will continue to report in the fair and balanced way that has made FOX News Channel the number one news network in the industry."

In response to Ailes' note, Trump issued his own statement, which read in part:

"I totally disagree with the FOX statement. I do not think Megyn Kely is a quality journalist. I think her questioning of me, despite all of the polls saying I won the debate, was very unfair. Hopefully in the future I will be proven wrong and she will be able to elevate her standards to a level of professionalism that a network such as FOX deserves."

The new attack came after Ailes and Trump had "seemingly made up for a bit," as NPR's David Folkenflik reported last week. But even then, David added that the relationship between Trump and Fox News had created "an unusual and difficult situation for Ailes."

About Trump's blasting of Kelly Monday night, David says, "Ailes is not used to the game being played this way — he designated Kelly as the future of the franchise."

Ailes is not used to the game being played this way - he designated Kelly as the future of the franchise. https://t.co/4iWR7cfl0p