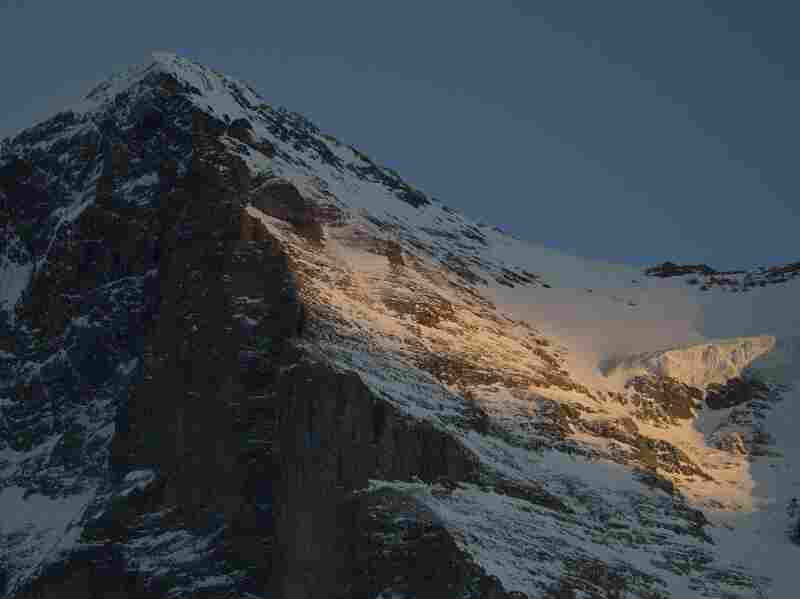 Mount Eiger in the Swiss Alps stands at 13,025 feet and is considered one of the most difficult Alpine climbs in Europe. Oliver Morin/AFP/Getty Images hide caption 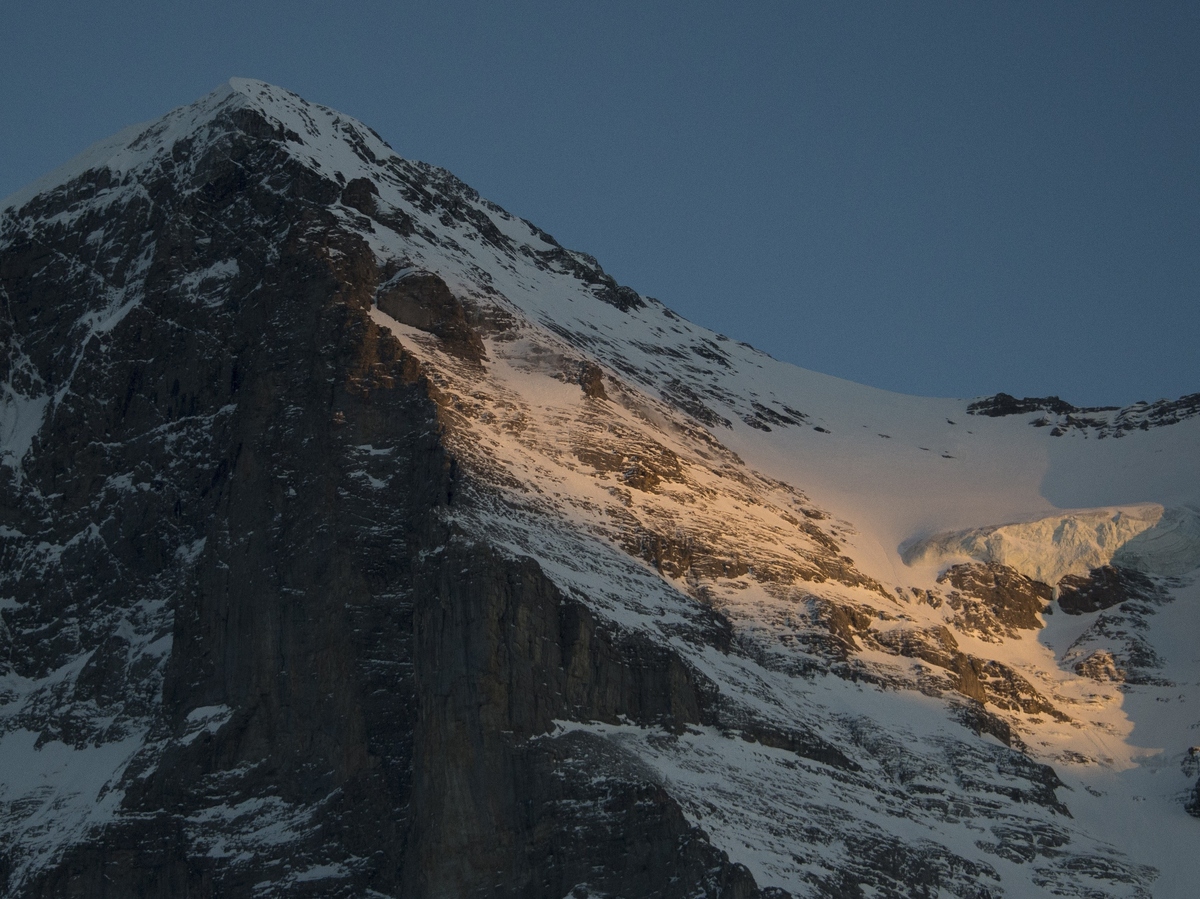 Mount Eiger in the Swiss Alps stands at 13,025 feet and is considered one of the most difficult Alpine climbs in Europe.

Twenty-two-year-old professional rock climber Sasha DiGiulian is attempting to become the first woman to scale the Paciencia route on the north face of Mount Eiger. The peak in the Swiss Alps is known as the "Wall Of Death."

DiGiulian and her climbing partner, Carlo Traversi, have spent weeks at the base of the mountain preparing for the climb. Inclement weather forced the pair to abandon several attempts to scale the route, which was first free-climbed in 2008 by Swiss Alpine climbers Ueli Steck and Stephan Siegrist. But now, with a window of clear weather ahead of them, DiGiulian and Traversi took to the mountain again on Tuesday.

As if climbing one of the most notorious Alpine walls isn't enough, DiGiulian is also providing live updates from the dizzying ascent on Facebook, Twitter and Instagram.

Been doin some work 󾮡🏻

Adidas, one of DiGiulian's sponsors, is also creating a YouTube series of two-minute videos on the project called "Eiger Dreams" that follows DiGiulian in her quest to make history.

The 5-foot-2-inch DiGiulian is already a star — according to her website, she has won the climbing World Championships, is a repeat Pan-American Champion, and is a three-time U.S. National Champion.

DiGiulian's website also says she was the first North American woman to accomplish a grade 9a, 5.14d, one of the most advanced climbing levels, and she also achieved multiple "first ascents" and "first female ascents" around the world.

The Eiger, however, due to dangerous weather conditions and a grisly history of claiming climbers' lives, is a different beast. The significance of the climb isn't lost on DiGiulian, who is also a student at Columbia University. In an interview with Vice Sports, she talked about how important being the first woman to attempt the ascent is for her personally and for the sport in general.

"There's a lot of machismo ingrained in this sport," she said. "I feel like maybe it's inevitable that characters in this realm have large boots of confidence, and I respect this. There is no way to expand your comfort zones if you don't put yourself out there. I could full-on fail on summiting the mountain. But more of a failure would be not to try. I'm optimistic that we'll have our chance."