Accessibility links
For Most Of Us, The 'Real' Economy Matters More Than Markets : The Two-Way Stock prices may be having a meltdown, but consumers and homebuyers are still pushing the economy forward. In fact, a new round of data suggests the economy is gaining strength even as markets fall.

For Most Of Us, The 'Real' Economy Matters More Than Markets

For Most Of Us, The 'Real' Economy Matters More Than Markets 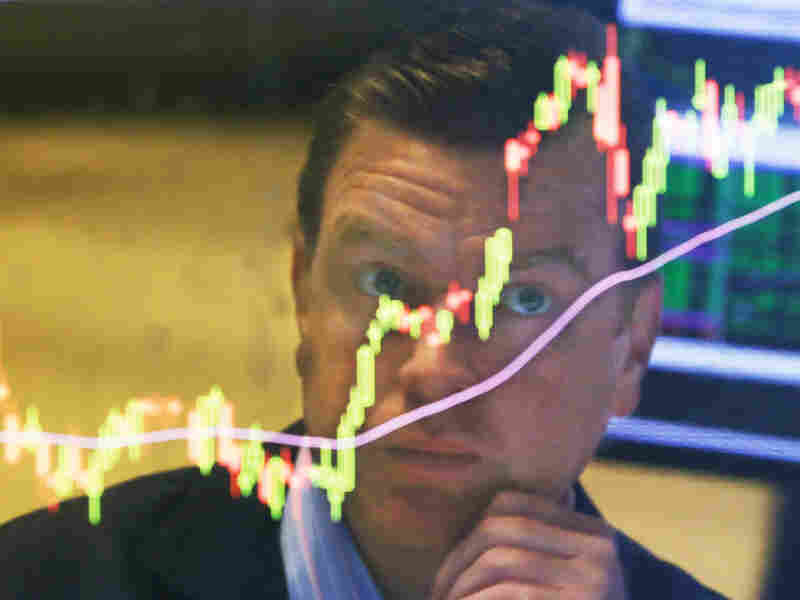 Specialist Michael O'Mara on the floor of the New York Stock Exchange on Tuesday. Stocks closed down 200 points after starting the day with a rally. But there's more going on in the economy than the drama on Wall Street. Richard Drew/AP hide caption 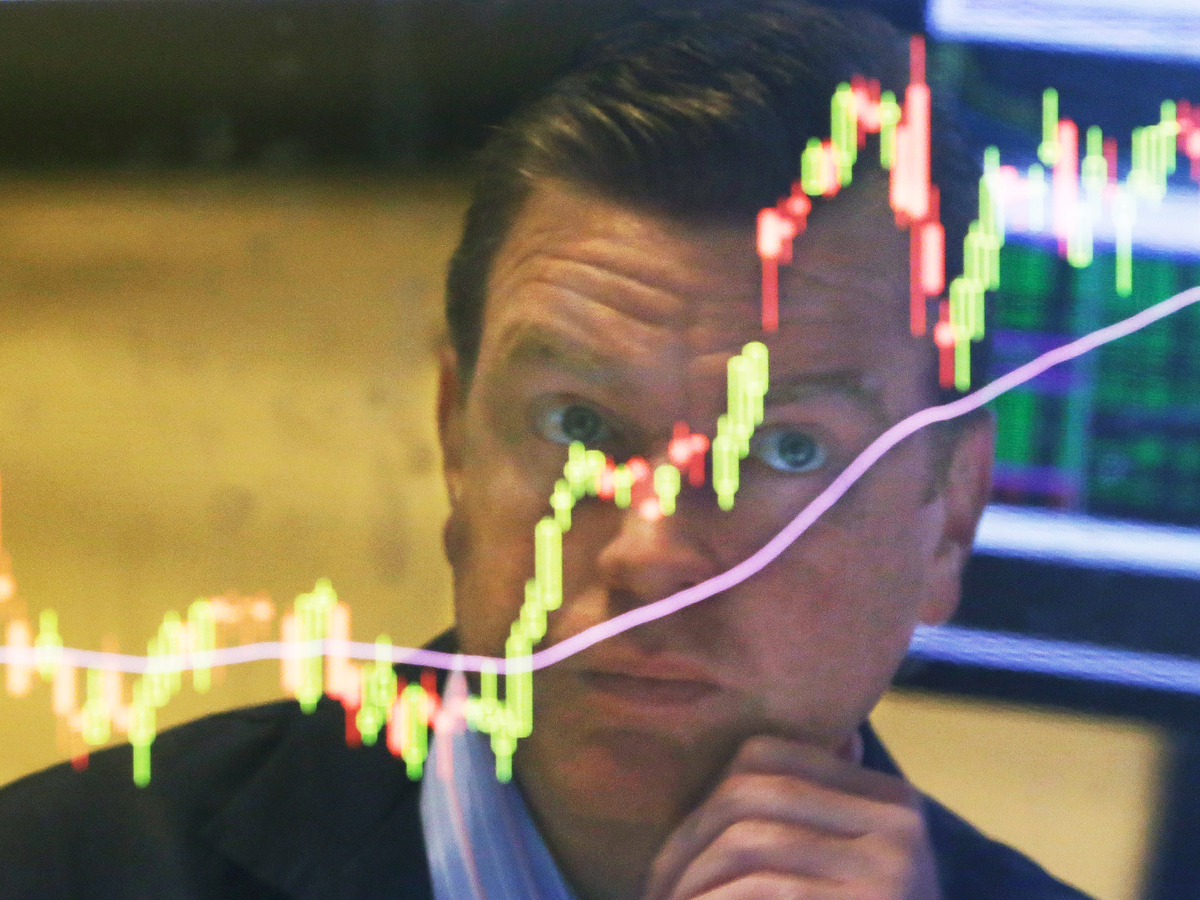 Specialist Michael O'Mara on the floor of the New York Stock Exchange on Tuesday. Stocks closed down 200 points after starting the day with a rally. But there's more going on in the economy than the drama on Wall Street.

This huge summer sell-off must mean the U.S. economy is sinking, right?

Well, so far at least, that's not right. In fact, the economy has been improving, and Tuesday brought yet more evidence of that. Here are some highlights:

Home prices. On Tuesday, the latest Case-Shiller index of home prices in 20 cities gained 5 percent in June, bringing prices roughly back to where they were a decade ago, before the price bubble burst.

Consumer optimism. The Conference Board, a private research group, said its Consumer Confidence Index rose to 101.5 in August, up from 91 in July. The big bump up brought confidence to the second-highest level since the recession began in late 2007.

Shrinking deficit. The Congressional Budget Office said the U.S. government will run a deficit of $426 billion, or 2.4 percent of GDP, the lowest percentage since 2007. The deficit is down from $485 billion, or 2.8 percent of GDP, last year because revenues have been stronger than expected. CBO also said it now expects the economy to grow by 3.1 percent next year, better than a previous estimate of 2.9 percent.

In other words, if you can ignore the shrieks of stock traders, you'll hear a lot of upbeat news about the homebuyers and consumers.

So why the disconnect between Wall Street and Main Street?

For one thing, news that can be bad for stocks can be good for consumers. Consider this example:

In the past year, oil prices have tumbled. So the Exxon Mobil stock that was selling at $100 per share last year is now trading around $70. If you are a stockholder, then you're miserable.

But if you are a driver with a long commute, Exxon's suffering is your salvation. According to Gasbuddy.com, the average gallon of gasoline is now $2.57 — down 86 cents from last year.

Yes, buried somewhere deep inside your 401(k) retirement savings, you may have a few shares of Exxon. But you don't need to worry about that for decades. For now, the kids have new backpacks and jackets — and that feels great and boosts your confidence.

That kind of disconnect between corporations and consumers explains a lot about what's been happening this summer. Big investors on Wall Street are responding to global events, such as currency fluctuations and Chinese stock prices. But most Americans on Main Street are responding to a job market that is cranking out new paychecks and fuel prices that finally are going easy on family budgets.

But will the stock-price drops soon filter out to hurt the "real" economy? So far at least, most economists are not seeing that. "The risk of a recession in the next 12 months is very low," says John Canally, chief economic strategist for LPL Financial. In fact, the U.S. fundamentals are so strong that "the current economic expansion may last at least another four years."