Accessibility links
Lebanon's Cabinet Rejects Bid That Might Have Eased Garbage Crisis : The Two-Way Protesters from a group that's translated as either "You Stink" or "You Reek" criticized the bid for being too expensive and the government for being too corrupt.

Lebanon's Cabinet Rejects Bid That Might Have Eased Garbage Crisis

Lebanon's Cabinet Rejects Bid That Might Have Eased Garbage Crisis 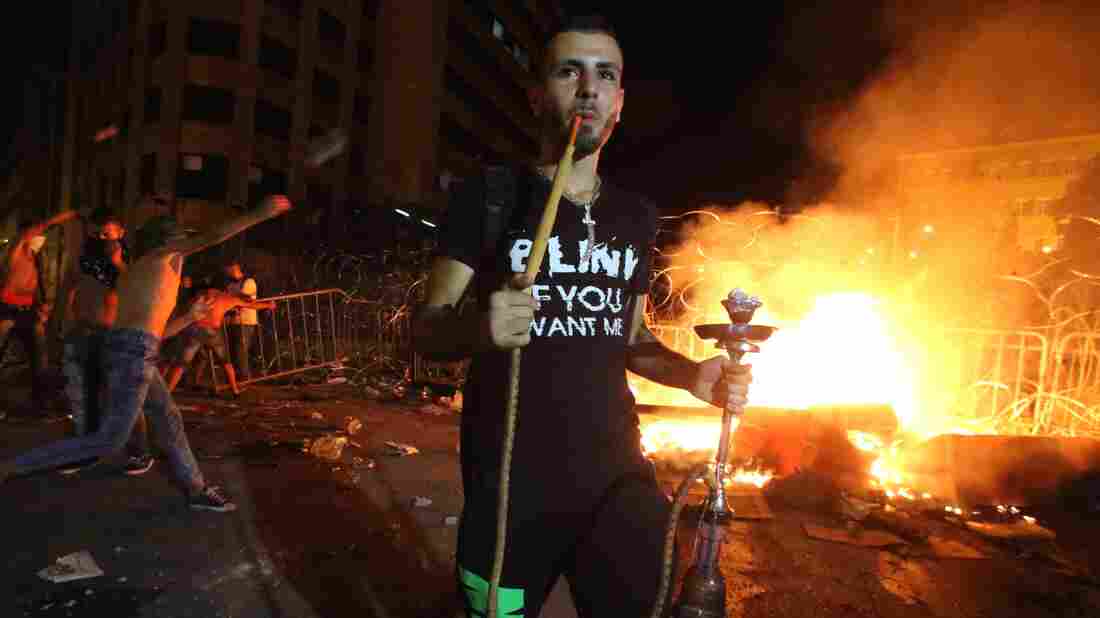 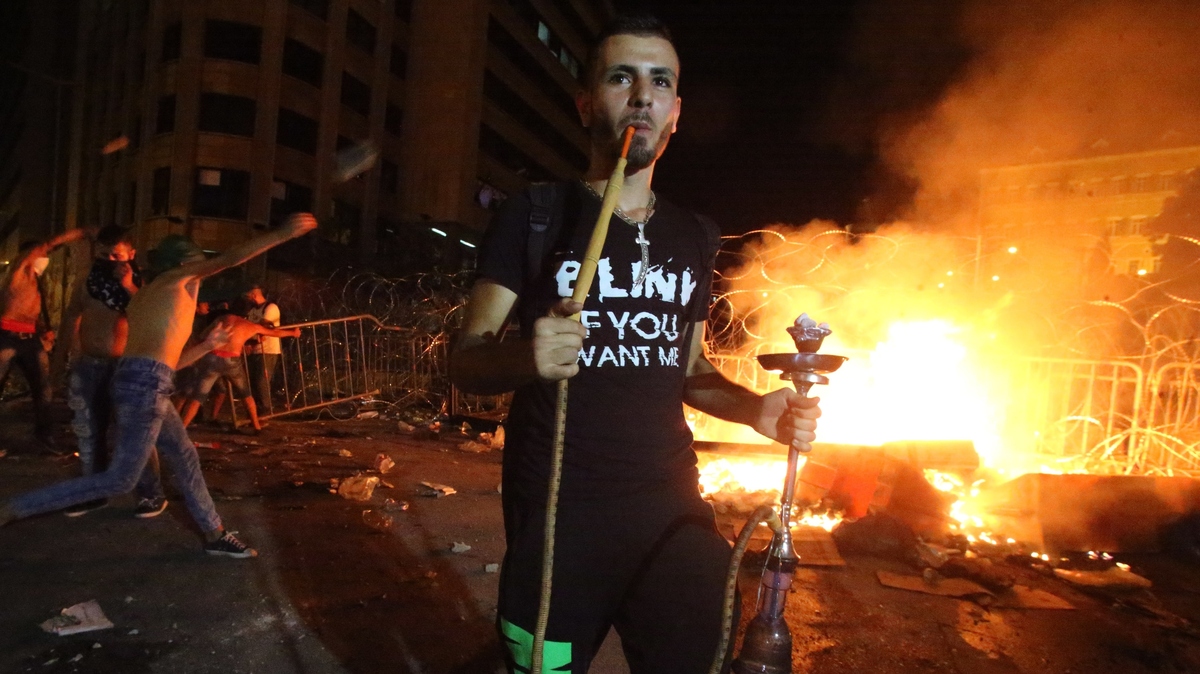 A Lebanese protester smokes a water pipe during clashes with security forces following a demonstration against the ongoing trash crisis Tuesday.

Anti-government protesters, many of whom are organized into a group whose name is translated as either "You Stink" or "You Reek," have criticized the bid for being too expensive — and the government for being too corrupt.

The dispute over trash collection, which has been stinkily simmering since last month, is also touching other divisions in Lebanon, particularly those between the Cabinet and Parliament and between the country's two main political blocs. Several ministers walked out of an emergency meeting Tuesday.

From Beirut, NPR's Alison Meuse reports for our Newscast desk:

"Lebanon's Cabinet is promising $100 million worth of investments for the northern impoverished region of Akkar, as an incentive to host Lebanon's new dump.

"For more than a month, the country has suffered a garbage collection crisis. The main landfill has been well beyond capacity for years. But the government never found solutions. And at protests, demonstrators are shouting for revolution.

"Lebanon's problems are compounded by the war next door in Syria and 2 million refugees. But protesters say they blame their own politicians for years of deteriorating services."

Clashes over the conditions have pitted large groups of angry residents against police wielding water cannons, tear gas and truncheons. Dozens of people have been reported injured. In one raucous scene Saturday, a TV news reporter was caught in the violence as police and demonstrators clashed all around her.

Garbage issues sparked a similar, smaller crisis in Lebanon back in early 2014, when a protest camp blocked trucks from entering an overwhelmed landfill that had handled Beirut's trash. That dump closed last month.

Describing the situation in Lebanon, al Arabiya reports, "The cabinet and parliament are deadlocked, politicians have been unable to agree on a new president for more than a year."

"Behind the deadlock is the power struggle between the two political blocs who are divided over Syria — the Iranian-backed Hezbollah and its allies including Christian politician Michel Aoun, and the Saudi-backed mainly Sunni pro-Western Future Movement led by politician Saad al-Hariri and his allies."