Accessibility links
Univision's Jorge Ramos: Journalists Must 'Denounce' Trump's 'Dangerous Words' : The Two-Way The anchor of Univision's nightly news was thrown out of a press conference by GOP presidential candidate Donald Trump. Ramos said he was just doing his job — asking questions of the powerful. 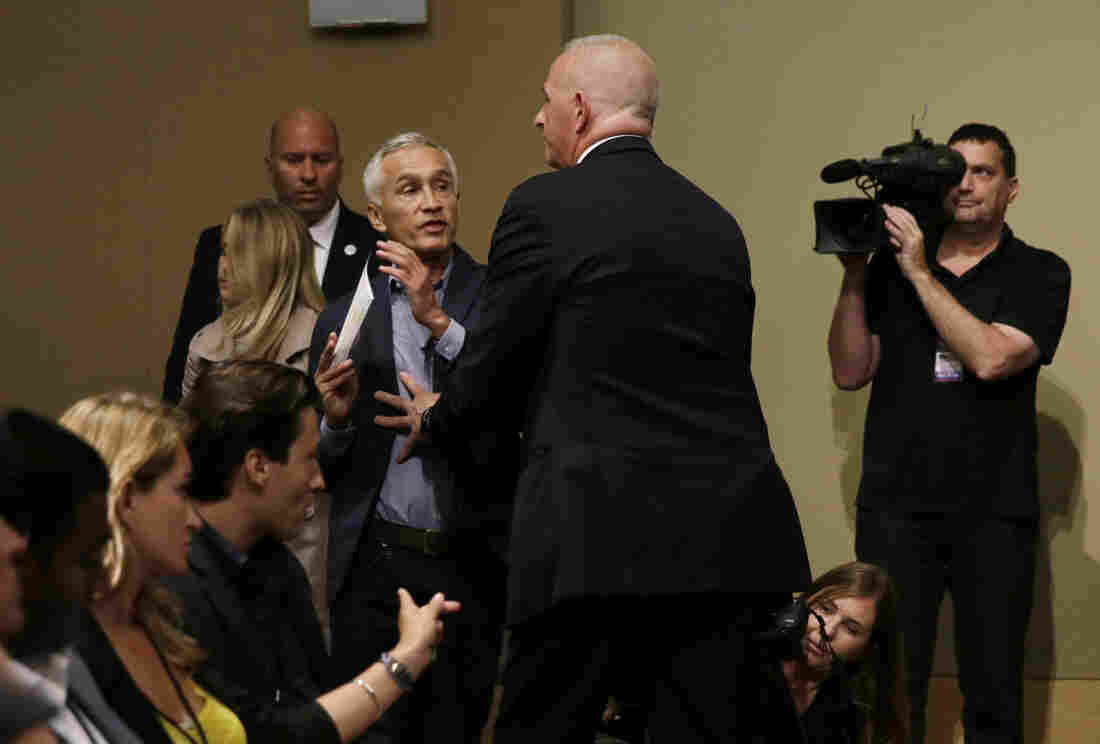 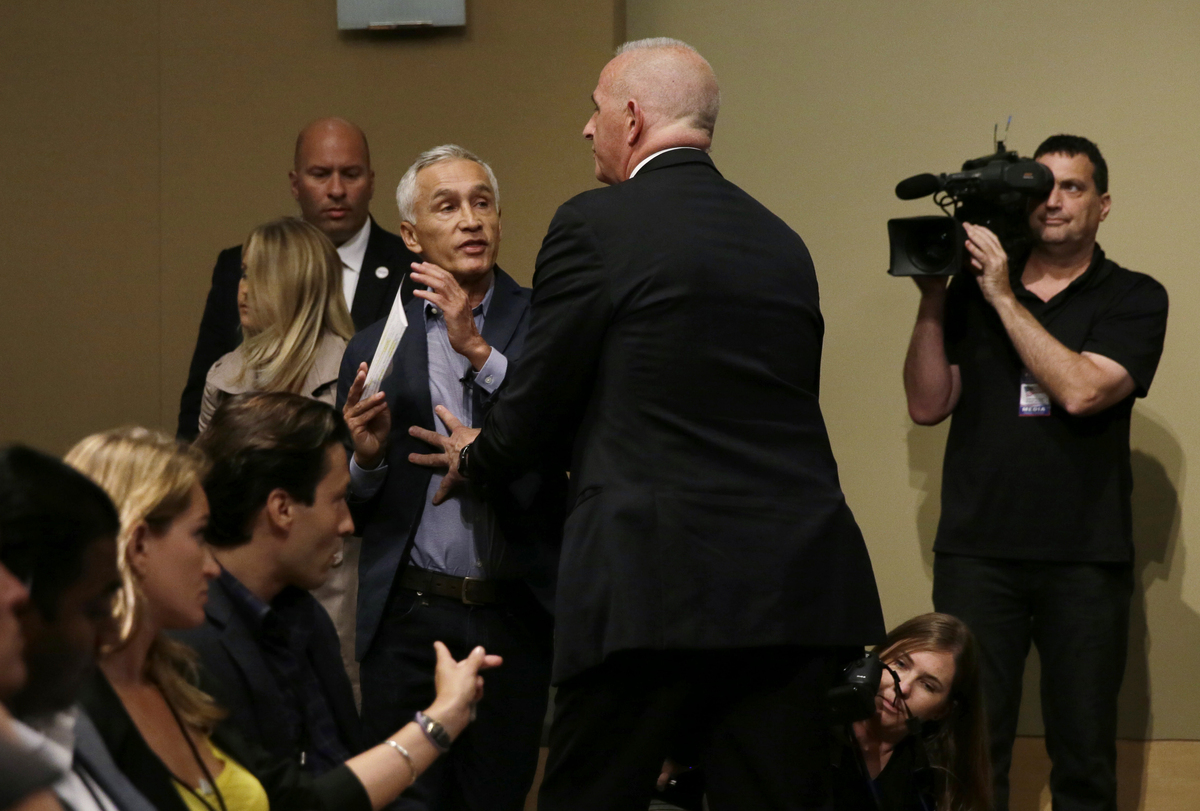 Jorge Ramos, one of the most influential journalists in the United States, says he had never been thrown out of a press conference before last night, when GOP presidential candidate Donald Trump ejected him.

"This is the first time," the news anchor told his network. "It's never happened anywhere in the world. I've never been forcibly removed from a press conference or an interview."

If you went to bed early last night, you may have missed the clash. Ramos, who has been publicly seeking an interview with Trump to no avail, showed up at a press conference in Dubuque, Iowa.

After a couple of journalists had asked questions, Ramos stood up to ask his. Trump was having none of it. He told him that he needed to be called on first, and as Ramos tried to wedge in a question, Trump said, "Go back to Univision." He then motioned for a security guard to escort Ramos out of the room.

Ramos said that the use of force to "suppress freedom of expression" worried him. He also defended his aggressive approach at the press conference.

"My job as a journalist is to ask questions from the powerful, and that's what we tried to do," Ramos said, adding that he had on various previous occasions tried to set up an interview with the presidential candidate. (Trump posted a picture of a handwritten note from Ramos to his Instagram account. The note included Ramos' phone number.)

In an interview with ABC, Ramos said that another responsibility of being a journalist is to "denounce" the "dangerous words and extreme behavior of Donald Trump."

Ramos was asked what he would say to critics who say he is more of an advocate than a journalist.

"I think the best journalism happens when you take a stand, and when it comes to racism, discrimination, corruption, public life, dictatorship or human rights, as journalists, we are not only required but we are forced to take a stand, and clearly when Mr. Trump is talking about immigration in an extreme way, we have to confront him, and I think that's what I did yesterday," he said.

Last night, Univision posted video of what happened after Ramos was escorted into a hallway. A Trump supporter tells Ramos, "You were very rude. It's not about you. Get out of my country."

Ramos, for the record, is a U.S. citizen.

The Univision anchor was eventually let back into the press conference to ask a series of questions.

Here is that exchange: