Accessibility links
Number Of Refugees Found Dead In Austrian Truck Rises To 71 : The Two-Way Meanwhile, hundreds of other refugees were feared drowned off the coast of Libya. At least 100 bodies have been brought back to Libya. 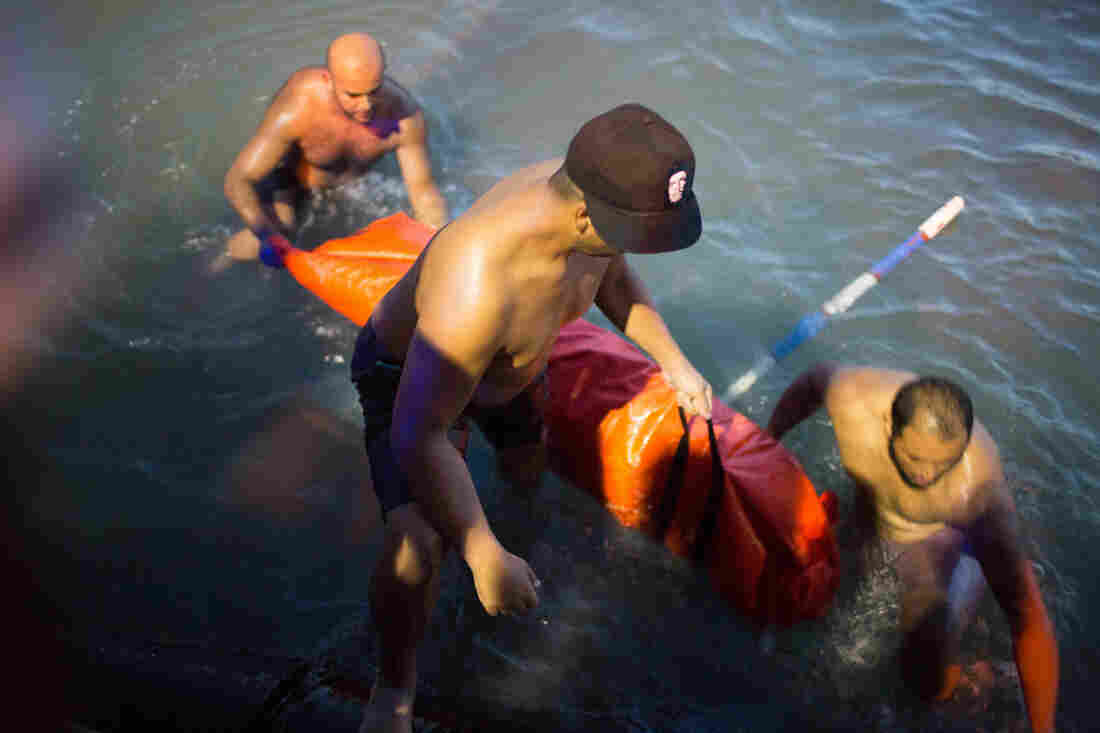 Rescuers remove the body of a migrant after their boat sank off the coast of in Zuwara, Libya, on Thursday. Mohamed Ben Khalifa/AP hide caption 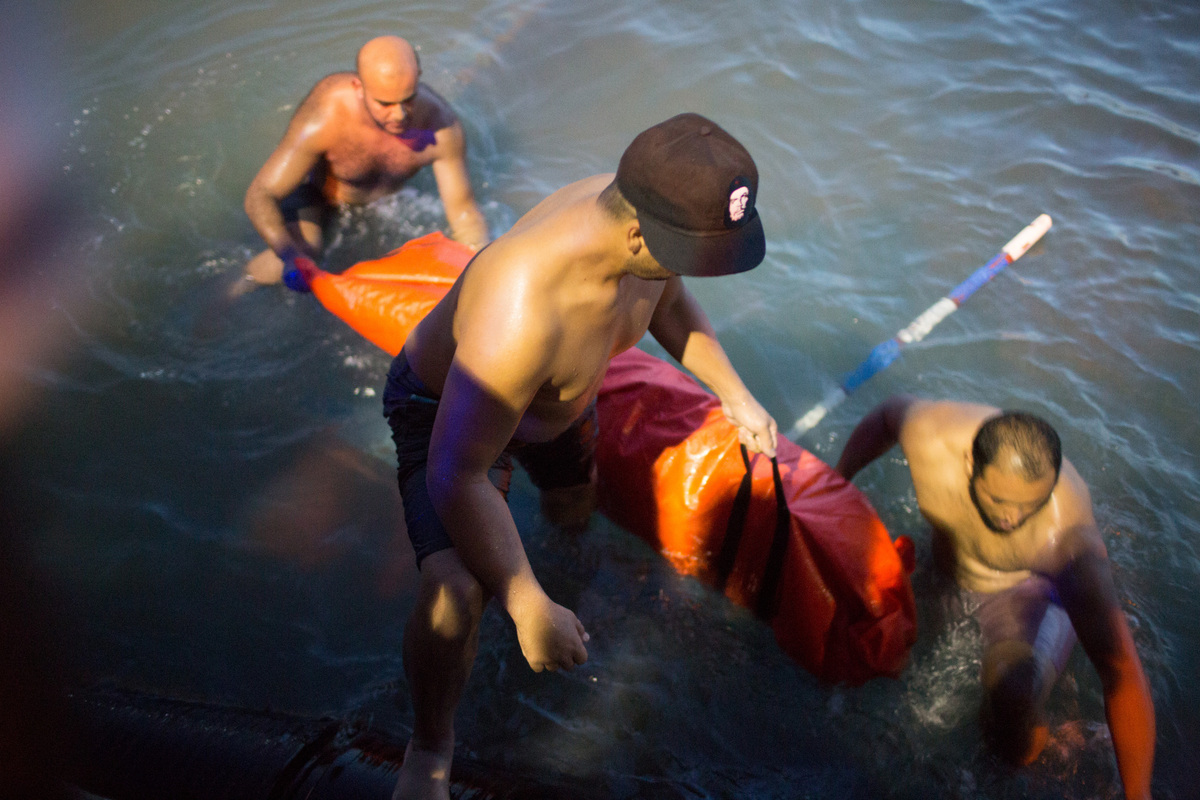 Rescuers remove the body of a migrant after their boat sank off the coast of in Zuwara, Libya, on Thursday.

We have two big, sad stories concerning the rush of migrants trying to make it to Europe from conflict-torn countries in the Middle East and Africa: First, Austrian authorities said the number of people found dead in a food delivery truck, some of whom are believed to be refugees from Syria, has risen to 71.

As we reported, the people are thought to have suffocated. The truck was abandoned along Austria's A4 autobahn.

"Hans Peter Doskozil, chief of police in Austria's eastern Burgenland province where the tragedy occurred, gave both the death toll and the cause of death Friday at a news conference in the city of Einsenstadt.

"He also said Hungarian police detained seven suspects in the case overnight and early Friday, then arrested three of them. He said two of the suspects are Bulgarians, while the third has Hungarian identity papers.

"He said a Syrian travel document was found among the bodies, which suggests that at least some of the 59 men, eight women and four children who died were fleeing the violence in that nation."

Reporting from Spain, Lauren Frayer tells our Newscast unit that two boats carrying hundreds of migrants capsized off the coast of Libya. Lauren filed this report:

"Hundreds of people are feared dead. The two boats were carrying up to 500 people in all. Both capsized off Libya's coast.

"Officials say about 200 people were rescued alive — and brought back to Libya. But many more may have been below deck, and unable to escape when their boats turned over. At least 100 bodies have been brought ashore to a Libyan hospital.

"The victims are Syrians, Bangladeshis, Pakistanis and sub-Saharan Africans. Hundreds of migrants have already died this week — in the hold of another boat, and in the back of a truck in Austria."