Wearing a green Dartmouth College jersey, the newest player on the school's football team readies for action during a preseason practice. The whistle blows, he makes his move and then is thrown to the ground by a teammate's crushing tackle. This happens again and again and again, but every time, the new player pops right back up, completely unhurt.

This player is an MVP — a "Mobile Virtual Player," that is.

Developed by students at Dartmouth's Thayer School of Engineering, the new robotic dummies were designed to allow players to practice tackling without injuring one another in the process.

But, Teevens said, "the true value is in the reduction of injuries."

Even before Dartmouth football began using the MVPs on Wednesday, the New Hampshire school was unique in its approach to tackling during practice — because it didn't. Starting five years ago, Teevens decided to completely do away with tackles in practice, citing athlete-on-athlete collisions as a main cause of concussive injuries. Instead, he opted for drills with bags, sleds and stationary dummies.

"To my knowledge, no one else does it at the Division I level," Teevens said about his no-tackling protocol, acknowledging that his players were initially skeptical. "It was not received well to be honest with you because [tackling] is sort of fundamental, but I was committed to it."

The first full season after implementing the new method, the team's number of missed tackles dropped by half, Teevens said. The team is No. 2 in Ivy League preseason rankings.

Though the numbers backed his philosophy, Teevens felt something was missing. "The one frustration was we couldn't simulate moving targets," he said.

Kastner, a former Dartmouth football player, and Connell, who played rugby there, are the primary developers of the MVP, which started as their senior capstone project in 2013.

Every Dartmouth engineering student must work on a capstone project. These projects are sponsored by big companies, entrepreneurs, and in this case, Dartmouth athletics. Teevens backed the endeavor, and after two years of development, two MVPs were publicly unveiled this week. Each one cost roughly $3,500 and a third MVP is in the works.

"This is going to allow football players to practice tackling safely," Kastner, a five-year defensive lineman said. "I was fortunate enough to never have a concussion, but players on my team missed weeks after sustaining a blow to the head. And those injuries can affect you for the rest of your life." 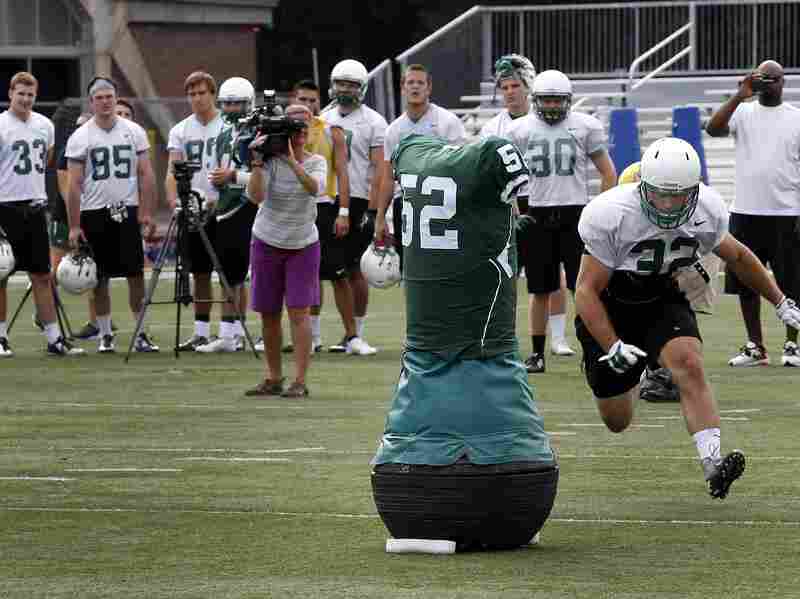 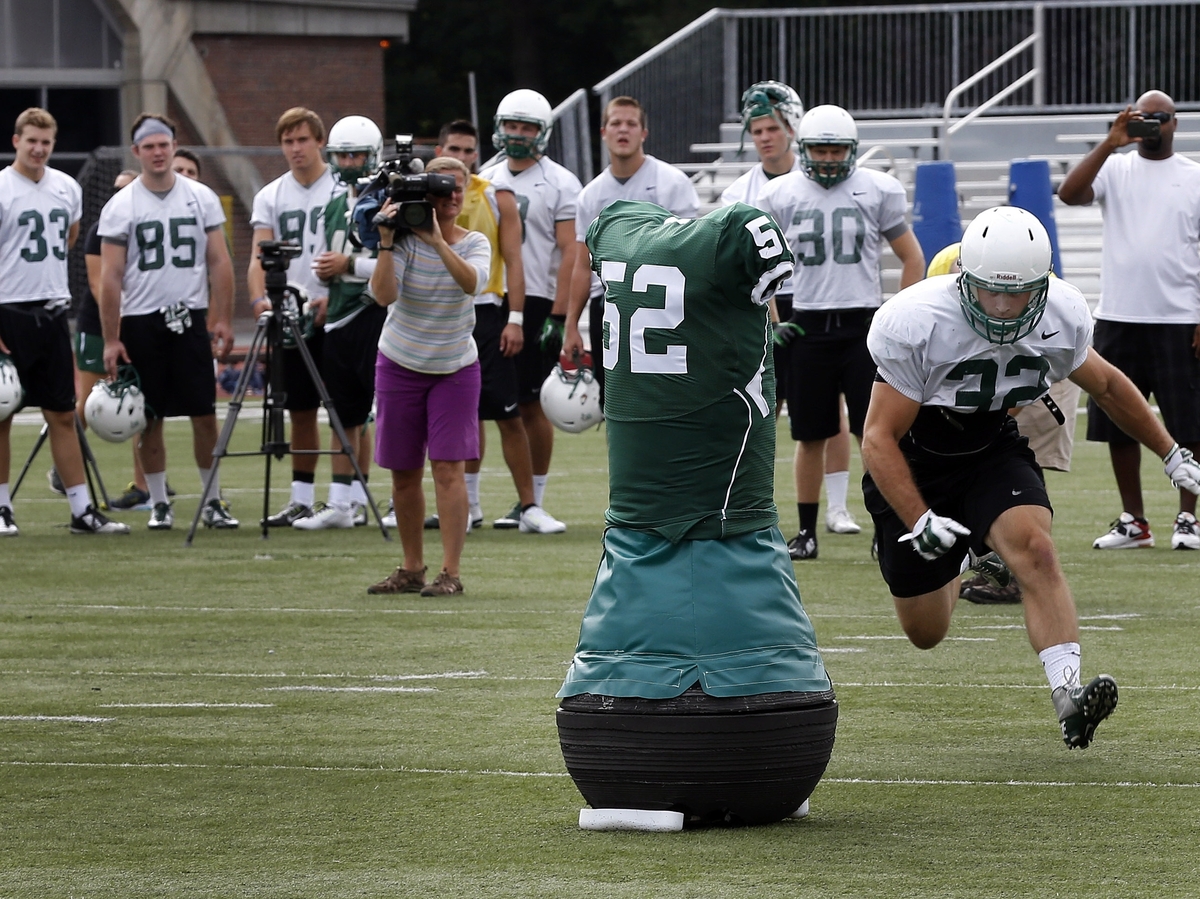 The dummy is "the only mobile tackling target that is self-powered," Kastner told NPR. It is controlled by a remote on the sideline, but he said they plan to program the robots to be able to run routes on their own.

"It's still in prototype development," he said.

It may still be a work in progress, but the MVP is already generating a lot of attention. The U.S. National Rugby Team shared a video of the robot in action that quickly racked up more than a million views, and Teevens said three NFL teams have called to inquire about it, though he declined to say which ones.

The level of interest is no surprise.

"You can have them assume a position on either side of the ball at any position. It doesn't throw the football, but as a defensive lineman you could practice tackling a scrambling quarterback — nobody tackles a quarterback," Teevens said.

While the MVP can't throw the ball, he said, it can replicate any other play.

"It can be used a running back, it can be a target for a QB — attach a net to it or a pouch and it can be a wide receiver. It can be a blocking obstacle or device for downfield blocking for a lineman," the coach said. "There's nothing that it can't do — that was one of the thoughts."