Accessibility links
The Sounds Of A Murder: News Or Not? : The Two-Way Here's how NPR thought through whether the gunshots that killed two TV journalists should be replayed on the radio and online. 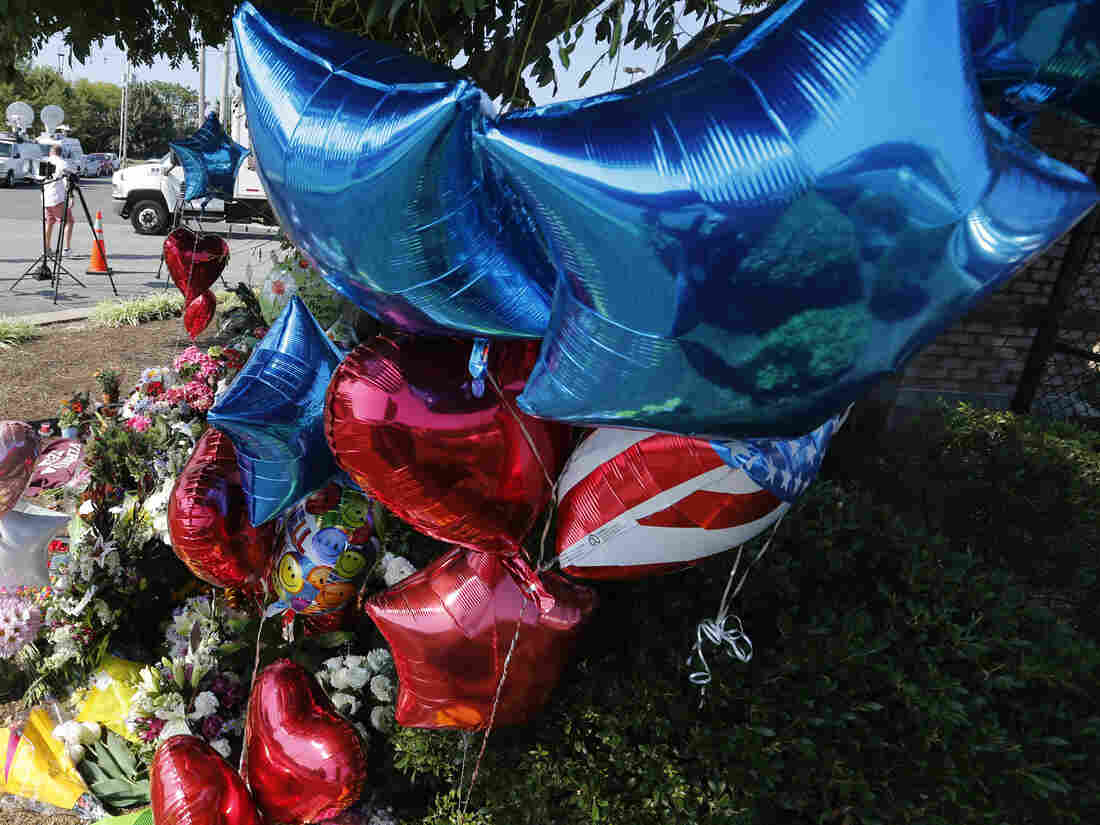 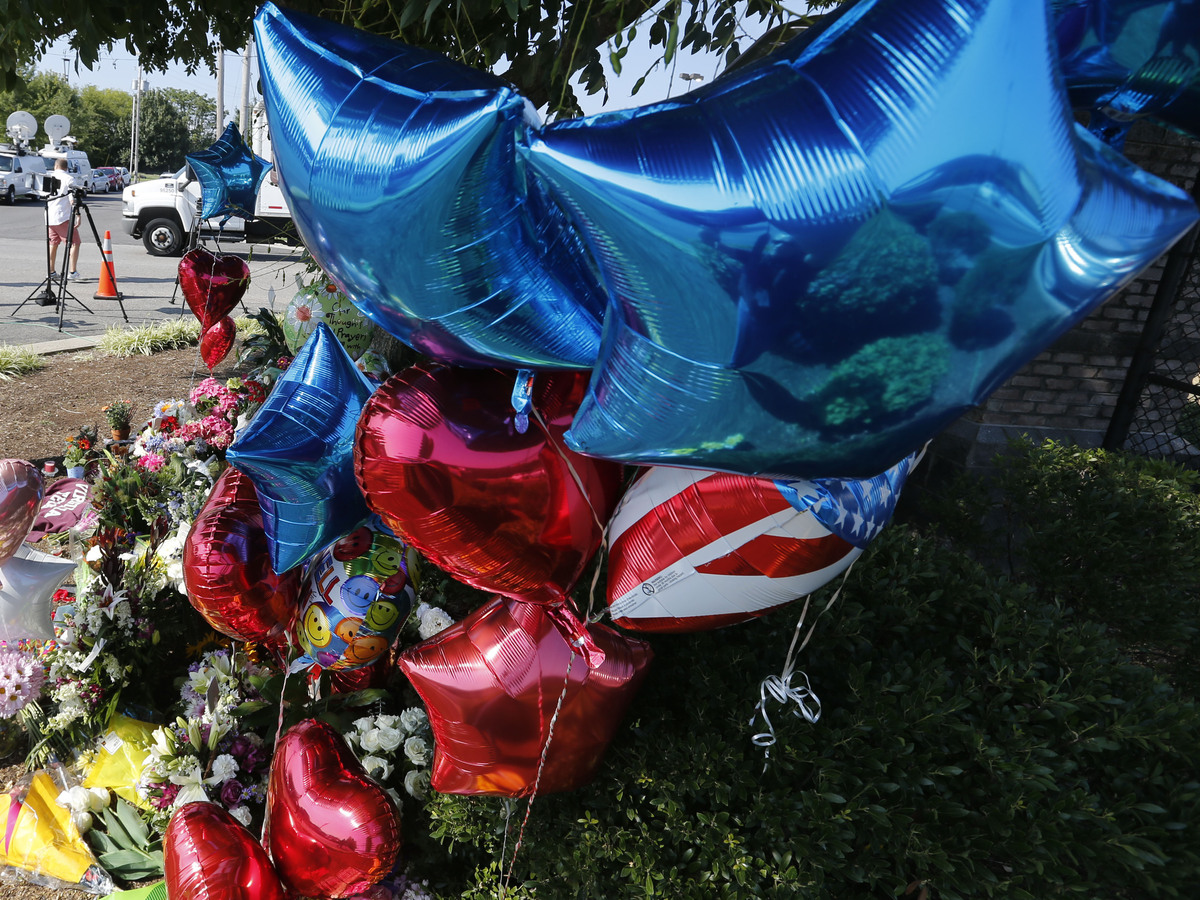 On Thursday, balloons and flowers were in front of the Roanoke, Va., studios of WDBJ-TV. A day before, WDBJ reporter Alison Parker and WDBJ photojournalist Adam Ward were killed during a live broadcast.

How much, if any, of the shocking sights and sounds should newsrooms report when two people are murdered on live television and the video whips around the world on the Web?

Alison Parker and Adam Ward, two local TV journalists, were gunned down while on the air Wednesday. They were near Roanoke, Va., interviewing local Chamber of Commerce official Vicki Gardner about tourism. Gardner was seriously injured.

Parker, 24, was a reporter. Ward, 27, was a photojournalist. They worked for WDBJ-TV in Roanoke.

Newsrooms, including NPR's, have guidelines for how to handle disturbing content. NPR's start from this position: "We report the news, good and bad."

But, the guidance continues, "we can't be callous" and:

"We also respect our audience. They want the facts. But for many, reading or hearing descriptions will be more than enough. Seeing or hearing disturbing events could leave them too shaken to follow the rest of a story."

Videos of the murders — one from the camera Ward was using and another taken by the killer that he posted on social media — were not put on NPR.org. Editors decided they were too graphic. One image from the killer's camera was posted. It showed the gun in his hand, pointed at Parker, before shots were fired. Editors felt it established how close the gunman got to his victims.

How, then, did NPR decide to broadcast — once — the sounds of the shots that killed Parker and Ward, with screams that could be heard in the background?

The decision came down to this: That six seconds of sound, disturbing as it was, was important. It would help listeners understand the quick, violent nature of the attack.

The discussion then turned to how the sounds would be handled.

It is NPR's position that "listeners should never hear potentially disturbing content without first being told that it's coming."

That's why 20 seconds before the shots were heard in the All Things Considered report, host Audie Cornish said this: "A warning, some of what you'll hear is disturbing." Also, just before the sound of the shots, reporter Sandy Hausman said that "what happened next was shocking."

NPR received a few emails from listeners who didn't think the warnings were adequate and were disappointed that the network chose to include the sounds of the shots. This week's conversation with Weekend Edition's Scott Simon — which explores other topics, including NPR's decision not to post anything from the killer's video of the murders — will likely lead others to express their opinions. We welcome the feedback.

The man who shot Parker, Ward and Gardner was Vester Lee Flanagan, 41, a former reporter at WDBJ who was fired from the station two years ago. He not only posted a video of the killing, but also faxed a long letter to ABC News in which he claimed a number of things, including being discriminated against. Flanagan was black. Both Parker and Ward were white. After fleeing the scene, Flanagan drove to Northern Virginia. As Virginia State Police closed in on his car, Flanagan shot himself. He died a few hours later.