Accessibility links
Tropical Storm Erika Falls Apart; Dominica Deaths At 20 : The Two-Way The storm caused devastating flooding and landslides on the tiny island earlier this week, but poses less of a threat to Florida, according to National Weather Service forecasts. 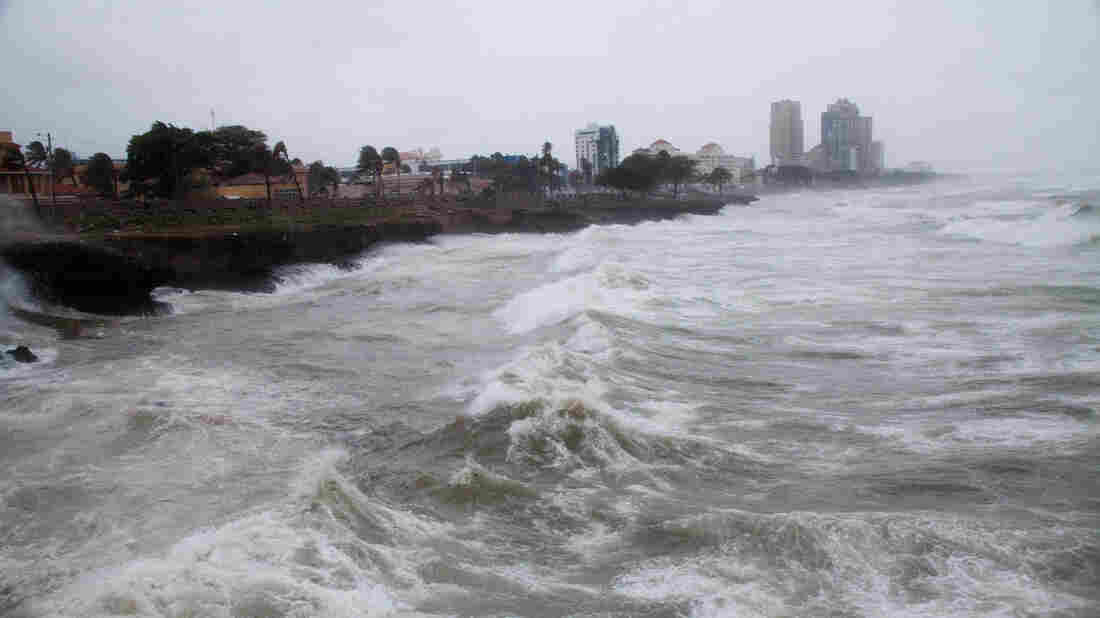 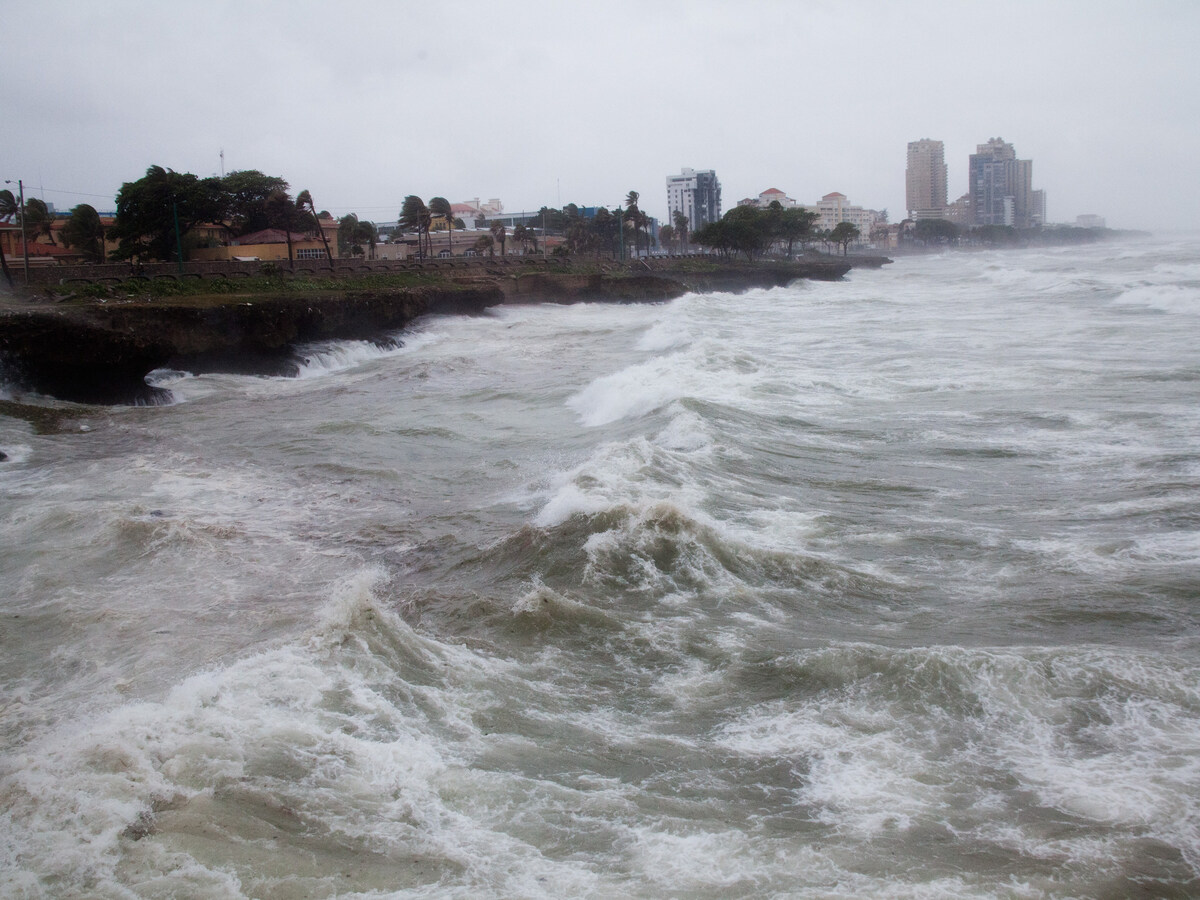 What's left of a disorganized Erika, no longer a tropical storm, has moved western Cuba after drenching the Dominican Republic and Haiti.

The remnants of Erika are expected to move across Cuba and into the southeastern Gulf of Mexico by Sunday.

"[T]otal rainfall accumulations of 3 to 6 inches with maximum amounts of 10 inches [are] possible across portions of the Dominican Republic, Haiti and eastern and central Cuba through Sunday. These rains could cause life-threatening flash floods and mud slides. In addition, rainfall amounts of 1 to 3 inches are expected across the Turks and Caicos Islands as well as the southeastern and central Bahamas through Sunday. Rainfall amounts of 3 to 5 inches, with locally heavier amounts, are possible across southern and central Florida beginning on Sunday." 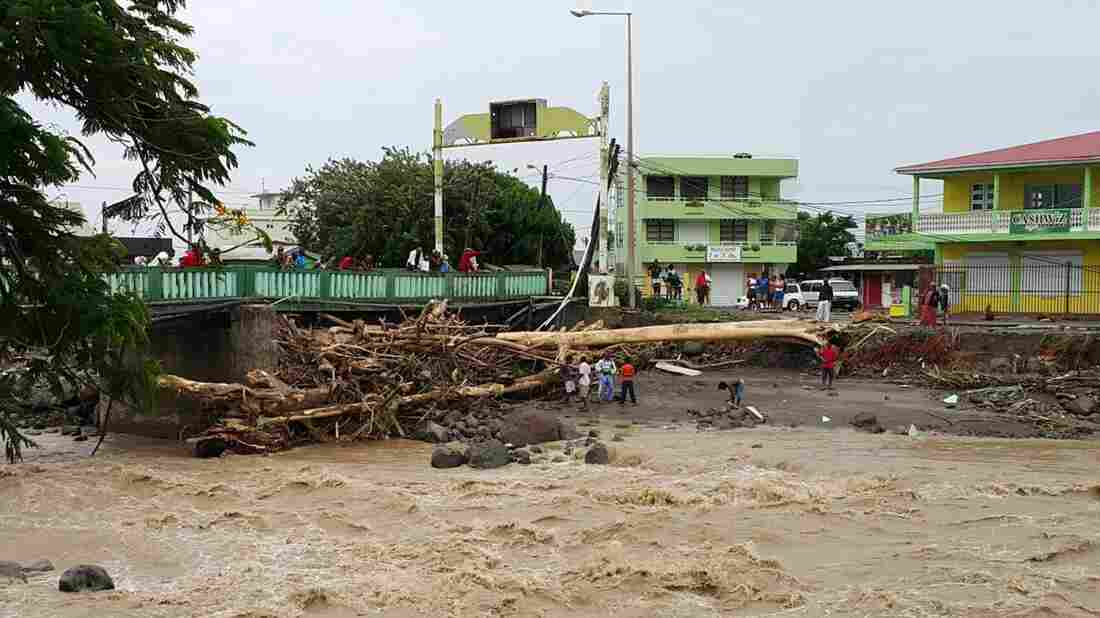 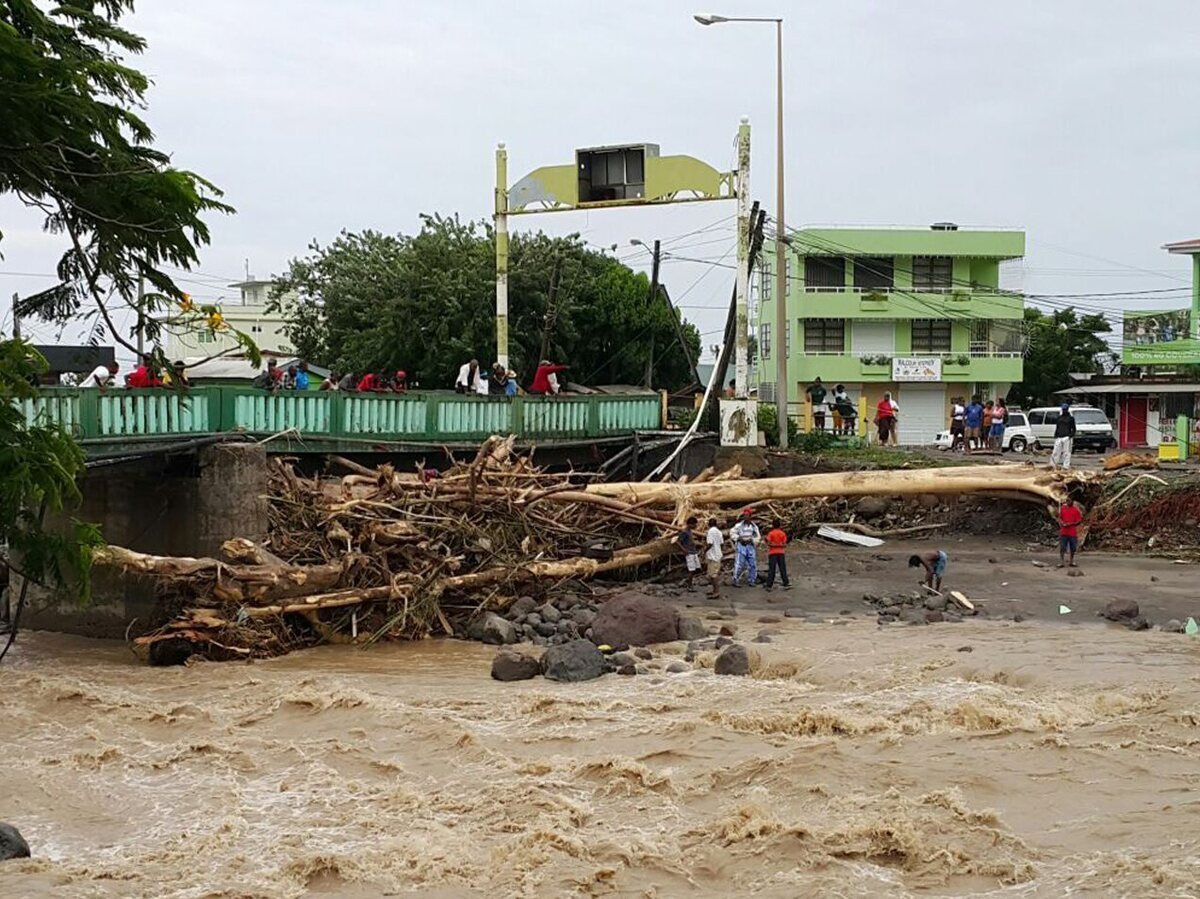 Rivers remained swollen and choked with debris in Roseau, Dominica, on Friday after Tropical Storm Erika had passed

It's a big shift from recent days, the forecast notes, when most of the forecasting tools anticipated Erika strengthening into a hurricane over the weekend.

On Thursday Erika dropped a foot of rain on the island of Dominica, triggering flooding and landslides, and late Friday the island's Prime Minister, Roosevelt Skerrit, announced the death toll had climbed to 20.

In the Pacific Ocean, the threat to Hawaii from Hurricane Ignacio appeared to be receding somewhat, as recent forecasts anticipated somewhat less strengthening and a track that should take the storm north of the islands. Still, storm surge could be as high as 10-14 feet late Sunday, the Honolulu Star-Advertiser reported.