Accessibility links
EU Ministers Call Emergency Meeting To Discuss Migrant Crisis : The Two-Way Europe has seen an unprecedented number of migrants and asylum seekers reach its borders. EU ministers called the meeting, in part, to try to decide which migrants are treated as refugees. 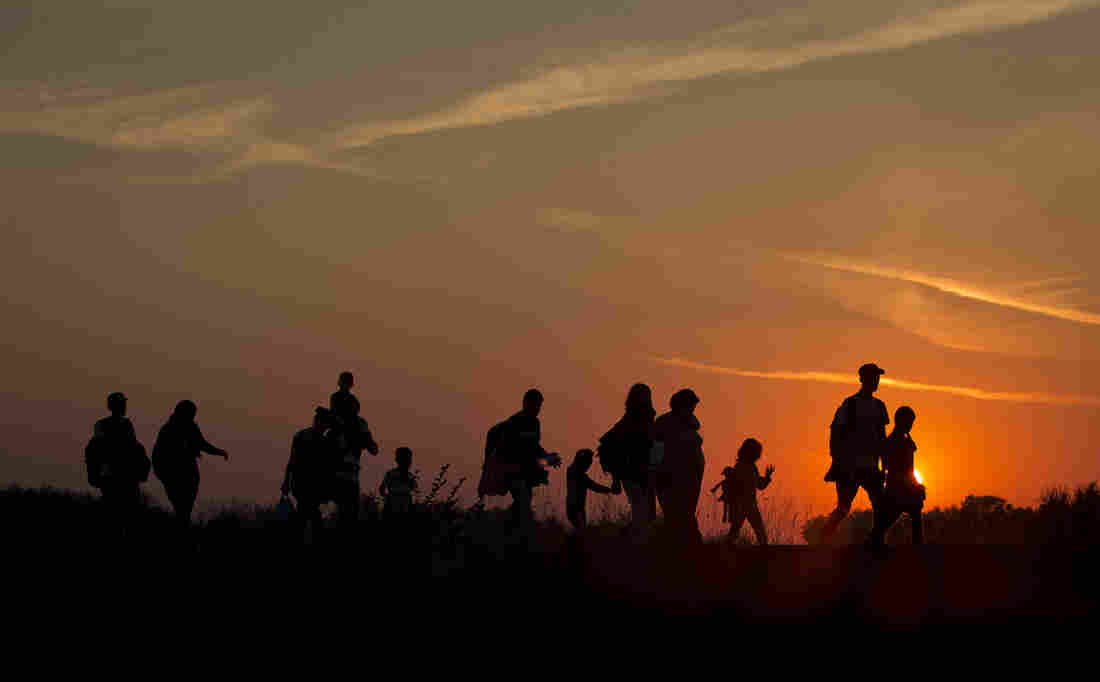 Refugees from the Middle East are silhouetted against the setting sun as they walk on railway tracks from Serbia, in Roszke, Hungary, on Sunday. Darko Bandic/AP hide caption 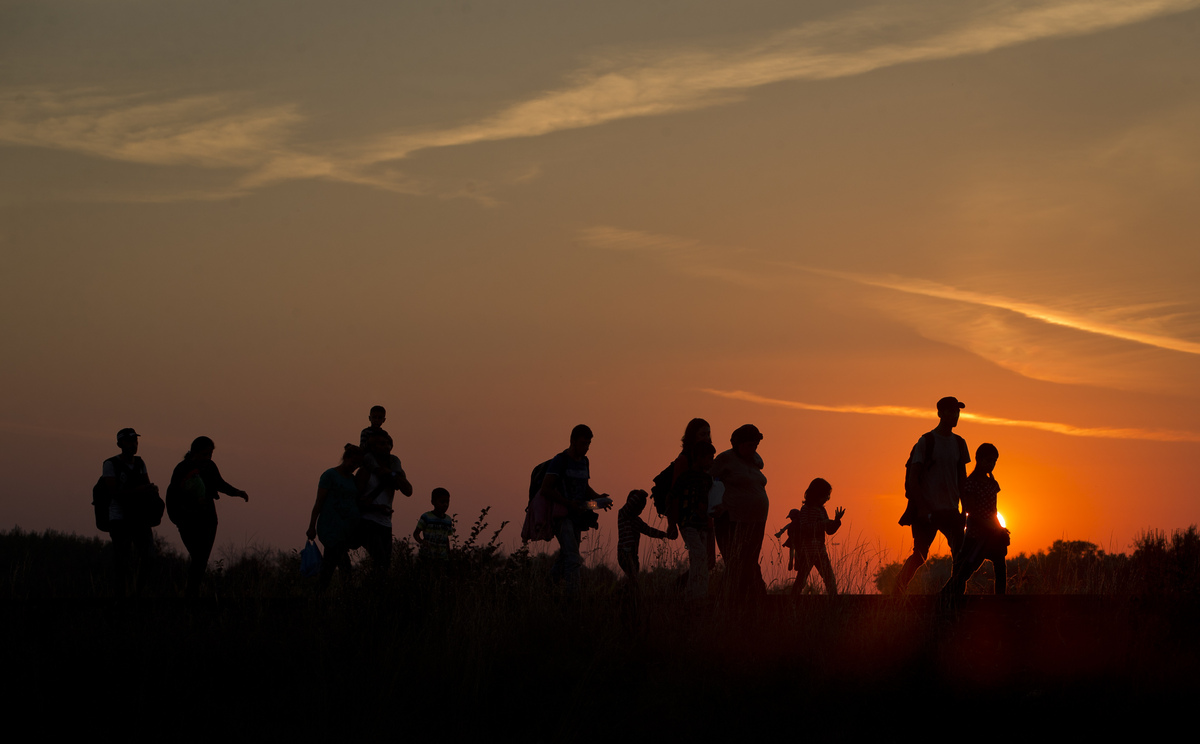 Refugees from the Middle East are silhouetted against the setting sun as they walk on railway tracks from Serbia, in Roszke, Hungary, on Sunday.

European ministers have called for an emergency summit to discuss the hundreds of thousands of migrants who are pouring into European countries.

As The New York Times reports, almost as soon as Germany, France and the U.K. made the call, Luxembourg, which currently holds the EU presidency, obliged by setting a meeting date for Sept. 14 in Brussels.

"What is most urgent, the interior ministers of the three countries said, is agreement on the establishment of welcome centers in Greece and Italy to house, feed and screen migrants and asylum seekers, and to decide who should be allowed to remain as a legal refugee and who should be sent back home.

"Similarly, the ministers said, the European Union must agree on a list of 'safe countries of origin,' from which people would be considered migrants, not refugees, and therefore allowed to be sent home. The ministers' appeal included the prospect of an emergency summit meeting of bloc leaders to follow."

The Guardian reports that this migrant crisis, which has been driven by refugees fleeing Syria, Afghanistan and Iraq, is unprecedented. In July alone, 100,000 migrants entered Europe and more than 340,000 have done so this year.

"Pressure is building on the EU to step up its efforts as the number of tragedies involving migrant deaths mounts—and occur closer to home. An estimated 200 migrants drowned Thursday after two boats capsized off the coast of Libya, the same day a truck containing 71 dead migrants was discovered in Austria near the Hungarian border.

"And on Friday, Austrian police stopped another truck, this time with 26 refugees from Syria, Afghanistan and Bangladesh, close to the German border. The group included three children in an advanced stage of dehydration. On Sunday, the police said the children had recovered and left the hospital with their parents.

"By Sunday afternoon, Austrian forensic experts had performed 16 autopsies on the migrants discovered in the truck last week, a police spokeswoman said. Though authorities said it was too soon to determine the timing or cause of death they noted that the truck's cargo had no openings for ventilation on its sides, suggesting the migrants—59 men, eight women and four children — suffocated."