Accessibility links
Guatemalan President Resigns, Is Jailed Amid Corruption Scandal : The Two-Way Prosecutors charge that Otto Pérez Molina was involved in a scheme that gave businesses breaks on import tariffs in exchange for bribes. Lawmakers voted Wednesday to lift his immunity to prosecution. 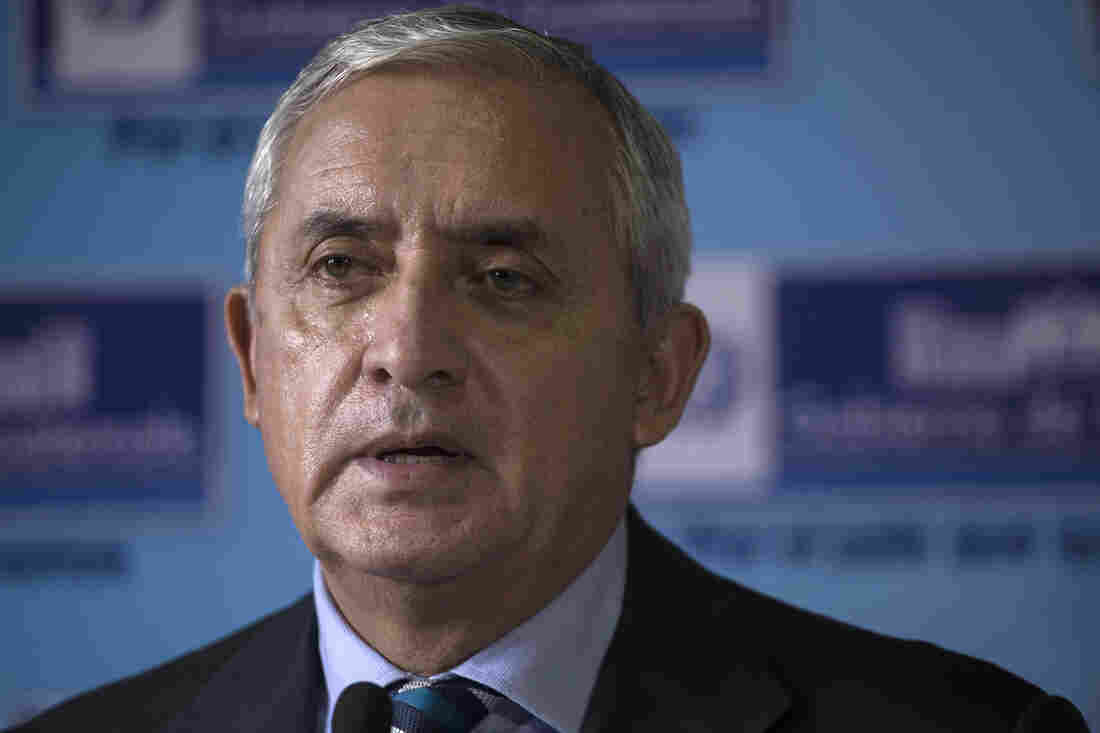 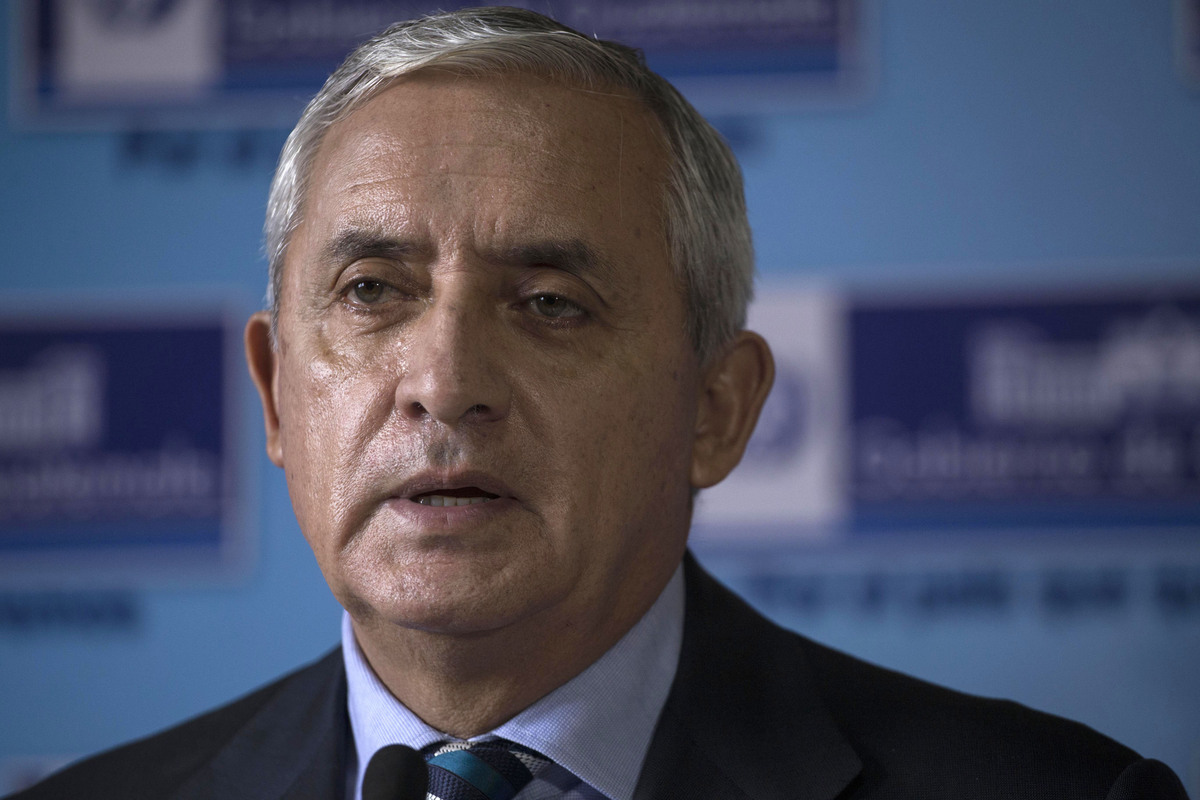 Amid a corruption scandal that has been punctuated by daily protests in the country, Guatemala's President Otto Pérez Molina resigned and, hours later, was sent to jail to await the conclusion of a court hearing.

In a letter presented to Congress at 11:58 p.m. on Wednesday, Pérez Molina said he was resigning "in the interest of the country."

Afterward he listened in a courtroom as more than six hours of recordings were played for judges, lawyers and the media, the New York Times reports. He told the reporters in attendance that he was innocent and had no intention of leaving the country, and would abide by the court.

Before his resignation on Thursday, the country's Congress had voted to strip Pérez Molina of his immunity. The country's public prosecutor said on Twitter that the former president has been charged and an arrest warrant has been issued.

"'We are convinced that he is involved (in the scheme),' she told the station."

The Los Angeles Times reports that this case is "widely seen as an unprecedented blow against entrenched corruption and impunity in this Central American nation."

"Each step in the process is a first, as no sitting president in Guatemala has been prosecuted for a crime, though some have faced corruption charges after leaving office."

La Prensa Libre reports that the silence of a quiet, rainy night was broken as citizens of the city began to learn of the former president's decision.

A group of young people carrying flags, reports the paper, celebrated in front of the judicial palace. They celebrated this moment, the paper reports, as "a triumph of the people."

Alejandro Maldonado Aguirre, who took over as vice president when Baldetti was arrested, has been sworn in as president, the paper reports. The AP reports that he demanded the resignation of all top government officials.

One day after he resigned, Otto Perez heard charges read against him in Guatemala's supreme court. Prosecutors "played out wire-tapped phone calls they say implicate him in a scheme to defraud the state," according to Agence France-Presse.

One of the people who turned out for the celebration on the streets of Guatemala City was Nobel Peace Prize Laureate Rigoberta Menchú.

"It's important that our citizens continue this movement with courage and with deep maturity," Menchú told Prensa Libre's Glenda Sánchez.

Menchú gave an interview to the AFP, yesterday, in which she called this moment Guatemala's "Great Awakening."

"Since the social movement began, it was clear it had only one objective: a resounding no to corruption. It was a no to the looting of the country and the state's coffers, something that has been going on for many years," Menchú said. "This was nothing new, but what we didn't expect was this civic example of protest by Guatemalans: their indignation never turned violent.

"What happened is that the cover of impunity — this cover that was embedded in all our institutions and was impossible to touch — was removed."