Accessibility links
Speaker Of Iran's Parliament Suggests Prisoner Swap For Rezaian, Other Americans : The Two-Way In a new sign that Iran might consider freeing Jason Rezaian, a powerful Iranian politician tells NPR that there are ways to liberate the Washington Post reporter and other prisoners. 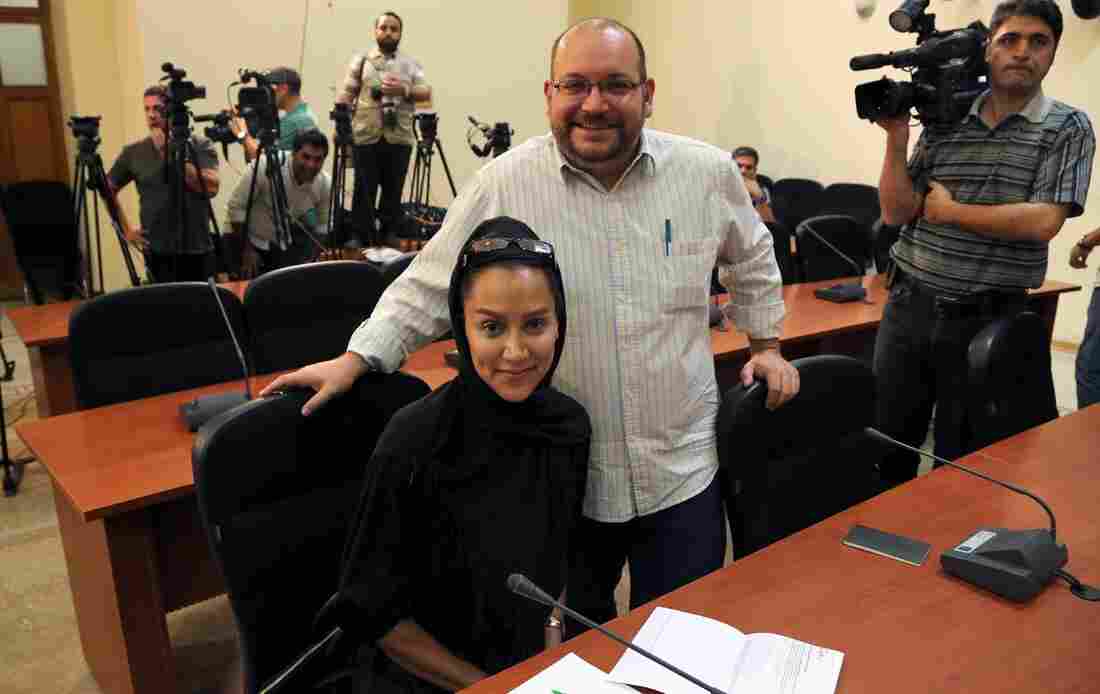 Washington Post Iranian-American journalist Jason Rezaian, seen here with his wife, Yeganeh Salehi, has been held prisoner since he was arrested in Tehran last July. On Thursday, a powerful Iranian politician said of a potential prisoner swap, "That's one way." EPA/Landov hide caption 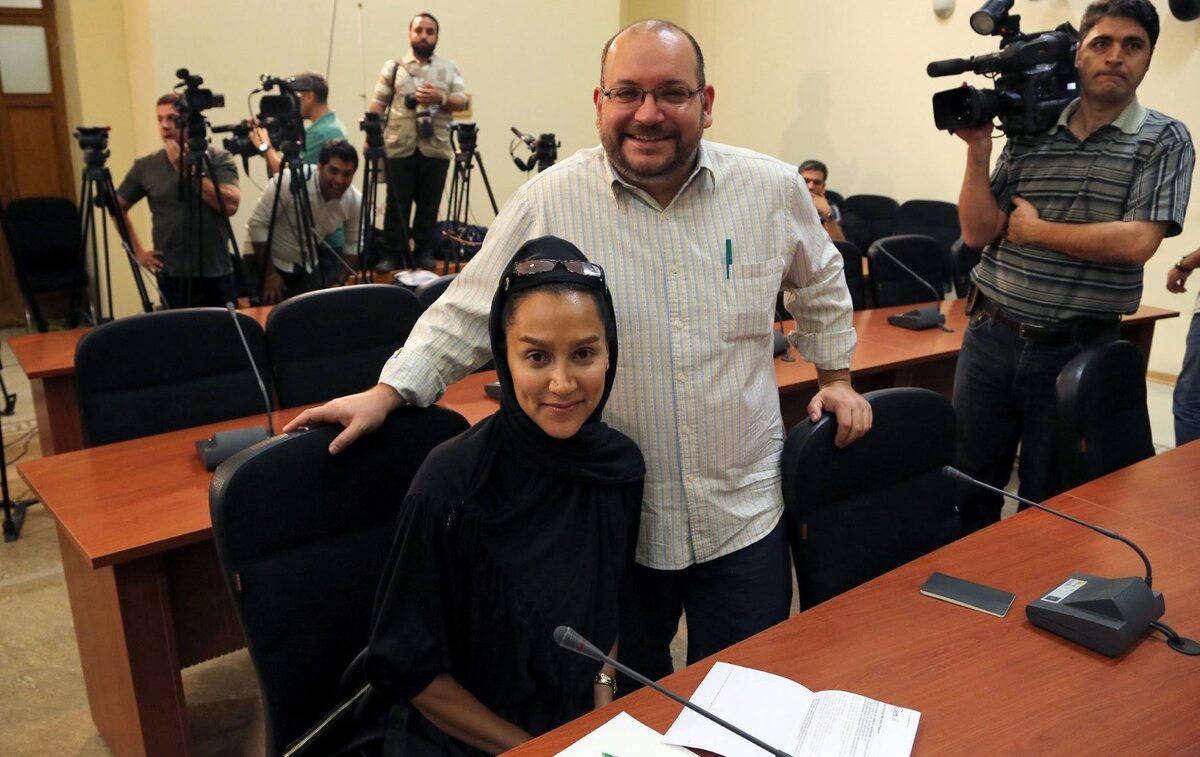 Washington Post Iranian-American journalist Jason Rezaian, seen here with his wife, Yeganeh Salehi, has been held prisoner since he was arrested in Tehran last July. On Thursday, a powerful Iranian politician said of a potential prisoner swap, "That's one way."

In a new sign that Iran might consider freeing Jason Rezaian, a powerful Iranian politician tells NPR that there are "practical" ways to liberate the Washington Post reporter and other American prisoners. He then sketched the outline of a trade.

Rezaian was arrested in Tehran more than a year ago, prompting an outcry for his release. As they negotiated with Iran over its nuclear program this year, U.S. officials called on Iran to free Rezaian, as well as three other Americans.

The possibility of a prisoner swap came up in an interview Thursday in New York, where Larijani is attending a global conference of parliamentary speakers this week. The speaker does not have direct authority over Rezaian, but he's close to those who do: His brother is the head of Iran's judiciary.

Larijani's suggestion appears to be the most direct public consideration of a trade by an Iranian official. An Iranian diplomat recently hinted at the possibility, only to dismiss it.

Inskeep: Can you see a practical way that Iran's government could release Jason Rezaian and other Americans who've been held in Iran for months or years?

Larijani: There are practical ways of course. For example, there is a number of Iranians in prison here [in the U.S.]. Definitely for matters of this sort, one can come up with solutions. I think your politicians know about those ways.

Inskeep: There was an occasion recently with Cuba where the United States exchanged prisoners with Cuba. Is that what you're suggesting?

Larijani: That's one way. There are other ways that the judiciary systems of the two countries can come up with. It is the judiciary that has to decide about it.

The Iranian speaker's remarks contrast sharply with a recent statement by an Iranian diplomat who stated, "An exchange of Jason Rezaian is not on the agenda."

That comment by Iran's deputy foreign minister, Hassan Qashqavi, was seen as noteworthy partly because it was "the first time a high-level official has alluded to the possibility of such a trade," as The Associated Press reported.

Even as he rejected the idea of a prisoner swap, Qashqavi also noted that the U.S. is currently holding 19 "innocent people under sanctions charges" — and that Iran wants them freed.

Before he was arrested and charged with spying, Rezaian had been the Post's Tehran bureau chief since 2012; he has dual citizenship in the U.S. and Iran (which does not recognize dual citizenship status). Last month, news emerged that a verdict had been reached in his case, but it has not been announced.

Larijani is a veteran of complicated international issues, having served as the head of Iran's nuclear negotiating team a decade ago.

"We're not going to respond to every comment by Iranian officials, especially as it concerns our U.S. citizens. We've raised our concerns over the detained and missing U.S. citizens at a variety of levels with Iranian officials and will continue to do so. We don't have any update on Jason Rezaian's case at this time, and we continue to call for his immediate release, as well as the release of Amir Hekmati and Saeed Abedini, and Iran's cooperation in locating Robert Levinson."