Accessibility links
Obama To Reassure Saudi King Amid Concerns Over Iran Nuclear Deal : The Two-Way To prove its support for Gulf Arab allies, the Obama administration is stepping up military sales to Saudi Arabia. The president hosts King Salman at the White House today. 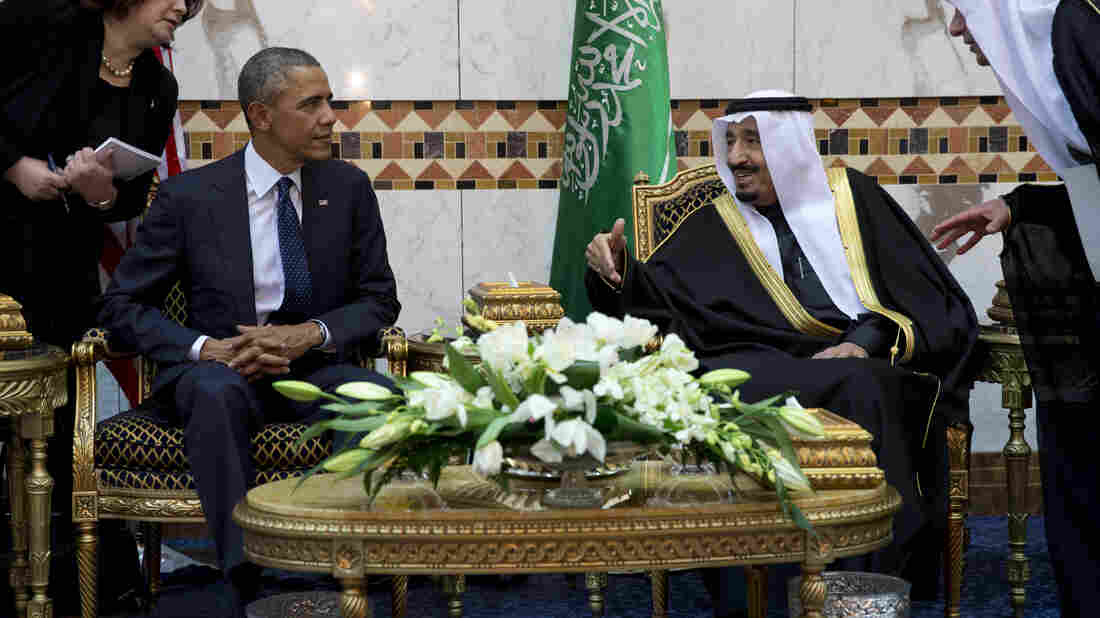 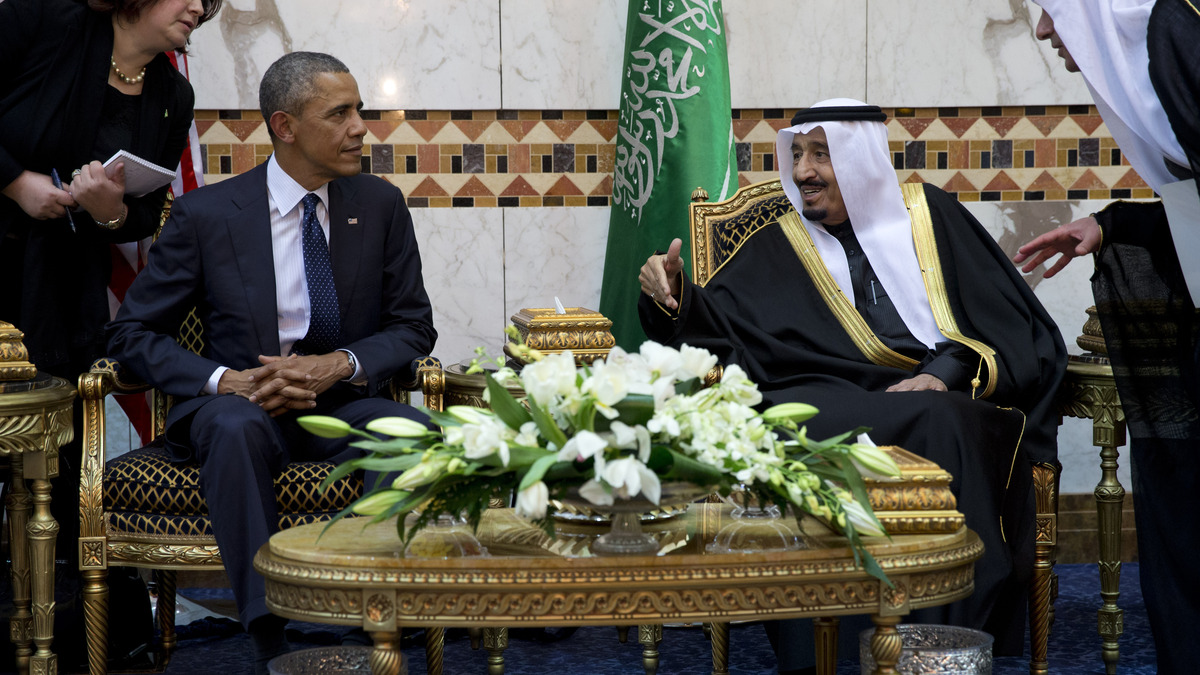 Saudi Arabia's new king is at the White House on Friday and Iran is expected to be high on the agenda. The Obama administration has been trying to reassure Gulf Arab allies that a nuclear deal with Iran doesn't mean that the U.S. will turn away from its other concerns about Iranian activities in the Middle East. To prove that, the U.S. is stepping up military sales to Saudi Arabia.

The White House is billing this visit by King Salman as a chance to follow up on the promises made before the Iran deal to beef up the security of Gulf Arab allies. That doesn't just mean big ticket military sales.

Secretary of State John Kerry said in a speech this week that the U.S. is determined to make sure its allies have all the support they need.

The U.S. has also been backing the Saudi military campaign in Yemen, which the Saudis portray as a proxy war with Iran. Administration officials have raised concerns about the high civilian death toll in that conflict, but have stopped short of publicly criticizing the Saudis for that.

A White House official says he expects President Obama will have a frank discussion with King Salman about Yemen. Human rights groups are urging the president to speak frankly about rights abuses inside the Kingdom, too, from the rising number of executions to the jailing of pro-reform activists and discrimination against women.