Accessibility links
French Investigators Confirm Wing Fragment Came From Flight MH370 : The Two-Way French authorities say they know "with certitude" that a piece of debris found in July is from the Malaysia Airlines plane. The reason why the Boeing 777 disappeared remains a mystery. 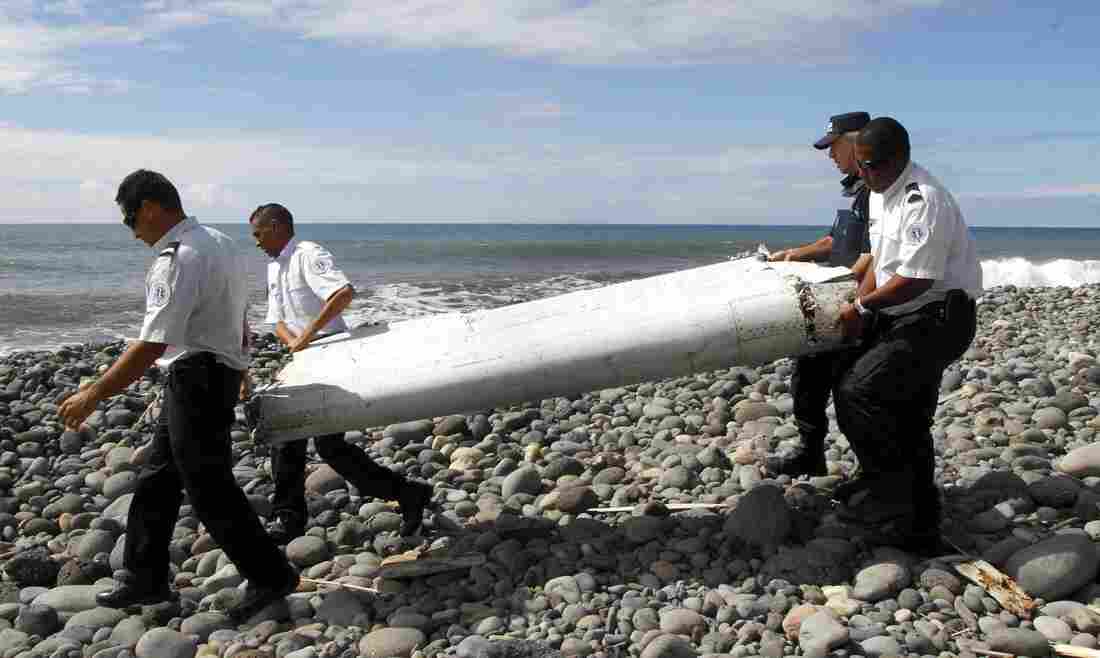 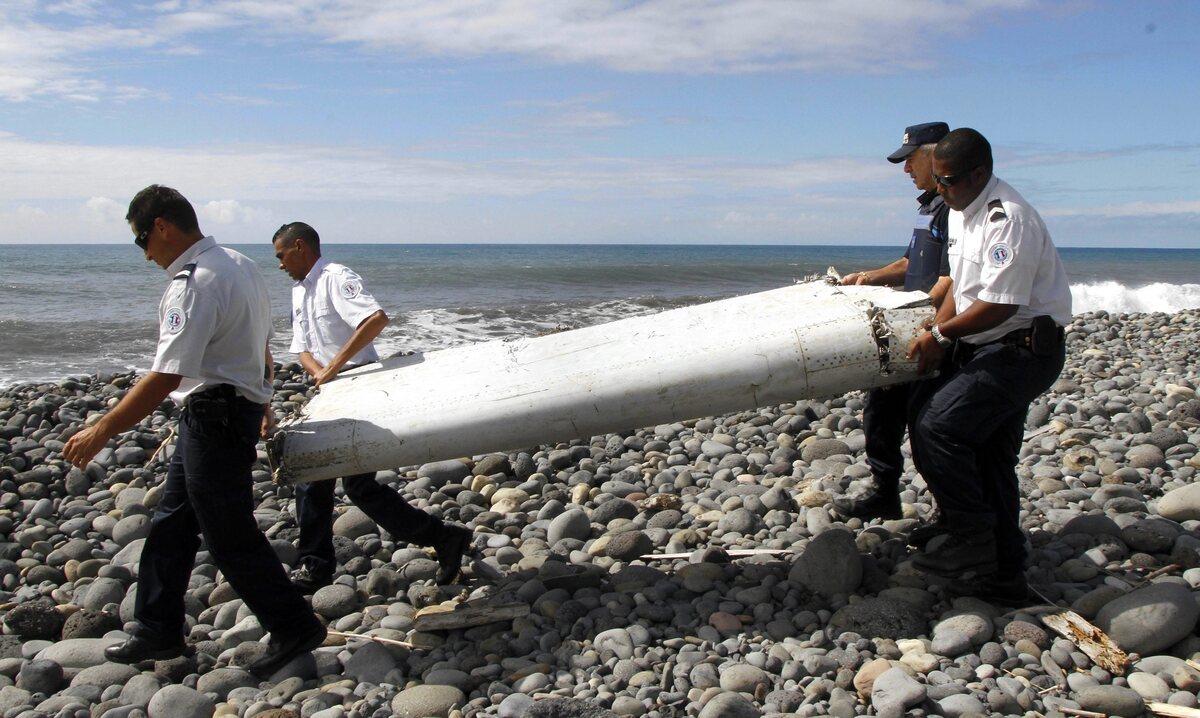 French officers carry a wing fragment, called a flaperon, that washed ashore on La Réunion island in the Indian Ocean on July 29.

French authorities have formally confirmed that a piece of debris found on the French island of La Réunion in the Indian Ocean in July belongs to Malaysia Airlines Flight 370.

The Boeing 777 vanished on March 8, 2014, en route from Kuala Lumpur to Beijing. From Paris, reporter Jake Cigainero tells our Newscast unit that the mystery surrounding the plane and the 239 people aboard is far from solved.

"French investigators have identified the wing fragment as part of the missing plane by matching serial numbers with maintenance records.

"The French prosecutor's office says that investigators now know 'with certitude' that the wing fragment came from the missing Boeing 777.

"What exactly happened to the plane still remains one of the greatest aviation mysteries that experts say won't be solved without the black box recorders."

French investigators have been examining the condition of the wing fragment, called a flaperon, for clues about the plane's fate.

"Officials who scrutinized data exchanged between the plane's engine and a satellite determined that the jetliner took a straight path across the ocean, leading them to believe that the plane flew on autopilot for hours before running out of fuel and crashing into the water."

Cigainero also reports that Australian teams continue to search for more debris in an expanse of the Indian Ocean where the plane is believed to have gone down. That area is more than 2,000 miles from where the flaperon was found.