Accessibility links
Drone Crash At U.S. Open; New York City Teacher Arrested : The Two-Way The black, shoebox-sized drone flew over the court at Louis Armstrong Stadium during a second-round match and then crashed into empty seats and broke apart. 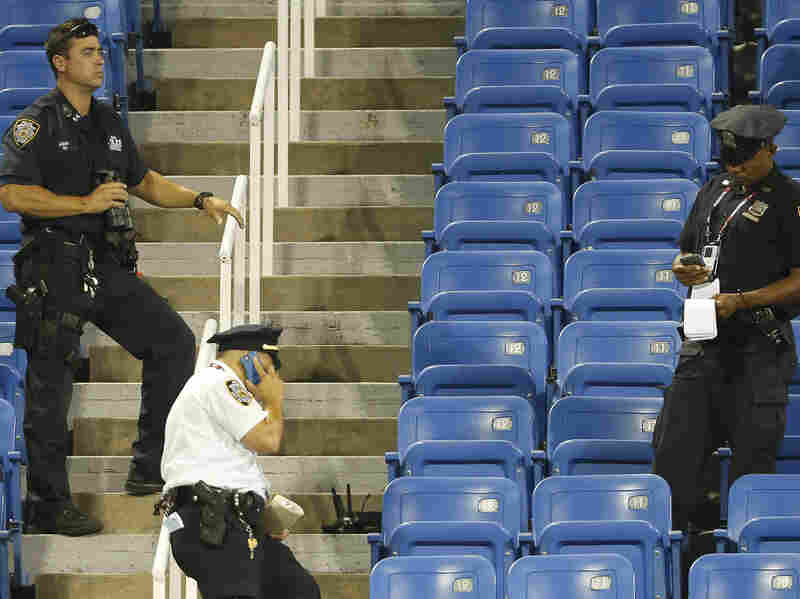 Police officers stand beside the remains of a drone that crashed into an empty section of seats at the U.S. Open on Thursday. Kathy Willens/AP hide caption 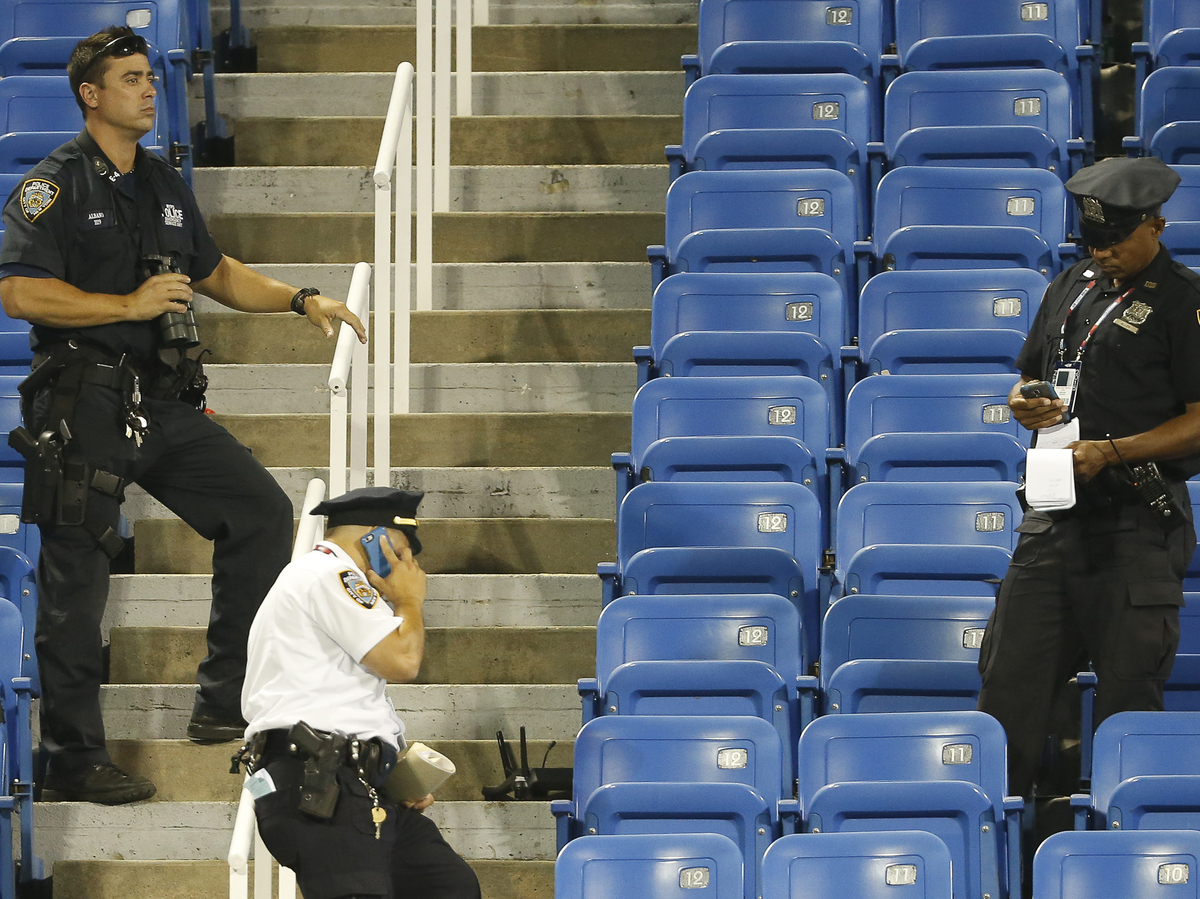 Police officers stand beside the remains of a drone that crashed into an empty section of seats at the U.S. Open on Thursday.

A New York City teacher was arrested today after allegedly crashing a drone into the stands during the U.S. Open tennis tournament Thursday night.

Citing police, The Associated Press reports that 26-year-old Daniel Verley has been charged with "reckless endangerment and operating a drone in a New York City public park outside of prescribed area."

During a second-round match between Italy's Flavia Pennetta and Monica Niculescu of Romania, the black, shoebox-sized drone flew over the court at Louis Armstrong Stadium and then crashed into empty seats and broke apart. The match was stopped briefly while police officers examined the drone.

The No. 26-seeded Pennetta called the incident "a little bit scary," saying she initially thought it might have been a bomb, according to the AP.

"With everything going on in the world ... I thought, 'OK, it's over.' That's how things happen," she said.

A New York City Department of Education spokesman told NPR that Verley has been a science teacher at the Academy of Innovative Technology in Brooklyn since 2013. The department will monitor the criminal case closely and take any disciplinary action based on the information from the case.

Aviation attorney Guy Haggard of the Florida law firm GrayRobinson said the drone crash could have been caused by a loss of control or a system failure.

"Anything mechanical can break," he told NPR.

As drone use for commercial and recreational purposes becomes more prevalent, there have been calls for more stringent regulations to be put in place. Haggard, however, says the laws already on the books are sufficient.

"I think they are very reasonable right now. Stay away from airports, stay over property that you have permission to fly over," he said. "The FAA already has a regulation that you cant fly an aircraft recklessly to endanger other people."

The Federal Aviation Administration says drones meet the legal definition for aircraft. In 2011, it fined a man $10,000 for using a small drone to film a commercial at the University of Virginia.