Accessibility links
Migrants Arrive In Austria, Germany After Being Bused To Border : The Two-Way The refugees from Syria, Iraq and elsewhere have been blocked for days from leaving Hungary.

Migrants Arrive In Austria, Germany After Being Bused To Border

Migrants Arrive In Austria, Germany After Being Bused To Border 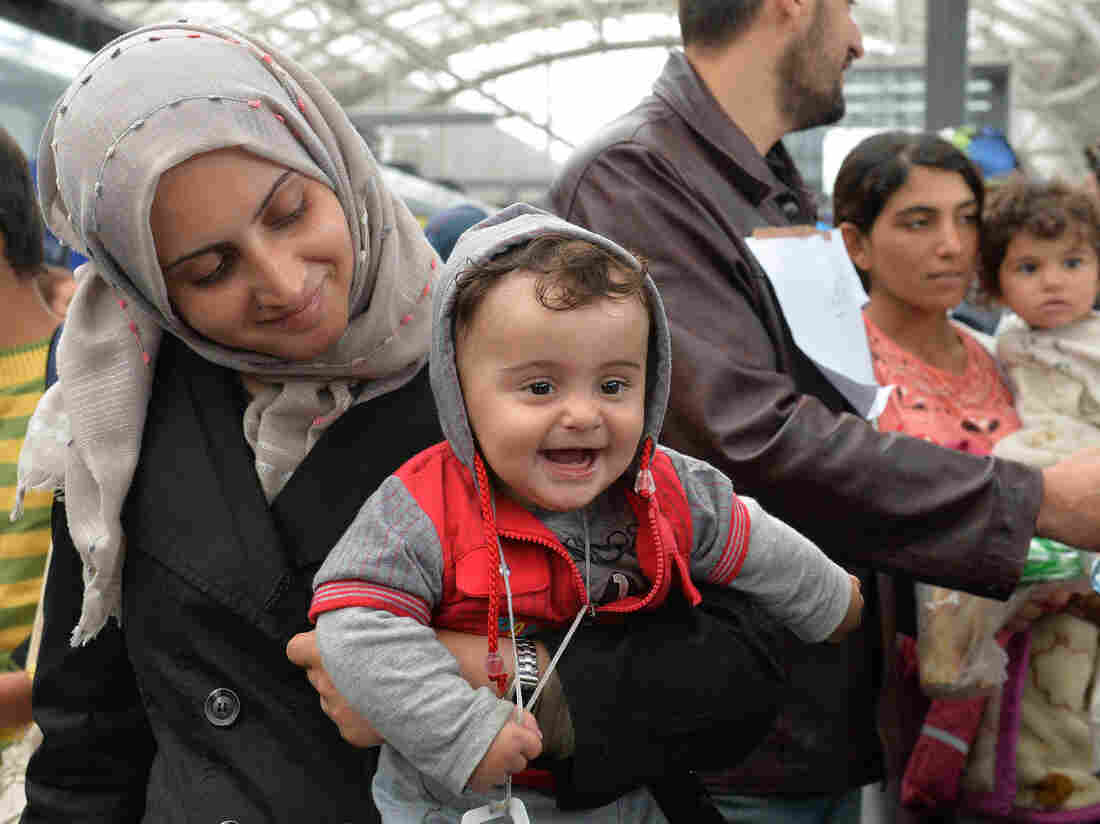 A woman holds her smiling baby in her arms as she arrives at the Hauptbahnhof station in Salzburg, Austria, on Saturday on their way with other migrants from Hungary via Vienna to Germany. Kerstin Joensson/AP hide caption 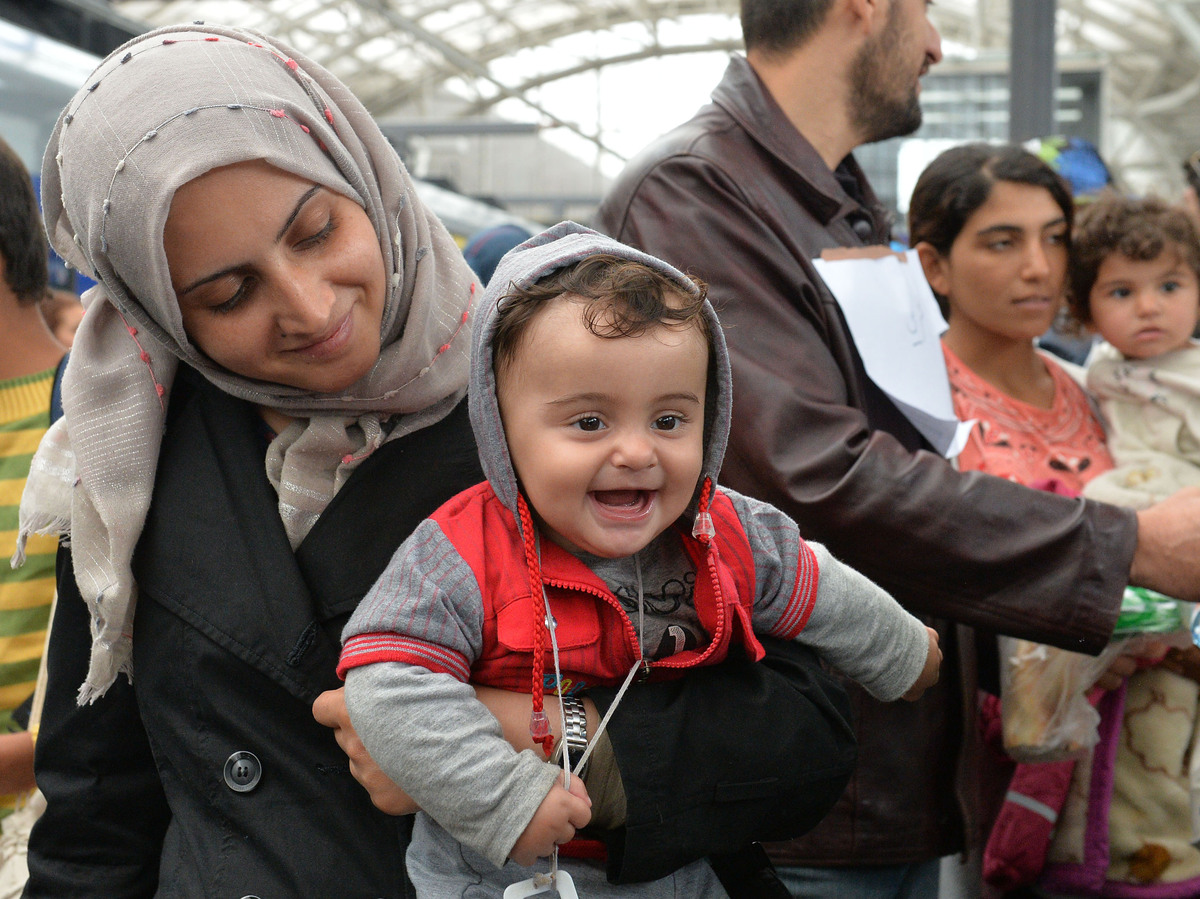 A woman holds her smiling baby in her arms as she arrives at the Hauptbahnhof station in Salzburg, Austria, on Saturday on their way with other migrants from Hungary via Vienna to Germany.

German police say that about 450 migrants from Hungary have arrived at a train station in Munich after German Chancellor Angela Merkel said her country would not limit the number of asylum seekers allowed in.

Thousands more arrived in Austria, many en route to Germany, after the Hungarian government blocked them from leaving the country by train earlier this week. In all, some 10,000 people are expected to reach Munich.

Many, frustrated by being stopped, set off on foot Friday, walking for hours toward the western border. They had covered up to 30 miles on foot — about one third of the way to the border — before the Hungarian government supplied buses to carry them. Authorities in Germany and Austria agreed to accept them.

But Hungary now says it has stopped providing buses for migrants to travel to Austria and Germany.

Kerry Skyring, reporting for NPR from Vienna, says the Budapest government says that providing buses was a one-off move to relieve an emergency situation.

"Once more hundreds have set out on foot from Budapest to walk to Vienna. Hundreds more are reported to have left a refugee camp in southern Hungary. Austria says it is coping well with new arrivals and is helping those who want to travel on to Germany while allowing others to apply for asylum in Austria," Kerry reports.

"Overnight, buses picked up migrants from Keleti station in Budapest where thousands had been camped.

"Vehicles were also sent to take those who had decided to walk along a motorway to Austria.

"On Saturday Hungarian government spokesman Zoltan Kovacs told the BBC there would be no more buses or trains to take the migrants on to Austria."

"Austria opened the floodgates by announcing that 'every refugee in Austria can apply for asylum.' By early afternoon Saturday, about 6,500 migrants had crossed into the country, Austrian Interior Minister Johanna Mikl-Leitner said.

"'Given the challenges facing our German friends as well, all of Europe needs to wake up. (The time for) reverie is over,' she said, according to Reuters. 'Now the continent of Europe is challenged. In this great challenge the entire continent has to give a unified answer. Whoever still thinks that withdrawal from the EU or a barbed wire fence around Austria will solve the problem is wrong.'"

On Saturday, German Chancellor Angela Merkel said her country would not limit the number of people seeking asylum there. Officials predicted up to 800,000 would arrive by the end of the year, The Associated Press says.

"The right to political asylum has no limits on the number of asylum seekers," Merkel told the Funke consortium of newspapers.

Local volunteers in Nickelsdorf, Austria, gave water and bananas to the first busloads of refugees as they crossed the border in a drenching pre-dawn rain Saturday, reports The New York Times. A few shouted from the buses, "Thank you, Austria!"