Accessibility links
Kim Davis Supporters Rally In Front Of Detention Center : The Two-Way Christians many of them said are under attack and Davis is a victim. Supporters prayed and called on the governor to step in. 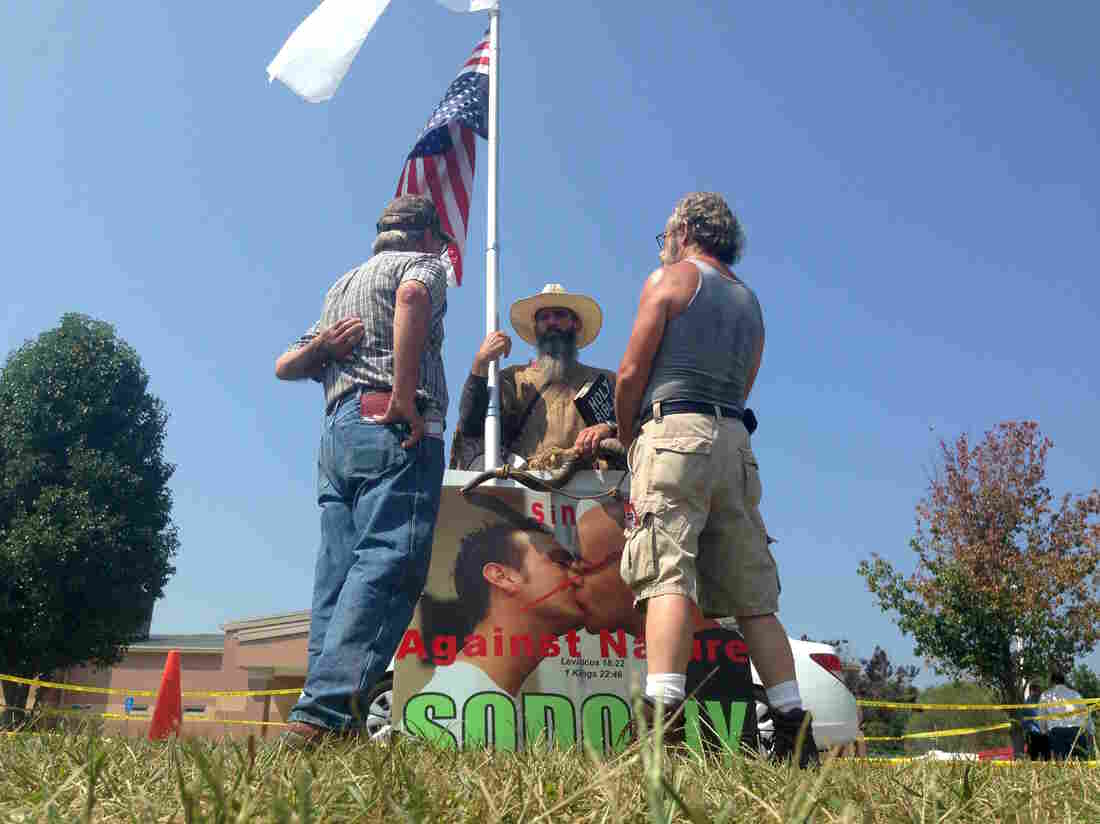 Alan Hoyle, 54, says he flies the American flag upside down because this country is in distress. Eyder Peralta/NPR hide caption 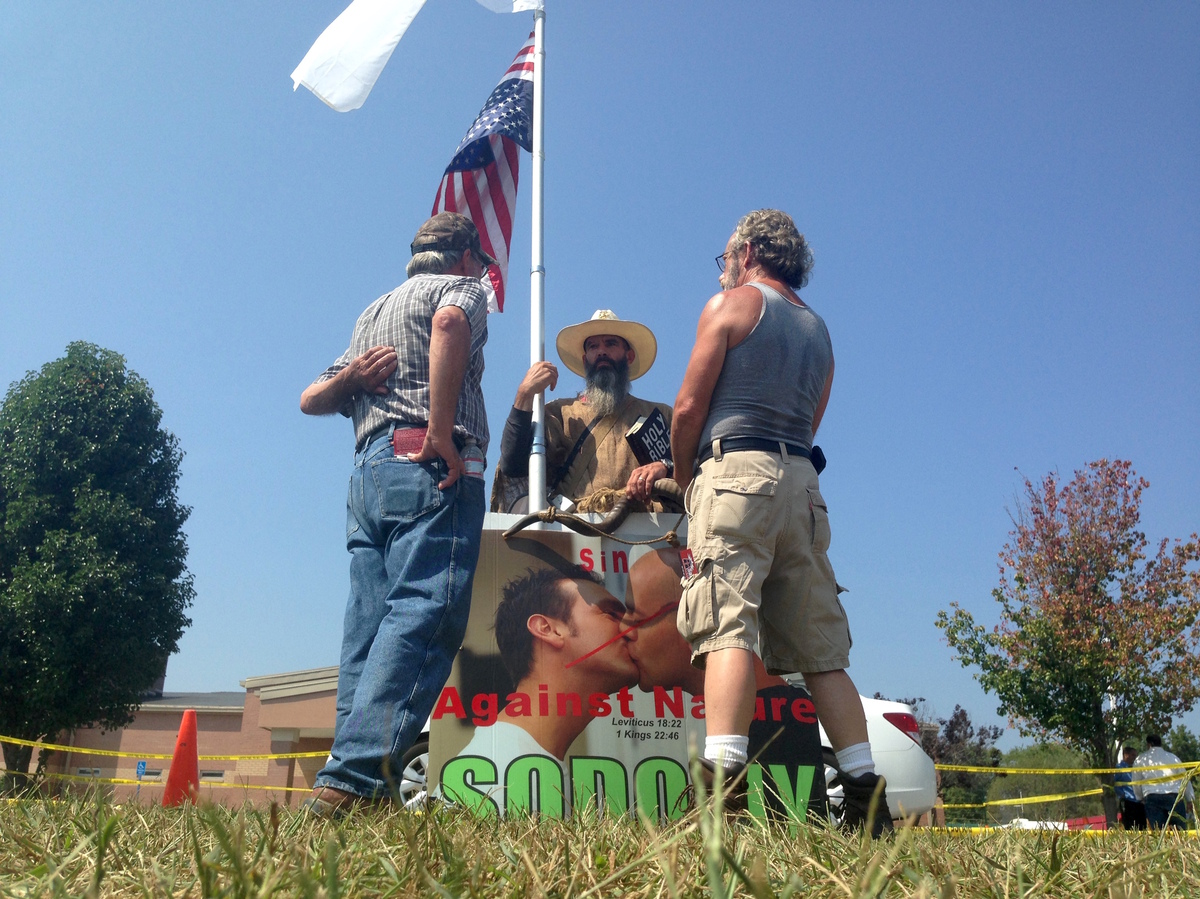 Alan Hoyle, 54, says he flies the American flag upside down because this country is in distress.

A couple hundred people gathered for a rally to free Kim Davis on Saturday in front of the Carter County Detention Center.

The Rowan, Ky., County clerk has spent three days there because she has defied the Supreme Court and refused to issue gay marriage licenses.

The protesters assembled in a field under a blazing summer sun.

Alan Hoyle, 54, stood near the stage and flew an American flag upside down.

He quickly noted that this was an approved way to fly a flag. It just meant that the country was in distress. Christians, he said, are under attack in the United States.

Others in the crowd carried signs that showed their support for Davis. One carried a sign that read: "We ought to obey God rather than man."

The rally featured a lineup of preachers. Randy Smith, an evangelist from Morehead, Ky., stood on the stage and riled the crowd up.

The Supreme Court wants them to accept gay marriage, but scripture is clear, he said.

"Father we know what your word says. That homosexuality is an abomination," Smith said.

The crowd lifted their palms toward him and shouted, "Amen."

The rally was held just a day after a deputy clerk in Rowan County, about a 45-minute drive from here, began issuing marriage licenses to same sex couples.

A lot about this story remains unclear: Attorneys for Davis said that without her signature, those licenses are void. Another thing that is unknown is just how long a federal judge will keep Davis in custody.

Davis is spending her third day in jail on Saturday. Her husband, Joe, came on stage wearing overalls and said that Kim is doing fine.

Stephanie Hunley drove 2 1/2 hours from Jamestown, Ohio, to be here. She says a Supreme Court decision that legalized gay marriage across the country was the beginning of a trying time for this country.

"It's very clear that what this did was open up a Pandora's box for an attack against Christianity and tolerance is only going one way and that's toward the other side," she said. "Bible-believing Christians, we don't check our conscience at the door when we leave home. If you're a true believer in Jesus Christ that belief system will carry through 24/7."

At the end of the rally, a group of bagpipers played God Bless America. The women who sang along changed the lyrics.

"God save America," they sang.