Accessibility links
French Agent Apologizes For Blowing Up Greenpeace Ship In 1985 : The Two-Way The Rainbow Warrior, on a mission to protest French nuclear testing in the Pacific, was destroyed by an underwater mine in New Zealand's Auckland harbor.

French Agent Apologizes For Blowing Up Greenpeace Ship In 1985

French Agent Apologizes For Blowing Up Greenpeace Ship In 1985 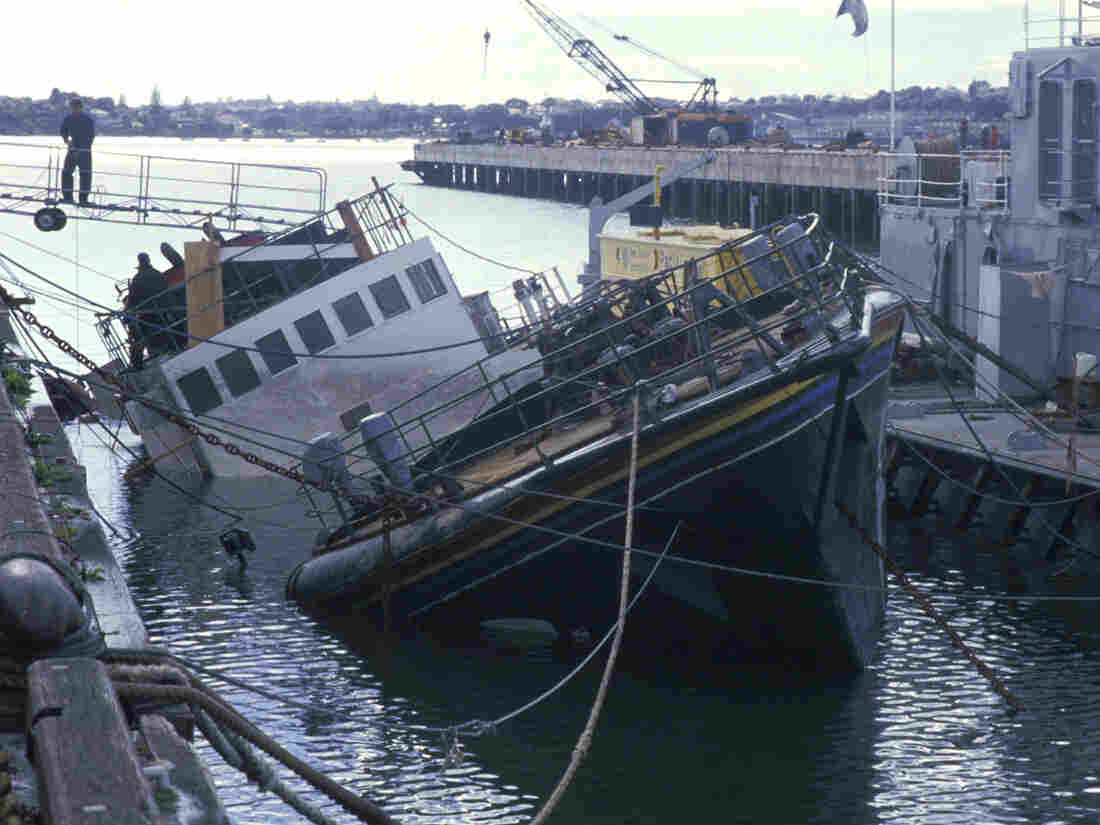 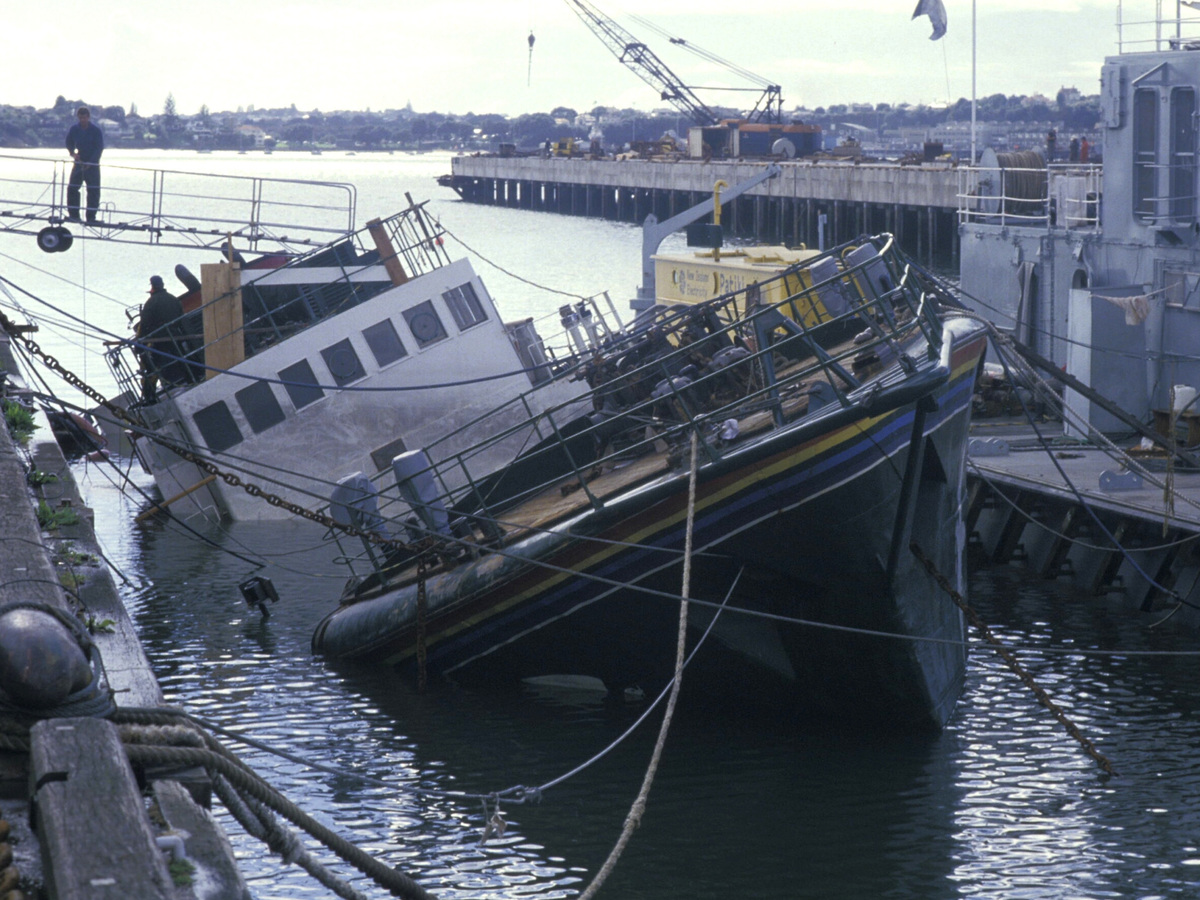 The Greenpeace vessel Rainbow Warrior after an underwater explosion in Auckland, New Zealand, in July 1985.

The French secret service frogman responsible for sinking the Greenpeace flagship Rainbow Warrior in a New Zealand harbor three decades ago has broken his long silence and apologized for the attack that killed a Portuguese photographer working for the environmental activist group.

Jean-Luc Kister, who was working for the French spy agency Direction Générale de la Sécurité Extérieure (DGSE) and acting on orders from Paris to blow up the ship, said he thought the time was right to speak up.

"Thirty years after the event, now that emotions have subsided and also with the distance I now have from my professional life, I thought it was the right time for me to express both my deepest regret and my apologies," Kister said in an interview on the investigative website Mediapart. The interview also appeared on TVNZ.

France24 reports that Kister attached two large limpet mines to the hull of the converted trawler as it was docked in Auckland harbor in July 1985, ahead of plans to protest of French nuclear testing at Mururoa Atoll, 750 miles southeast of Tahiti.

"First of all to [photographer] Fernando Pereira's family, in particular his daughter Marelle, for what I call an accidental death and what they consider to be an assassination," Kister said.

"I also wanted to apologize to the members of Greenpeace who were aboard the Rainbow Warrior that night. And then to the people of New Zealand which, it must not be forgotten, is a friendly and ally nation in which we conducted an inappropriate clandestine operation."

"I have the blood of an innocent man on my conscience, and that weighs on me," he said. "We are not cold-blooded killers. My conscience led me to [apologize] and explain myself."

"We had to obey orders. We were soldiers," he added.

In a statement in French, Greenpeace responded: "Nothing will bring back Fernando Pereira, but to honor him is a duty. An apology from Col. Jean-Luc Kister will not return Fernando but they prove once again that our comrade is an innocent man." 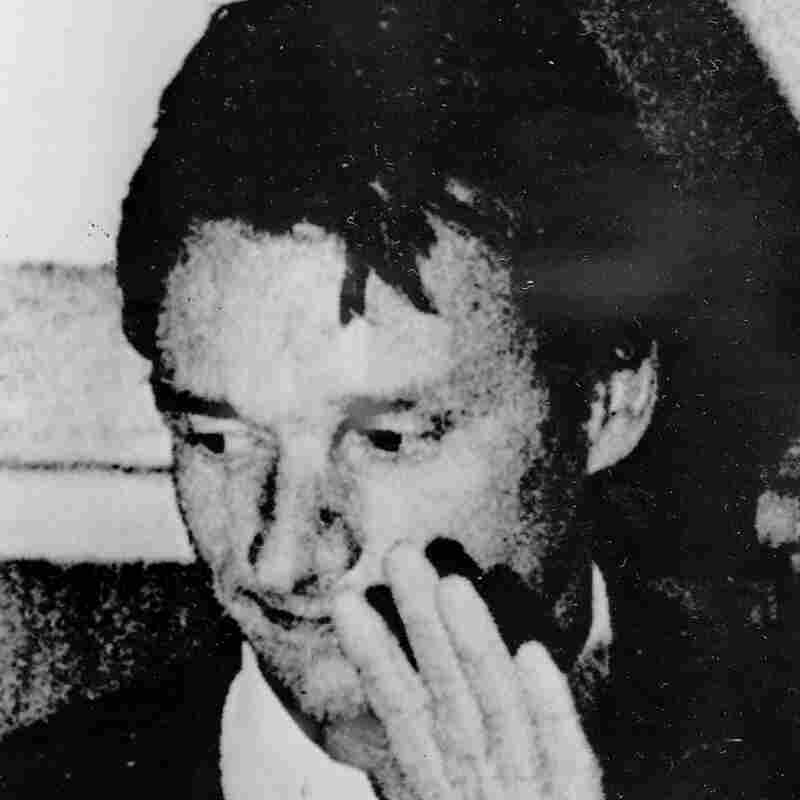 Alain Mafart, in a 1985 photo. Mafart, along with Dominique Prieur, were French spies arrested in New Zealand after the sinking of the Rainbow Warrior. AP hide caption 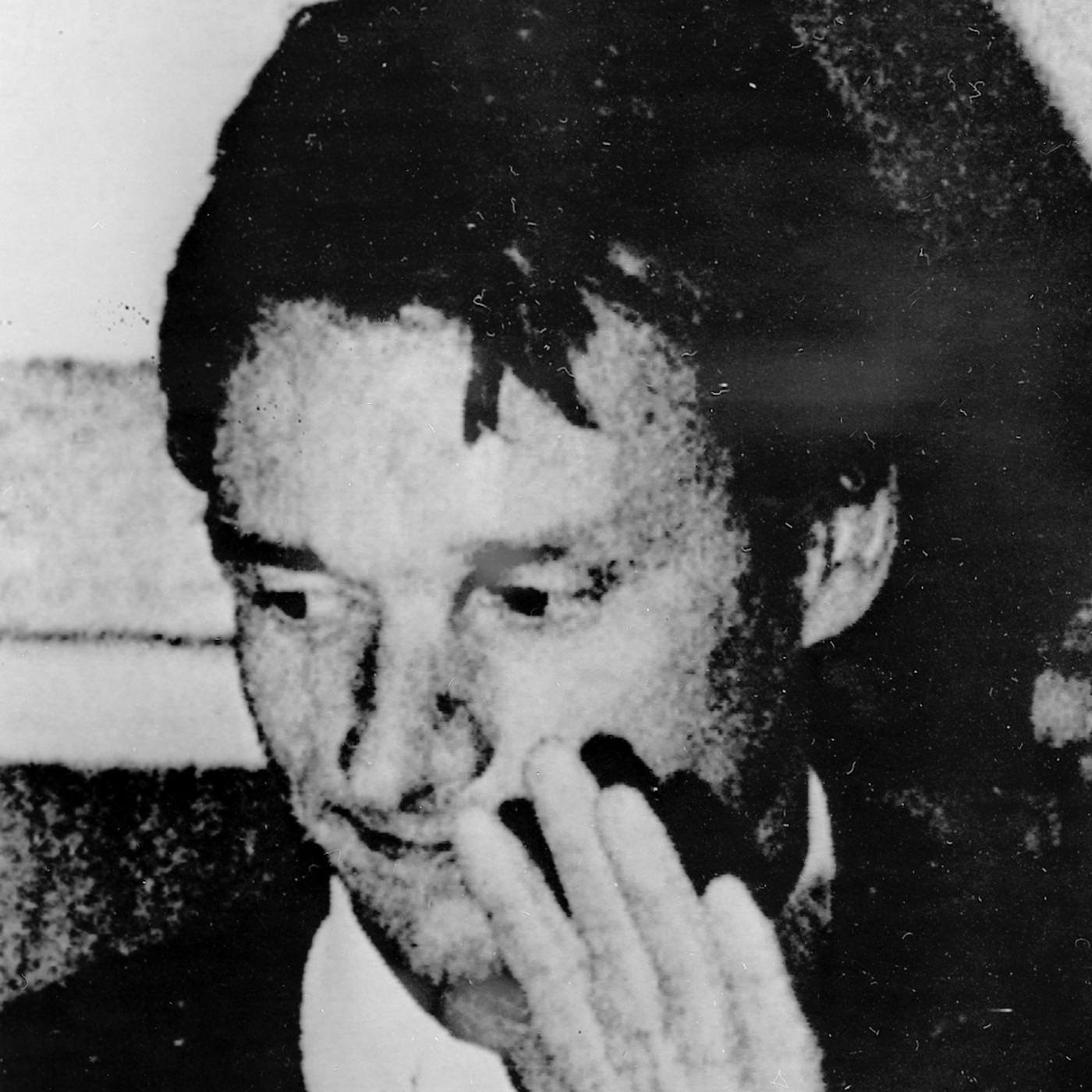 Alain Mafart, in a 1985 photo. Mafart, along with Dominique Prieur, were French spies arrested in New Zealand after the sinking of the Rainbow Warrior.

"Kister's name was leaked to the media soon after the bombing, albeit with a spelling mistake as Kyster. He said he considered his unmasking to be an act of 'high treason.'

"'I'm not angry at the journalists, it's the political powers I blame. If it had been in the United States, other heads would have rolled.'

"Two days after the bombing, two of the agents who took part — Alain Mafart and Dominique Prieur, who had posed as a couple of Swiss tourists — were arrested by New Zealand police and their identities revealed." 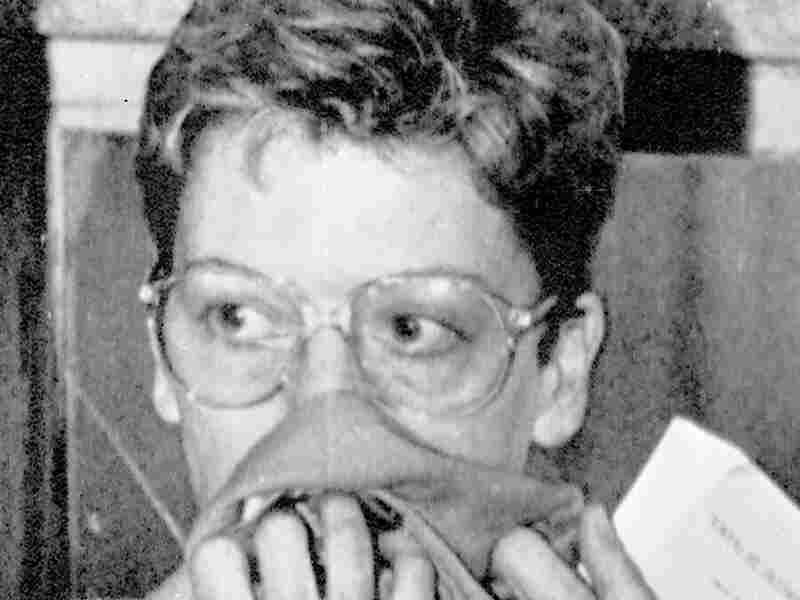 Dominique Prieur, in a 1985 photo. Prieur was a French spy arrested in New Zealand two days after the sinking of the Greenpeace flagship Rainbow Warrior. AP hide caption 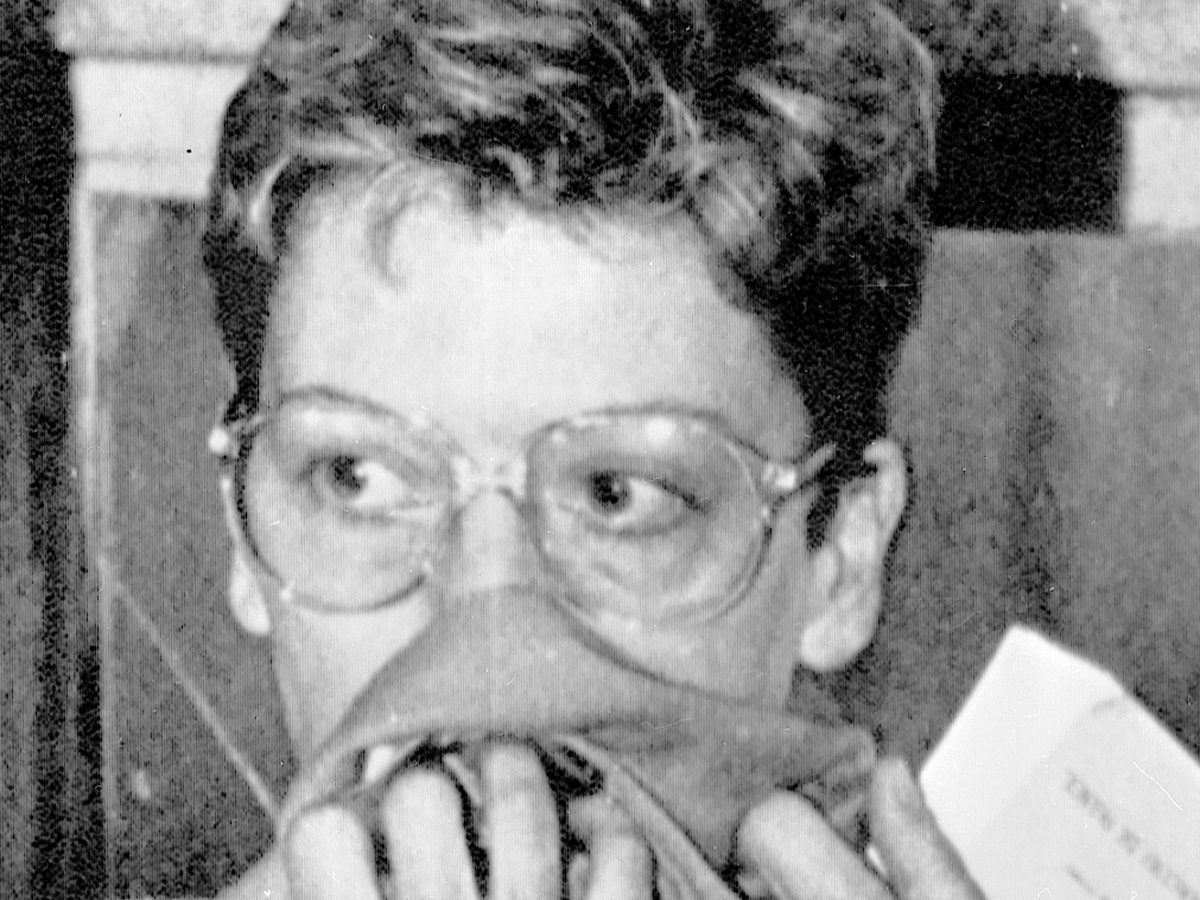 Dominique Prieur, in a 1985 photo. Prieur was a French spy arrested in New Zealand two days after the sinking of the Greenpeace flagship Rainbow Warrior.

Mafart and female agent Prieur — who had posed as Mafart's wife — were charged with murder in New Zealand but later pleaded guilty to manslaughter and were sentenced to 10-year terms. They were handed back to the France within months, however, in a deal struck between Wellington and Paris.

Both Mafart and Prieur subsequently wrote books that detailed their role in the sinking of the Rainbow Warrior.

The French government later issued an official apology for the incident and paid reparations to Greenpeace.