Accessibility links
Federal Requests For Immigration Holds Continue To Decline : The Two-Way A research group at Syracuse University has determined that Immigration and Customs Enforcement is decreasing its practice of asking local police to hold detained immigrants. 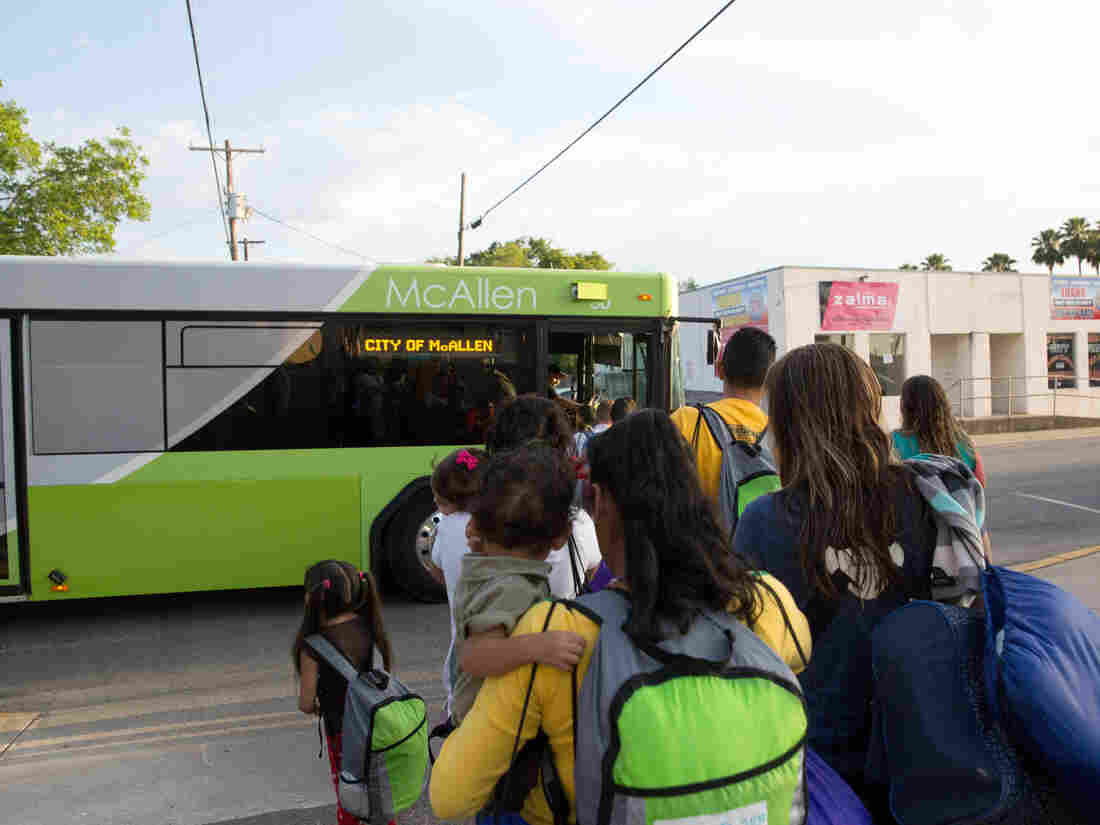 Immigrant families board a bus headed to the downtown bus station in McAllen, Texas, after being released by the Border Patrol. Seth Robbins/AP hide caption 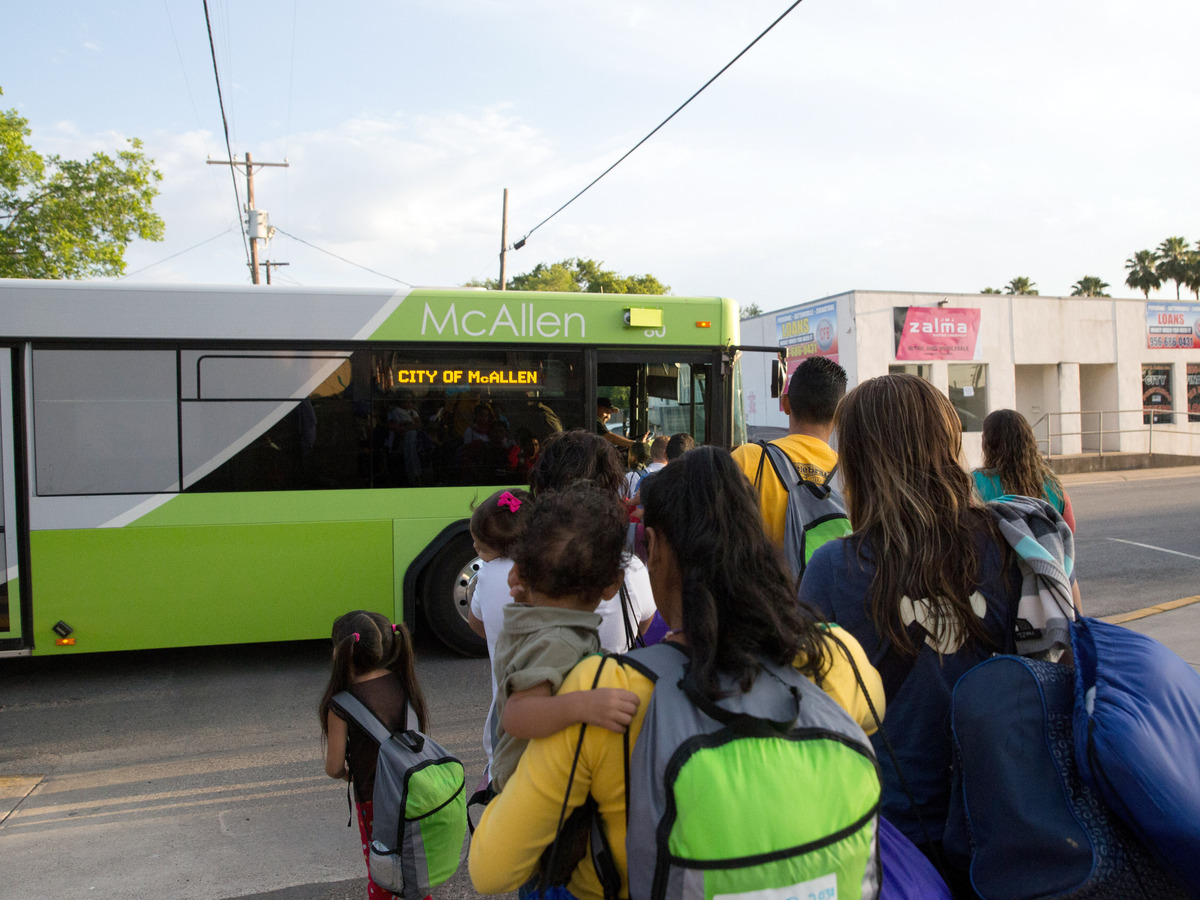 Immigrant families board a bus headed to the downtown bus station in McAllen, Texas, after being released by the Border Patrol.

Federal immigration officials are issuing far fewer detainer requests, also known as immigration holds, to state and local law enforcement agencies seeking immigrants who are in this country illegally. At the same time, the requests that are issued don't appear to be targeting serious, or convicted, criminals.

That's according to federal data collected by the Transactional Records Access Clearinghouse, obtained through Freedom of Information Act requests. It's an independent research organization based at Syracuse University.

Detainer requests dropped 30 percent between October 2014 and April 2015, from 11,355 to 7,993. In November of last year, the secretary of the Department of Homeland Security, Jeh Johnson, announced a new Obama administration policy changing the way detainers are issued.

Under an old program called Secure Communities, officials at Immigration and Customs Enforcement would ask local police to hold immigrants for up to 48 hours after they were due to be released. Immigration activists argued that these holds" were unconstitutional. Last year, a federal court in Oregon agreed, ruling that ICE detainer requests violate the Fourth Amendment.

Johnson unveiled a new approach called the Priority Enforcement Program. Fingerprint data collected by state and local authorities at the time of a booking are still sent to federal officials for matching with immigration records. What's different is that ICE only issues a request that it be notified 48 hours before local law enforcement releases an immigrant from custody.

There's plenty of evidence that the 30 percent drop in detainer requests is consistent with a longtime trend reaching back to 2011, when almost 28,000 detainer requests were issued. That number has been dropping ever since.

Virginia Kice, a spokeswoman for ICE, said in a statement that her agency determines when it will issue detainers "on a case-by-case basis with a priority for detention of serious criminal offenders and other individuals who pose a significant threat to public safety."