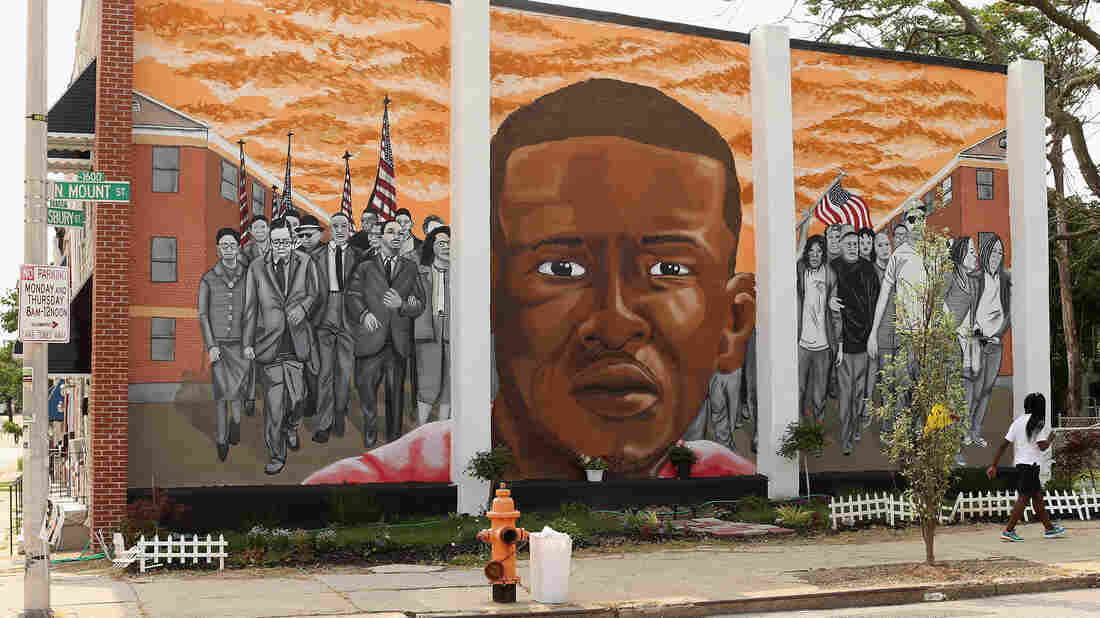 A mural memorializing Baltimore resident Freddie Gray adorns a wall near the place where he was tackled and arrested by police. Chip Somodevilla/Getty Images hide caption 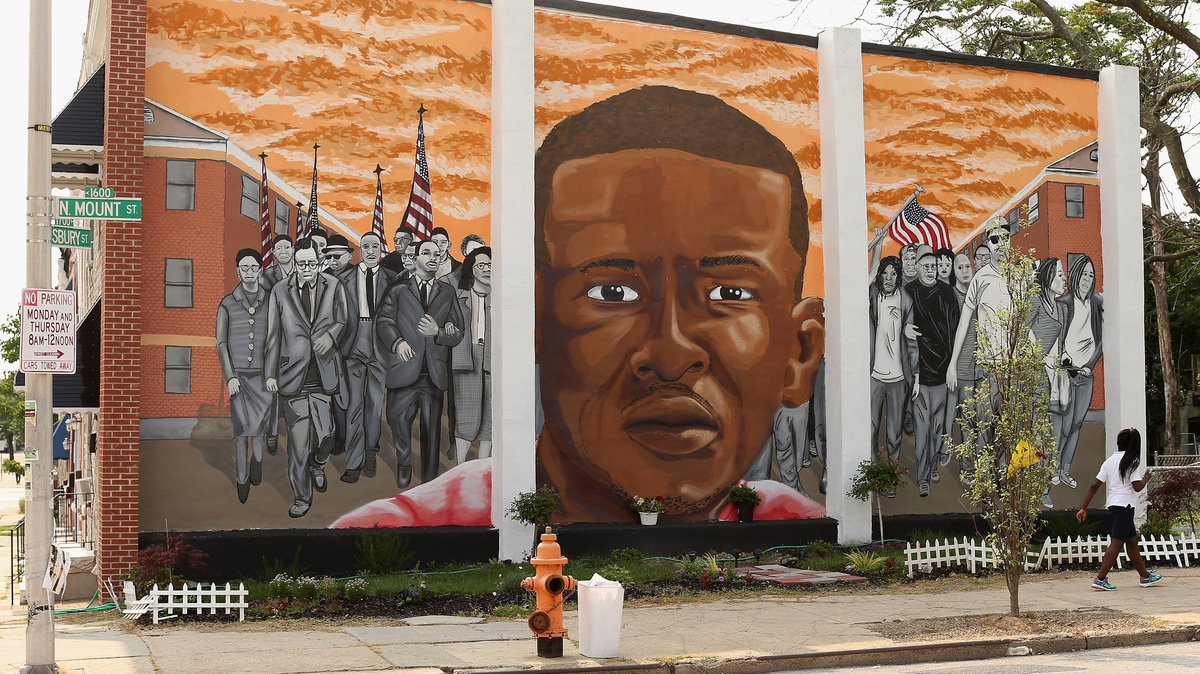 A mural memorializing Baltimore resident Freddie Gray adorns a wall near the place where he was tackled and arrested by police.

The City of Baltimore has approved a $6.4 million settlement with the family of Freddie Gray, the 25-year-old man who suffered a fatal spine injury while in police custody.

During a press conference, Mayor Stephanie Rawlings-Blake said the settlement helps the city "avoid continuing anxiety and distraction." Ultimately, she said, city attorneys found that taking this lawsuit to court would have proved more costly.

Giving its approval to the deal, today, the city's Board of Estimates, which is comprised of five city leaders, including the mayor and the president of the city council, agreed with that assessment.

As we reported, the settlement has nothing to do with any of the criminal charges being brought against six Baltimore Police Department officers. That trial will proceed.

The settlement also does not include any admission of guilt by the city. Gray's death sparked days of peaceful protests and a night of riots in April.

Rawlings-Blake expressed her condolences to the Gray family.

She said she understood that no amount of money could bring back their loved one, but, she added, she hoped that this settlement gives them a "measure of closure."