Accessibility links
Intel Ending Sponsorship Of Prestigious Science Contest For High School Students : The Two-Way Intel has been the corporate sponsor of the Science Talent Search since 1998. This year the company gave out more than $1 million in prize money. 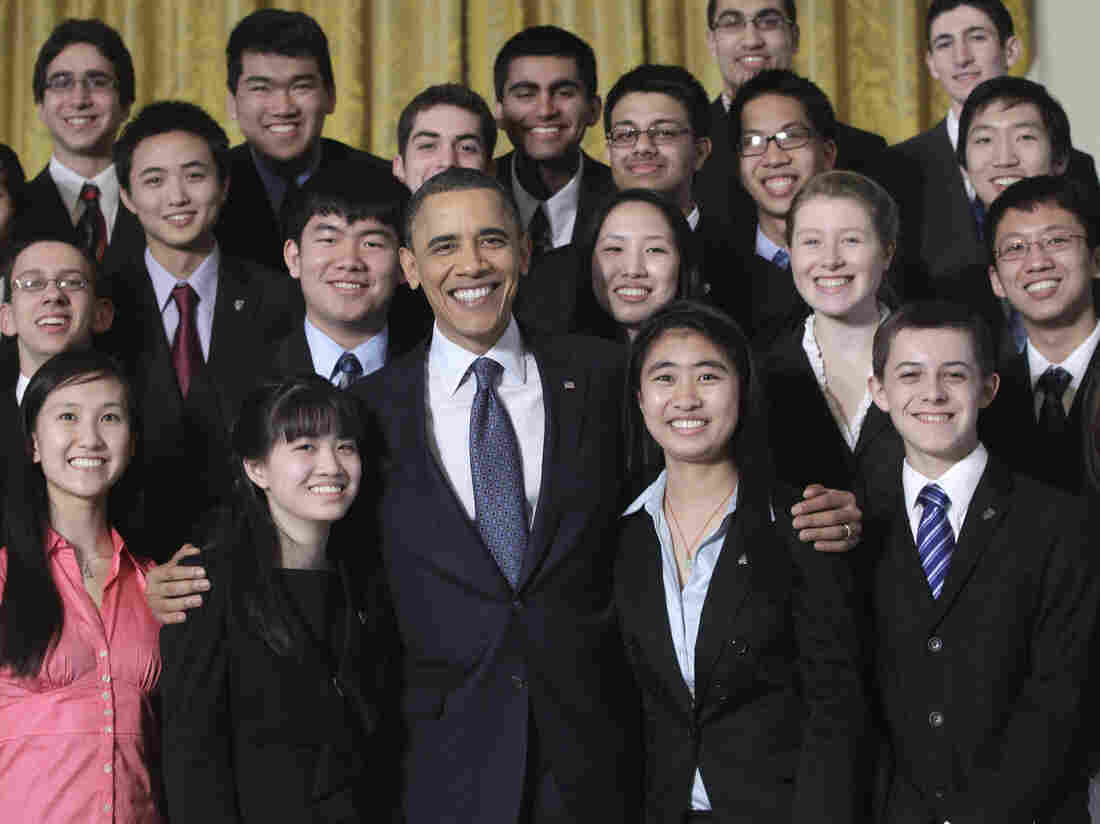 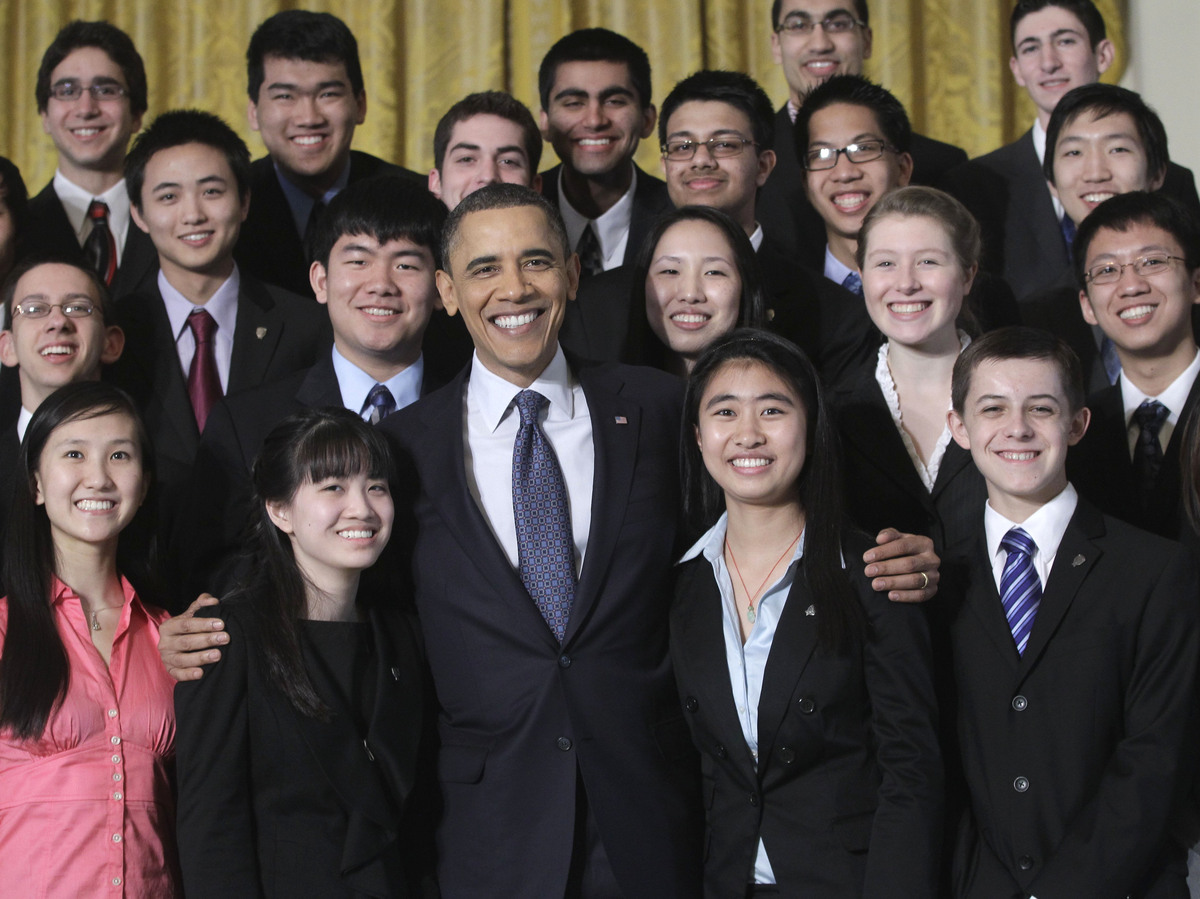 President Obama meets with student finalists of the Intel Science Talent Search 2011 competition in the East Room of the White House.

The giant semiconductor manufacturer Intel will be severing ties with a long- running science and mathematics competition that has awarded millions of dollars in prize money to America's top high school students.

Intel has been a corporate sponsor of the Science Talent Search since 1998, according to the Society For Science, the group that administers the contest.

The competition, according to the group's website has recognized nearly 3,000 finalists in its history and "served as the national stage for the country's best and brightest young scientists to present original research to nationally recognized professional scientists."

Some of the past winners and finalists have gone on to win Nobel Prizes, MacArthur Fellowships and other prestigious awards.

Intel has not released a statement detailing the reasons why it is ending its partnership with the competition. Requests for comment from Intel were not returned by the time of this posting.

The New York Times which first broke the news, reports the cost of the program is a fraction of Intel's revenue.

"Dropping support for the high school contest is a puzzling decision by Intel, since it costs about $6 million a year — about 0.01 percent of Intel's $55.6 billion in revenue last year — and it generates significant good will for the sponsoring organization. Intel has also increased the size and scope of the award, giving more than $1.6 million annually to students and schools, compared with $207,000 when it began its sponsorship in 1998."

It would also seem Intel is moving away from a concerted push to get more American students excited about entering STEM fields — science, technology engineering and math. As Fortune.com reports this move represents a "shift in priorities for Intel."

"The term 'STEM' has been in vogue in recent years among technologists as a way to regenerate the talent pipeline that plagues so many technical fields. It has captured the attention of those in the highest of offices; in 2009, President Obama launched his 'Educate to Innovate' initiative to bring together the public and private sectors, prepare 100,000 new STEM teachers in a decade, increase federal investment in such initiatives, and diversify the talent pool."

Just because Intel is moving on from helping America's youngest up-and-coming scientists doesn't mean it is out of the business of discovering the nation's top inventors. According to the Hollywood Reporter in August, Intel is partnering with Turner Broadcasting to create a technology-based reality show.

"TBS is taking its love affair with nerds to the next level. The network will soon air invention competition America's Greatest Makers (working title), the centerpiece in a new partnership between Turner Broadcasting, Intel and megaproducer Mark Burnett.

" 'Through this exciting collaboration with Intel, we are celebrating the spirit of innovation across the Turner portfolio,' said TBS and TNT senior vp unscripted development, late night and specials David Eilenberg. 'We look forward to working with Intel and Mark Burnett on America's Greatest Makers and can't wait to see the truly awesome technology that emerges from it.' "

Intel will continue its sponsorship of the Science Talent Search through 2017. According to a Society For Science press release in March, top winners and other finalists in this year's competition were given awards totaling more than $1 million.