Accessibility links
Flight 93 Memorial Center Opens 14 Years After Sept. 11 Attacks : The Two-Way The $26 million center in Shanksville, Pa., features 10 main exhibits, leading visitors through a chronological experience of the events of the day. 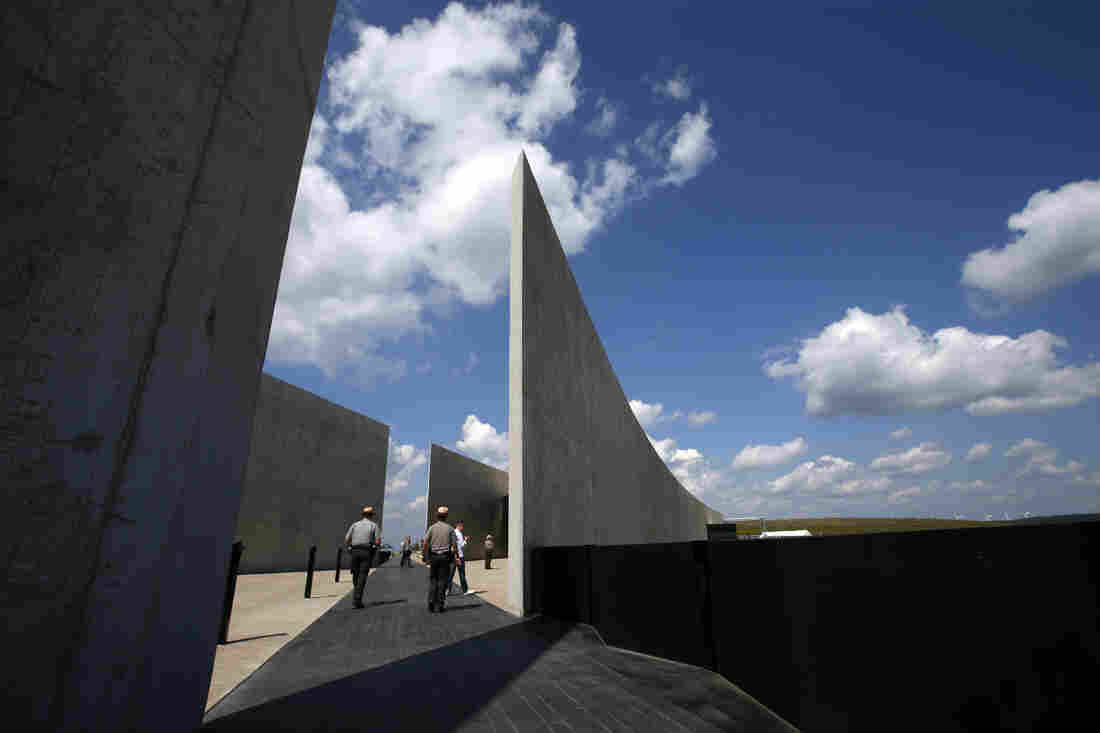 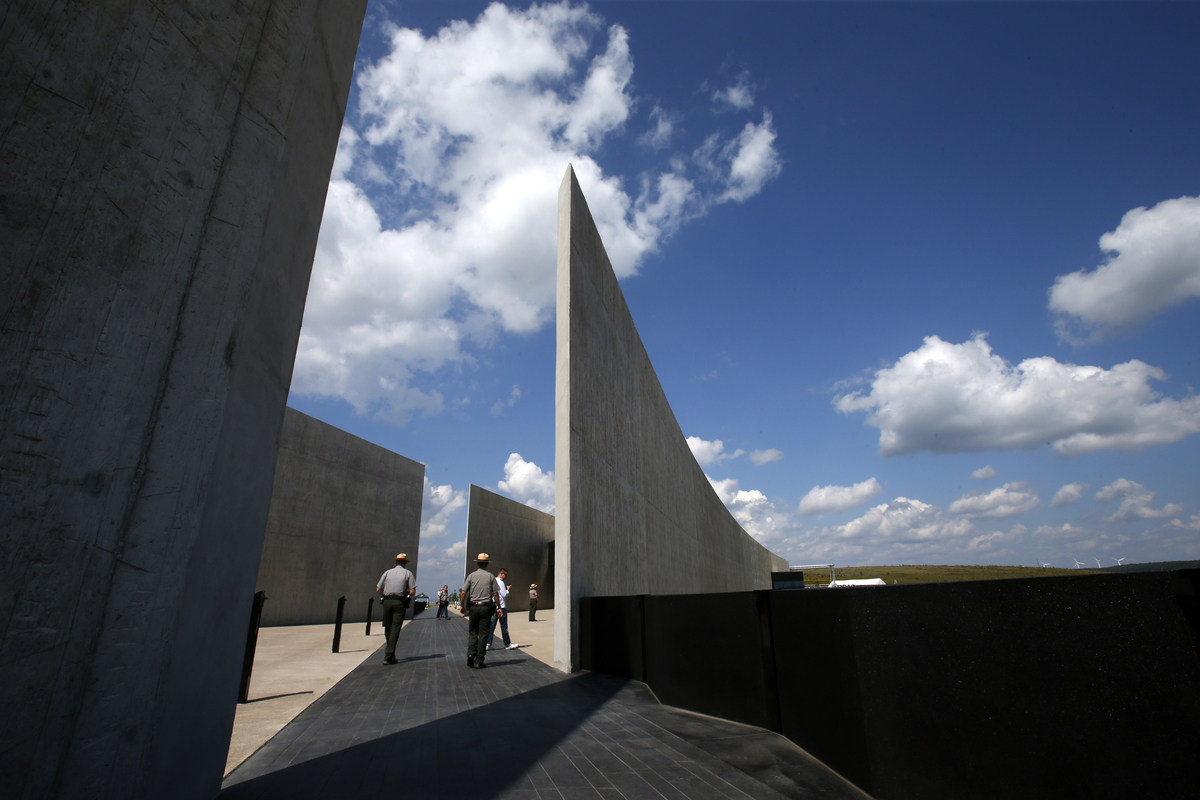 A $26 million visitor complex honoring the victims of Flight 93 was dedicated and opened to the public on Thursday. The United Airlines plane was one of four hijacked by al-Qaida on Sept. 11, 2001, and the only flight that didn't reach its target.

Passengers forced the terrorists in control of the plane to deliberately crash it in rural Pennsylvania. Forty crew and passengers were killed, along with the four hijackers. 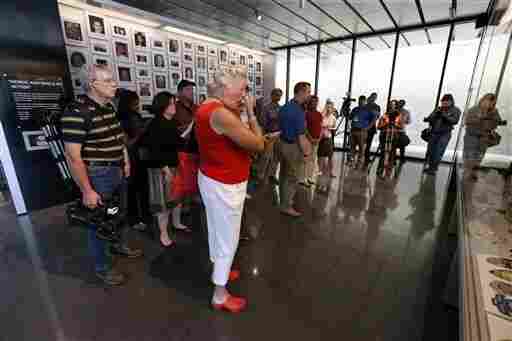 Visitors stand in front of a wall of photos of the 40 crew and passengers who perished in the crash. The center was formally dedicated Thursday. Gene J. Puskar/AP hide caption

Their presumed target was the U.S. Capitol.

Families of the victims got a preview of the memorial, located at the plane's crash site in Somerset County, on Wednesday.

Visitors to the memorial and museum, which is operated by the National Park Service, will see displays and artifacts commemorating all of the terrorist acts of Sept. 11, not just what happened on Flight 93. But the museum focuses on that plane's passengers and their stories and includes portraits of all 40 victims, as well as recordings of cellphone calls to family members as the disaster unfolded.

The Flight 93 National Memorial was designed by Los Angeles architect Paul Murdoch and includes a black granite walkway meant to evoke the plane's flight path and an overlook offering visitors a view of the crash site. A 93-foot display called Tower of Voices comprised of 40 wind chimes has yet to be built.