Accessibility links
Michigan Lawmaker Quits, Another Is Expelled Over Bizarre Sex Scandal : The Two-Way Tea Party-inspired Republican Rep. Todd Courser stepped down early Friday and Rep. Cindy Gamrat was forced out of the chamber after news of the scandal broke last month.

Michigan Lawmaker Quits, Another Is Expelled Over Bizarre Sex Scandal

Michigan Lawmaker Quits, Another Is Expelled Over Bizarre Sex Scandal 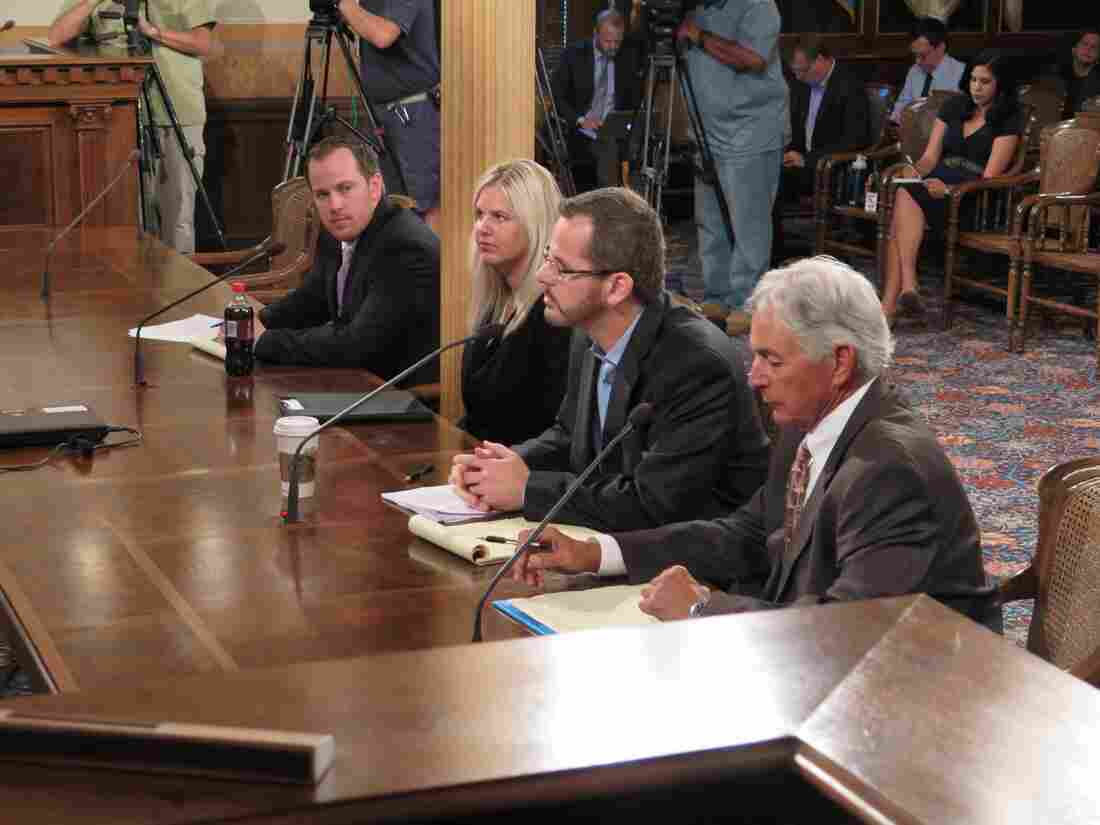 State Rep. Todd Courser (second from right), R-Lapeer, testifies before a House committee Wednesday in Lansing, Mich. Courser resigned amid a vote to expel him for an elaborate scheme to cover up an extramarital affair with a fellow lawmaker. David Eggert/AP hide caption 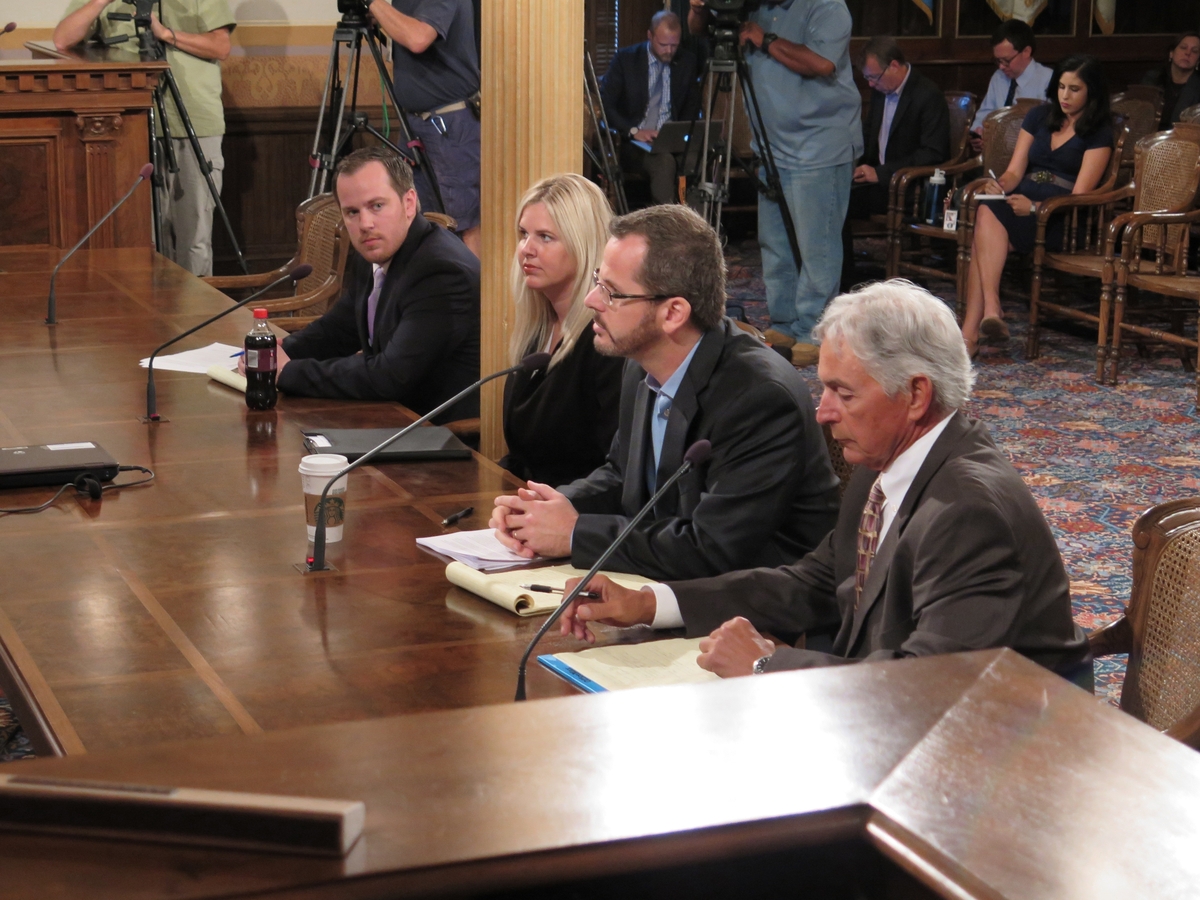 State Rep. Todd Courser (second from right), R-Lapeer, testifies before a House committee Wednesday in Lansing, Mich. Courser resigned amid a vote to expel him for an elaborate scheme to cover up an extramarital affair with a fellow lawmaker.

Michigan state Rep. Todd Courser announced his resignation at 3:12 a.m. today after hours of debate in the state Legislature over whether to force him out of the body.

"I felt it was the appropriate thing to do," Courser said. "I put everybody through a whole bunch, my family, constituents and the people in this room," he said.

Rep. Cindy Gamrat, with whom Courser allegedly had the affair, was expelled from the Legislature by a 91-12 vote.

"I firmly believe in restoration and redemption," she said after the vote. "I have done everything I can to redeem this situation, and I'm sincerely sorry for what this has caused. I still believe my actions warrant censure, but not expulsion." 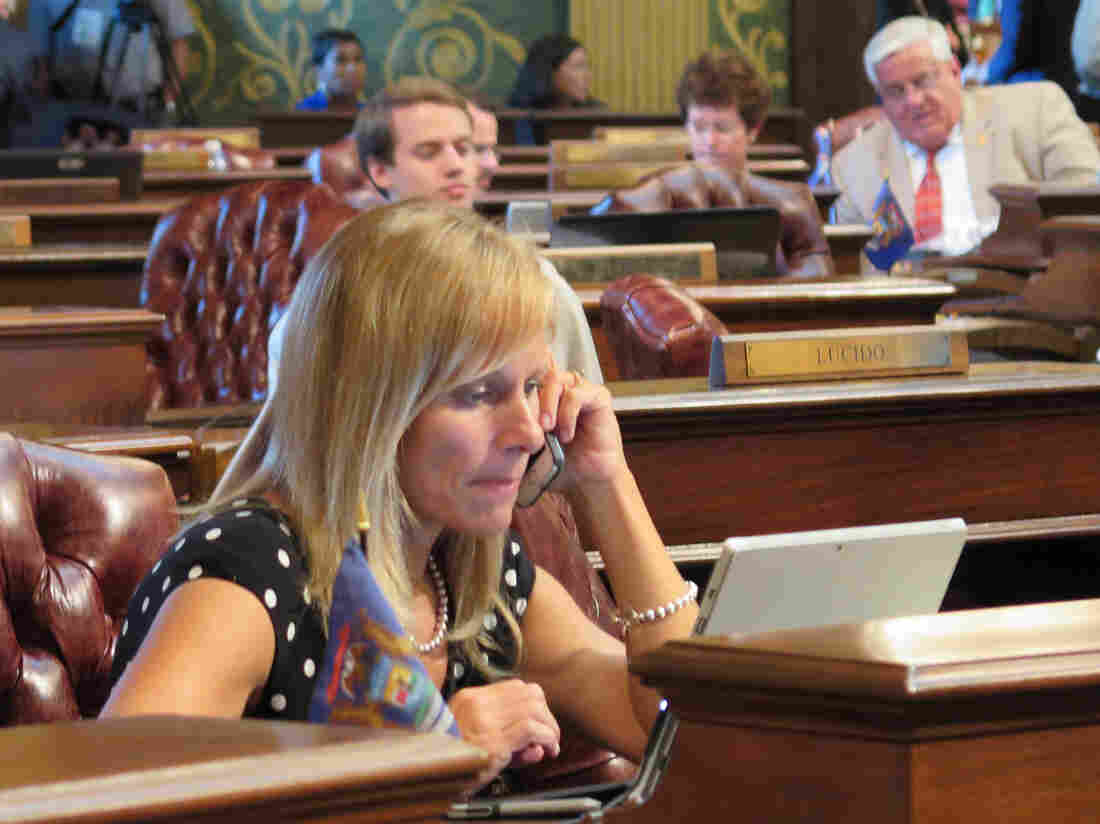 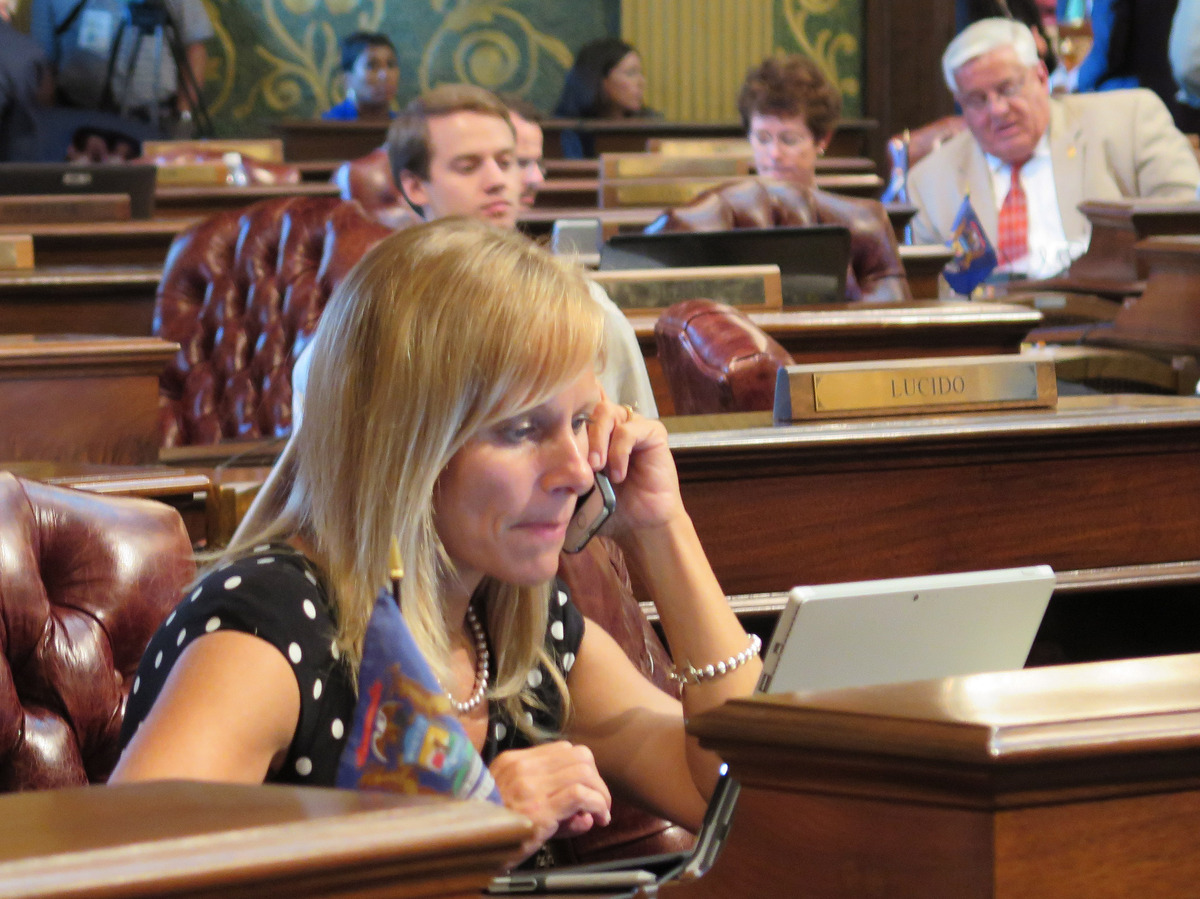 Michigan Rep. Cindy Gamrat, R-Plainwell, sits at her desk on the House floor last month. She was expelled from the chamber early Friday.

Michigan Public Radio's Rick Pluta writes: "Many hours of floor debate, cajoling, and, finally, a standoff that lasted through the night ended with Courser walking to the front of the House chamber to hand the clerk a brief letter of resignation. Courser then walked back to his desk, collected his things and was escorted out of the chamber by three red-coated sergeant-at-arms, who confiscated his key cards that got him into the parking lot, the House Office Building, and the state Capitol."

The Associated Press says Gamrat "declined comment as she left the Capitol with her teen son, her sister and her attorney at the end of a drama-filled, marathon 16-hour session."

As we reported last month, Courser — who, like Gamrat, has close ties to the Tea Party movement — was caught on tape planning to circulate an anonymous email containing a rumor about himself that he'd engaged in sex with a male prostitute. The plan, according to the recording between Courser and an aide who was subsequently fired, was that the email wouldn't be believed because of his conservative credentials and because Courser was married and had a family. The false rumor would help "inoculate" Courser from the charges of an affair with Gamrat, according to the tape.

In a May 19 conversation with aide Ben Graham, Courser, who has acknowledged the authenticity of the recording, is heard to say: "In a controlled burn, you do a little bit of truth mixed in with a lot of lies."

"Gamrat, from Plainwell in the southwestern part of the state, said she discussed the plot with Courser but did not know the email's graphic content before it was sent.

"On Thursday, a special House committee recommended the expulsion of both freshmen tea party legislators, who had based legislation on their Christian beliefs and clashed with GOP leadership even before the controversy broke. But the full chamber then deadlocked for hours, as more than two dozen Democrats in the minority refused to vote."

Gov. Rick Snyder has said he supports a criminal investigation against Courser and Gamrat to "bring closure to the issue for all involved."